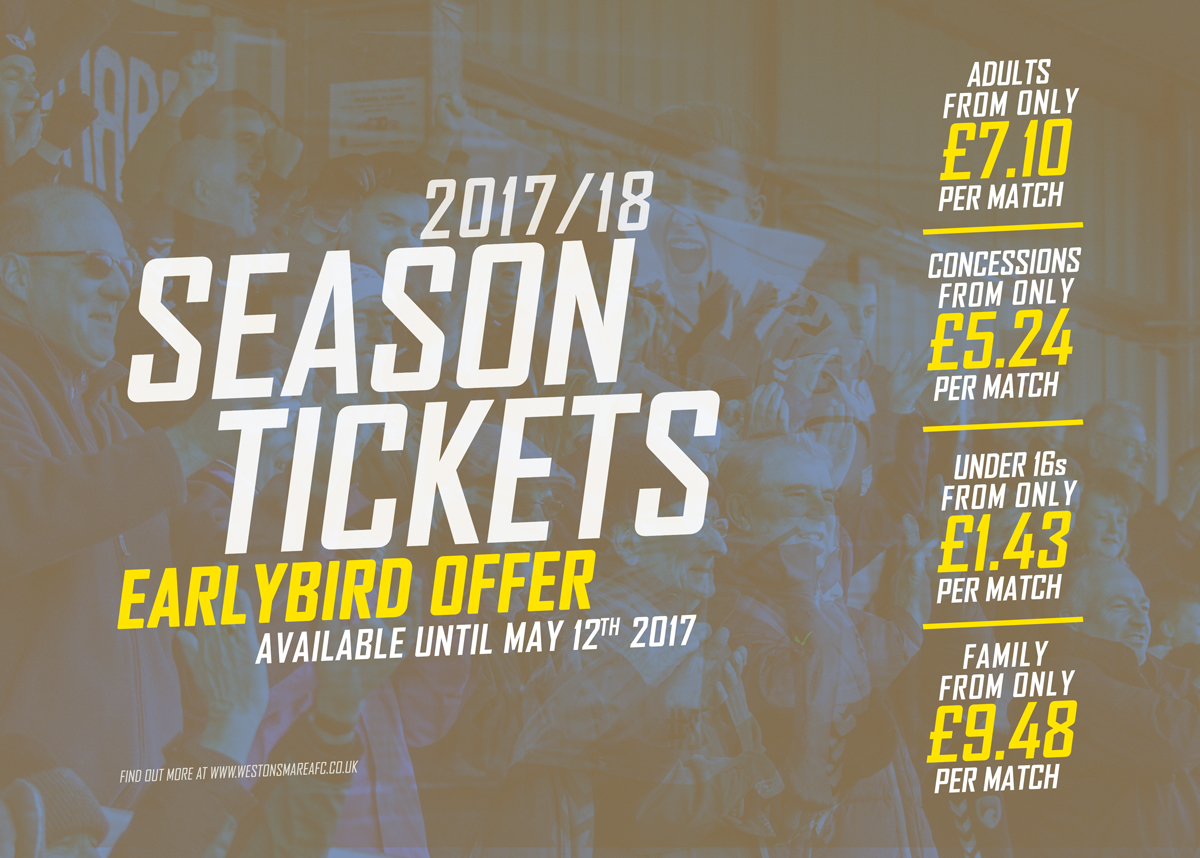 The club can now advise our supporters that after much discussion and price comparisons around the National League South, we have finalised both our pre-season and match day entry prices for the 2017/18 campaign.

Our match day entry price to sit or stand has increased by £2.00 for our 2017/18 National League South campaign.

PLEASE NOTE; All season ticket holders will also receive half price entry into all our home pre-season fixtures.

Neil Keeling, Commercial Director said, “Two years ago we reduced our ticket prices, as a thank you to our loyal supporters and to encourage new fans through the gate. This increase mirrors those of the 2014/15 season.”

“The open day was a great success, it was great to see so many new faces, particularly lots of families so hopefully we will see an increase in numbers of family tickets sold, this represents great value at just over £10 a match’’

“I’ve had a hard look around, and even with this increase we are still priced below the average League ticket price”.

Neil added, “Most importantly, I wanted to make sure that our existing loyal season ticket holders were not only given more for their money going forward, but I also wanted to give them the opportunity to buy their 2017/18 season tickets at this seasons pricing and that is why we are offering this early bird offer.”

More than just a ticket…..

As a season ticket holder, not only do you get the cheapest price per game but also a number of additional benefits. We have a range of new and existing benefits to look forward to in the coming season, see below

*e-programme downloadable from the website on matchday from 2:30pm on an afternoon kick off and 7:15pm on an evening kick off

*Concessions are defined as over 60s, students in full time education, members of the armed forces and NHS workers.

You can purchase your Early Bird Season tickets for the 2017/18 Season online now here or in person from the club bar office.