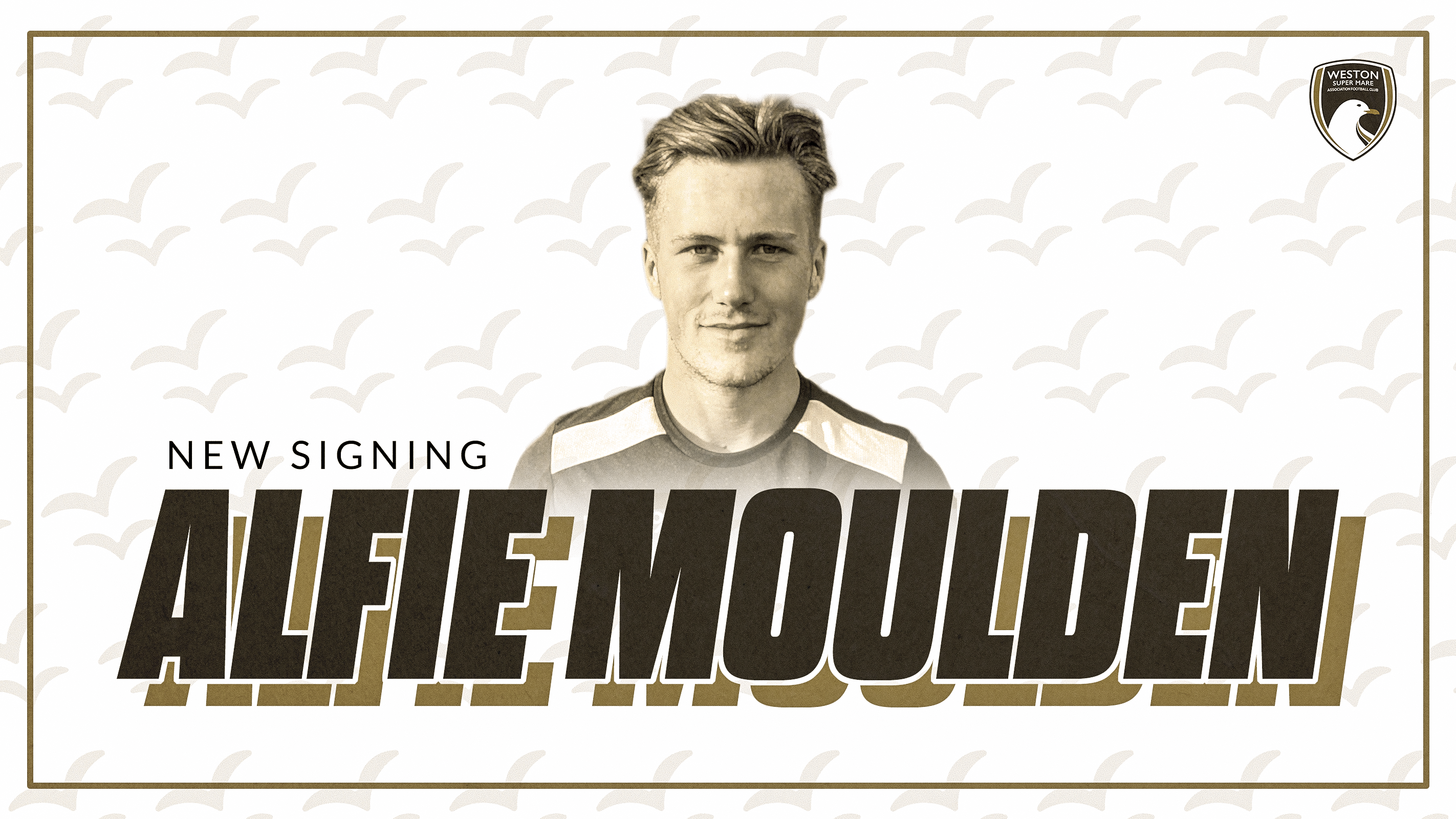 Weston-super-Mare AFC are delighted to confirm that young forward Alfie Moulden has tonight put pen to paper on a permanent move from Willand Rovers.

The 20-year-old has gained regular experience in senior football since the age of 16, playing his football in the Devon area.

Alfie had netted six goals in the Southern League Division One South this season from seven appearances prior to his move.

Primarily a striker, Alfie is also capable of playing on the wing or as a No.10.

Alfie is a good player and a good character.

“He’s been in with us for a week or two, he will fit in here, we are looking forward to working with him.”

When signing his deal at the Optima tonight, Alfie said:

I’m delighted to join Weston and I’m buzzing to get started.

“I’m looking forward to helping the team push on and score and create goals and excite the fans.

“The lads are all quality players and I’ve settled in straight away.

Hailing from Bradford in Yorkshire, Alfie began his career in the Bradford City Academy before making the move down south to Devon.

He gained his first experience in senior football during the 2017-2018 season, scoring eight goals in ten games for Langkey Town in the North Devon Football League Premier Division.

He then moved to Boca Seniors in the North Devon Football League Premier Division during the 2017-2018 season, scoring nine goals in 16 games for the club.

In August 2018, he signed for South West Peninsula League East side Ilfracombe Town, featuring regularly for their team while being dual-registered with Southern League Division One South side Barnstaple Town for the season, making six appearances and being an unused substitute twice for the latter side.

He also made one appearance for former side Boca Seniors in October 2018, playing in the North Devon Football League Premier Division.

He continued to play regular football for Ilfracombe Town during the 2019-2020 season, while also signing with Southern League Division One South side Bideford AFC in September 2019 on dual registration, not making any appearances for Bideford.

His chance would finally come at step four of the non-league pyramid when he joined Southern League Division One South side Willand Rovers ahead of the 2020-2021 season. The talented youngster netted 12 goals in 24 games while being an unused substitute once for the Devon club, assisting six goals along the way.

We would like to welcome Alfie to the club and wish him all the best when pulling on the Seagulls shirt.