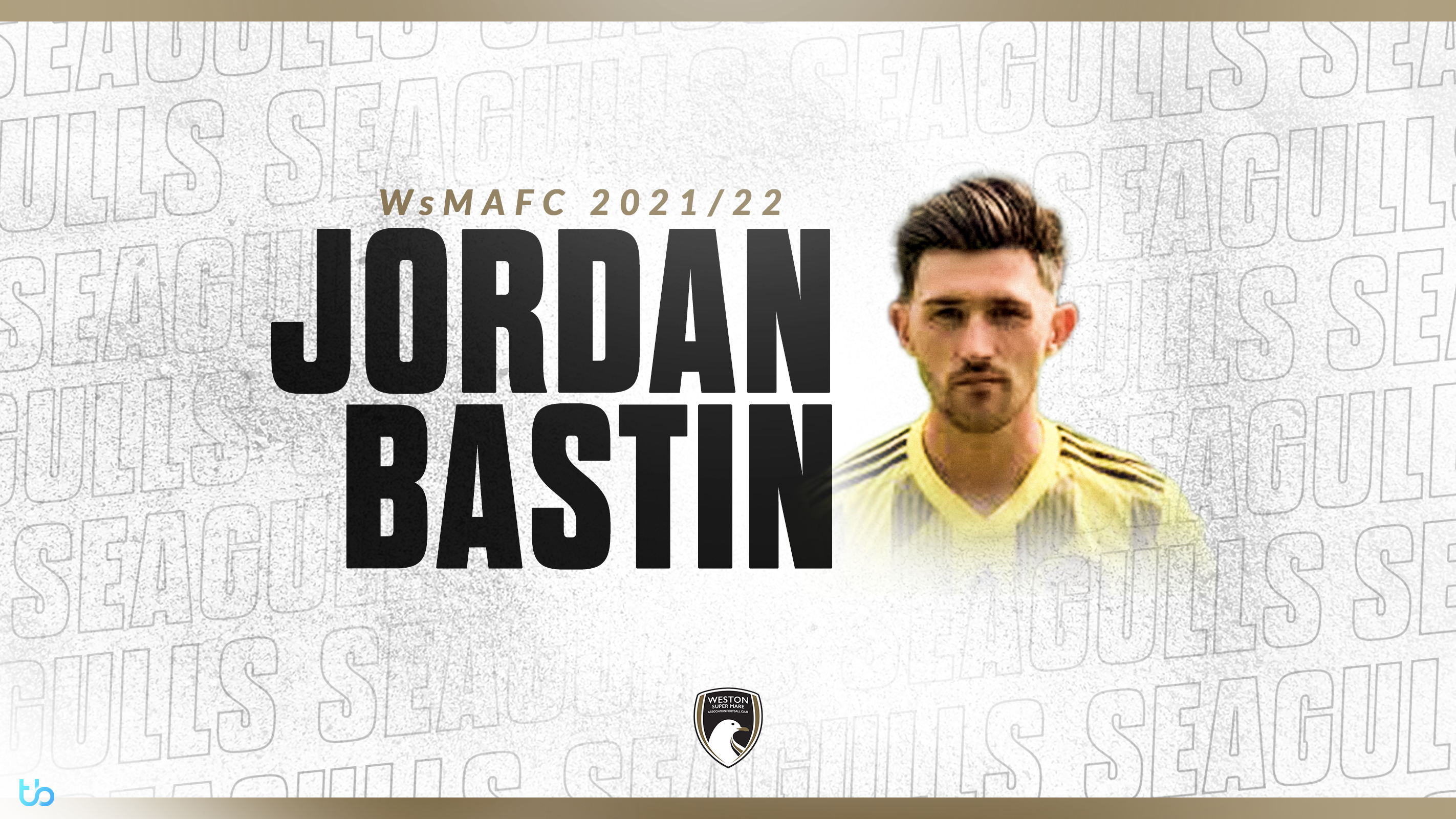 Weston-super-Mare AFC are delighted to announce that Winger Jordan Bastin has joined the club from Tiverton Town.

The 24-year-old is capable of playing on either flank, as a No.10 or upfront, scoring 16 goals and bagging 22 assists during his two years at Tiverton.

“Jordan is a really good signing for us, we had to work hard to get him because there was so much competition and we are delighted to have him.

“He is an attacking player with good pace, an aggressive runner with the ball who can beat a man and cross a ball. He works his socks off and can play on either wing or up front and has a good goals and assists ratio.
“We have tried to sign him twice before but it didn’t quite happen, he was loyal to Tiverton who treated him well and I liked that.
“He is one of the best around and is a brilliant signing for us”.

“I was going to come here last year but it didn’t happen for whatever reason but I’m glad to be here now.

“Weston’s always been a big club, everyone knows that, great footballing team. It suits me perfectly to be here playing football”.

He began his career in the Exeter City and Plymouth Argyle academies, before moving on to Tiverton Town, where he featured for their under-18s side and the Reserves. He helped the Reserves win the Devon & Exeter Premier Division in 2015 and the South West Peninsula League Division One East in 2016.

In the summer of 2017, Bastin moved on to Devon & Exeter Premier Division side Elmore FC, where he helped them win the league during his first season and earning promotion to the South West Peninsula League Division One East. During his two seasons at Elmore, Bastin netted 70 goals for the team.

He signed for Southern League Premier Division side Tiverton Town in July 2019, making the step up three leagues. During his two years at the Devon club, he made 44 appearances, scoring 16 goals and getting 22 assists. While at the Ian Moorcroft Stadium, he was named Tiverton’s Supporters Player of the Year for 2019/2020.

We would like to welcome Jordan to the club and wish him all the best during his stay with the Seagulls.