The Club would like to announce the signing Exeter City striker Ben Seymour on Youth Loan terms. 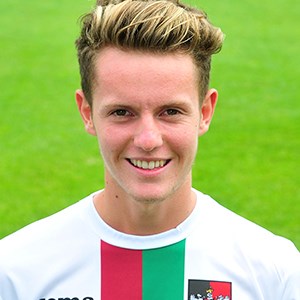 Ben signed his first professional contract at Exeter City in April. He has yet to make a first-team appearance for the club but impressed in last season’s FA Youth Cup. Ben has been included in the squad for tonight’s friendly against Forest Green Rovers.

Marc McGregor said of the player “We are really happy to add more quality to our squad as we prepare for the start of the league on August 5th.

“Over the next seven days we hope to complete additional signings which will put us in a great position for the season. The lads we are looking to bring in will be players that can add real benefit to us rather than just adding numbers.

There are exciting times ahead and this building process will continue throughout the season.”