The club is undertaking a collection for the Bobby Moore Cancer Fund as a way of not only recognising the invaluable work they do to support efforts to defeat bowel cancer across the United Kingdom but to coincide on 30 July with celebrations to mark the 50th anniversary of England winning the World Cup in 1966. 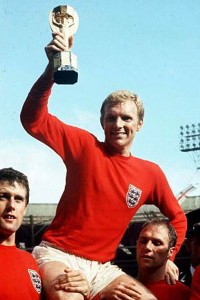 All 68 clubs in The National League have been requested to come together to take up financial collections and then with the League itself to make one overall and sizeable donation, which will be meaningful, not only by the amount raised by all contributing but it will enhance the profile of the Fund. The overall donation to be presented will compliment the sterling work conducted under the name of the late England captain, who is an iconic figure in the world-wide game we follow and all involved with the aims and objectives of the charity portray the same passion and commitment shown by the man himself when he played for his clubs and country.

Please give generously and thank you for your contribution.