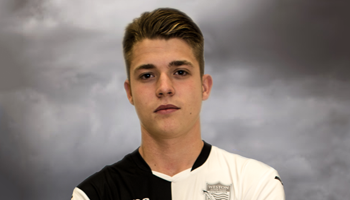 Weston-s-Mare AFC are pleased to announce that we have reached an agreement with Sky Bet League One side Barnsley for the transfer of Brad Ash for an undisclosed fee.

Brad has been developed by Weston-super-Mare Football Club having joined the club at 16 years old. He broke through as a regular this season, under Ryan Northmore who also coached him in the youth team. This season Brad has scored 14 goals and has set the National League South alight including a hat-trick against St.Albans.

Weston Director of Football, Ryan Northmore said “Brad has been excellent to work with, he fully deserves his chance in League One and he is a shining example of what can be achieved for our academy players. We have a partnership with Churchill Academy and we are already planning for the next ‘Brad Ash’ to break through.”

Brad played in the Conference Alliance Youth League for Weston-s-Mare AFC and progressed through the youth team and into the Senior squad. Brad is one of ten senior squad players to take that route, more than any other club at this level.

Ash said “I’ve been given the chance to play at National League level and it’s given me the platform to move into Professional football. I’ve worked under Ryan for three and a half years and it’s been a fantastic experience. I have loved my time at Weston, the fans have been great to me and my team-mates have been great. I’m proud of my time at Weston but the opportunity to play in League One was too good to turn down.”

Weston AFC have set up to produce players locally to represent the team. They have an academy which has supported the first team tremendously well and the partnership with Churchill Academy is flourishing the plans are in place to produce the next Brad Ash.

If you think you can emulate Brad Ash’s achievements then contact Weston Academy directly on 07414965005 or via email enquiries@wsmafc.co.uk