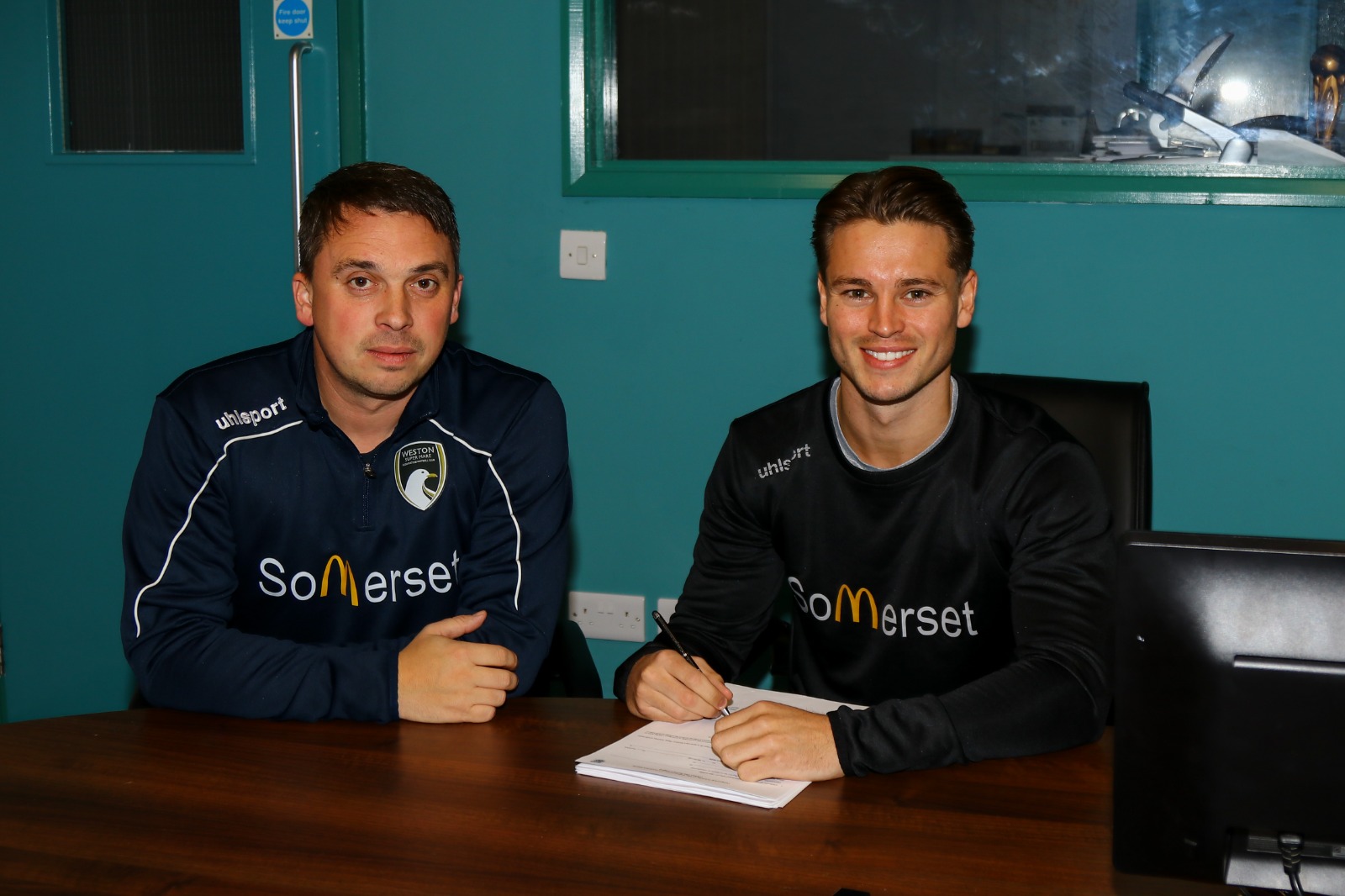 An opportunity arose to bring Jacob back.

He needs no introduction to Weston-Super-Mare AFC and we are looking forward to having him in our squad.”

Cane joined the Exeter City academy at a young age and progressed up through the ranks with the Grecians, becoming an under-18 player at the start of the 2010-2011 season. While an under-18 player at Exeter, the midfielder was part of the side that reached the National League Youth Alliance cup final before he signed his first professional contract in May 2012. During 2012-2013, Cane made one appearance and was an unused substitute once for the Grecians.

In September 2013, Cane once again returned to Poole on a one-month loan, this time in the Southern League Premier Division, and made seven appearances for the Dolphins.

In March 2014, the midfielder went on loan to Southern League Premier Division side Weymouth for a month, which was then extended until the end of the season. For the Terras, the loanee made 11 appearances and got one assist, while being an unused substitute twice.

In May 2014, Cane was released by Exeter having made one appearance and been an unused substitute once for the first-team during his time at Exeter.

In the summer of 2014, Cane joined Weston for the first team and had a successful five years in BS24, having been made club captain from January 2018 and lifting the Somerset Premier Cup 2017-2018. Cane made 206 appearances for the Seagulls and was an unused substitute 14 times, as he scored 14 goals and assisted 21 goals during his first spell with the Seagulls.

In June 2019, Cane left the Seagulls and headed to National League North side Hereford FC, making 14 appearances and being named an unused substitute twice, while scoring one goal and getting three assists.

We would like to welcome Jacob back to The Optima Stadium.