Club reporter Liam Drury caught up with skipper Jacob Cane to get his thoughts on how preparations for the new season are going. 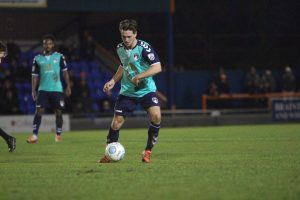 How do you think the team’s going to do this season? Is a Playoff push on the cards?
I’d like to hope so, yeah. Obviously, we lost Danny at the end of last season and we lost Dayle midway through last season but we’ve made some good additions, the trialists are looking good. If we can get a couple more added, then I think we can definitely push for the Playoffs. 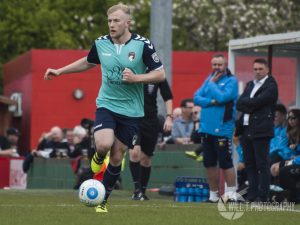 Personally, for you, what are your targets for this season?
I want to play as many games as I can, to contribute as much as I can towards every game. You want to win every game and finish towards the top of the table or in the Playoffs. We want a chance of promotion, and that’s the highest goal for us.

How hard has the fitness work been so far, in training?
Compared to last season, it’s been harder. It’s been a lot hotter, we’ve done a lot of fitness but also done a bit of ball work. Macca and Chops have mixed it up really well and it’s been good.

Have you tried to add anything to your game over the summer?
Yeah, I want to score more goals. In the last few pre-season games, I’ve been trying to get into the box a little bit more, and yeah, that’s something that I’ve been trying to add. I would also like to try and add some more longer passes to my game as well.

You’ve been captain for the last six months. How have you found being captain so far?
Yeah, I’ve enjoyed it so far and it’s been nice. Obviously for any player, it’s a privilege to be a captain of the club. It’s nice to lead the boys out on matchdays. We’ve got plenty of leaders within the dressing room so it’s not really a massive deal for me at the club but everyone took it on board when I was given the armband. Everyone within the dressing room respects each other really well, and that’s what you want in a dressing room. 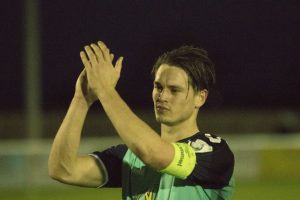