The Board have announced that after three and a half years Neil Keeling will be stepping down from his role as Commercial Director at the Club.

Due to increasing family and business commitments Neil feels it is necessary to reluctantly curtail his duties within the commercial environment of the club. Whilst retaining his Directorship on the Board, Neil will be part of the process in finding a suitable replacement to ensure the level of service is maintained with the Club’s valuable sponsors and all commercial aspects of the Club are kept moving in the right direction. 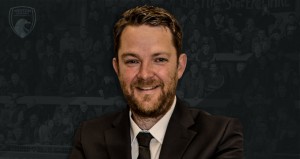 Neil said “I hope my time as Commercial Director has helped the Club achieve a better and more professional image both to the fans and the wider community. The business relationships the Club has built in the past few years have formed a solid foundation for the Club to push on and achieve better things. I owe it to my family and everyone at NK Sports to now focus my time with them. The Seagulls will always play a part in my life and I will always help out wherever and whenever I can, who knows what the future may hold”

On hearing of Neil’s decision, Chairman Paul Bliss said on behalf of the Directors, “we are greatly indebted to Neil for his substantial contribution in not only raising the awareness of the club in the town but also for the great sponsorship deals he has negotiated during his time with us. We would like to publicly thank Neil for his efforts that we hope a successor will be able to build on.”

Managing Director Oli Bliss added, “I would like to thank Neil for his support over the past few years. I knew he was going to be an asset to the Club when I asked him to join. I have known Neil for many years and it has been a pleasure working with him. It is good that he is be remaining on the board and like Neil has said, who knows what the future will hold. I wish him, his family and his business all the best.”