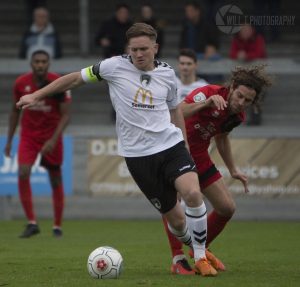 It can’t have gone un-noticed that Dayle Grubb is no stranger to finding the back of the goal-net. The midfielder has impressed so far this season netting 13 times in the league, and is currently sitting at the top of the scorers table for National League South, racking up the impressive tally of goals in a total of 1619 minutes on the pitch so far this campaign, scoring a goal, on average, every 125 minutes played.

But did you know that Dayle is also currently the highest scoring player in the top six tiers of English football in 2017?  With 28 goals under his belt for the Seagulls this calendar year, he sees Harry Kane trailing behind by him by one goal having scored 27 for Tottenham Hotspur, and Christian Doidge of Forest Green Rovers having 24 goals to his name sitting in third position, ‘Grubby’ is truly soaring as his form goes from strength to strength. 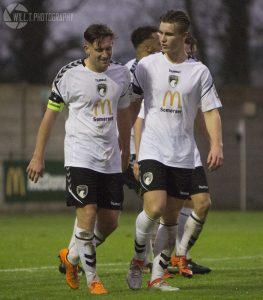 An ever-present member of the team since his debut in December 2008, the 26-year-old midfield maestro is arguably one of the greatest successes of the Weston AFC Academy.

Manager Marc McGregor commented on the impressive statistic, “It is an outstanding achievement and it’s great for Grubby to be recognised. The form he is in right now is all down to his hard work within all aspects of his game.

I still believe there is more to come from Dayle, currently, he is the most outstanding player of our league without a shadow of a doubt, I believe he could do exactly the same in League Two or even League One. This would be an opportunity that is no less than he definitely deserves.”