In the last week, the Weston Women’s team have seen their manager, Josh Donoghue step down from his role due to outside work commitments. He has decided to continue as an assistant within the team.

Managing Director Oli Bliss has chosen Stacie Morrissey, (Women’s Academy co-ordinator), to stand in as the team manager for the remainder of this season as she has worked with the team and also alongside Josh from day one after setting up the team herself back in 2016.

Stacie added, “I would like to thank Josh for the work he has put into the team, from day one he has shown real passion and determination which seen him lead the women through their first promotion and also it has been inspiring to see Josh grow as a coach with the team. I am honoured to stand in place for the rest of the season and understand he had to make this decision for the benefit of the team, We will make sure the right replacement is put in place for the team for next season who can replicate the great efforts in which Josh put in.

It is a crucial time in the league with three League games remaining and a chance of a second promotion dependant on these games, but I am confident that with the coaching staff I have on board who have all shown great quality’s along with the outstanding bunch of women we have on the team that we can work together to achieve the results we seek.” 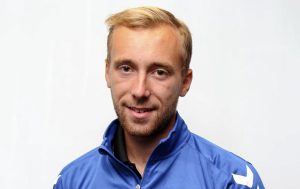 The management will look to implement a few changes as of next season, but for now Stacie and Josh, along with other team coaches Phil, Kaine and Dean will work as a team to complete the season in hand.

Josh commented, “It has been a privilege to work alongside the team for the past two seasons and lead them to promotion in the first season together, coupled with what appears to be another successful season. I would like to thank all the players that have played under me here at Weston for all their hard work and commitment. I would also like to take this chance to thank Phil and Stacie for all the help and support in this time. I am sure the team will continue to succeed in what they do and I look forward to continuing to be a part of this.’