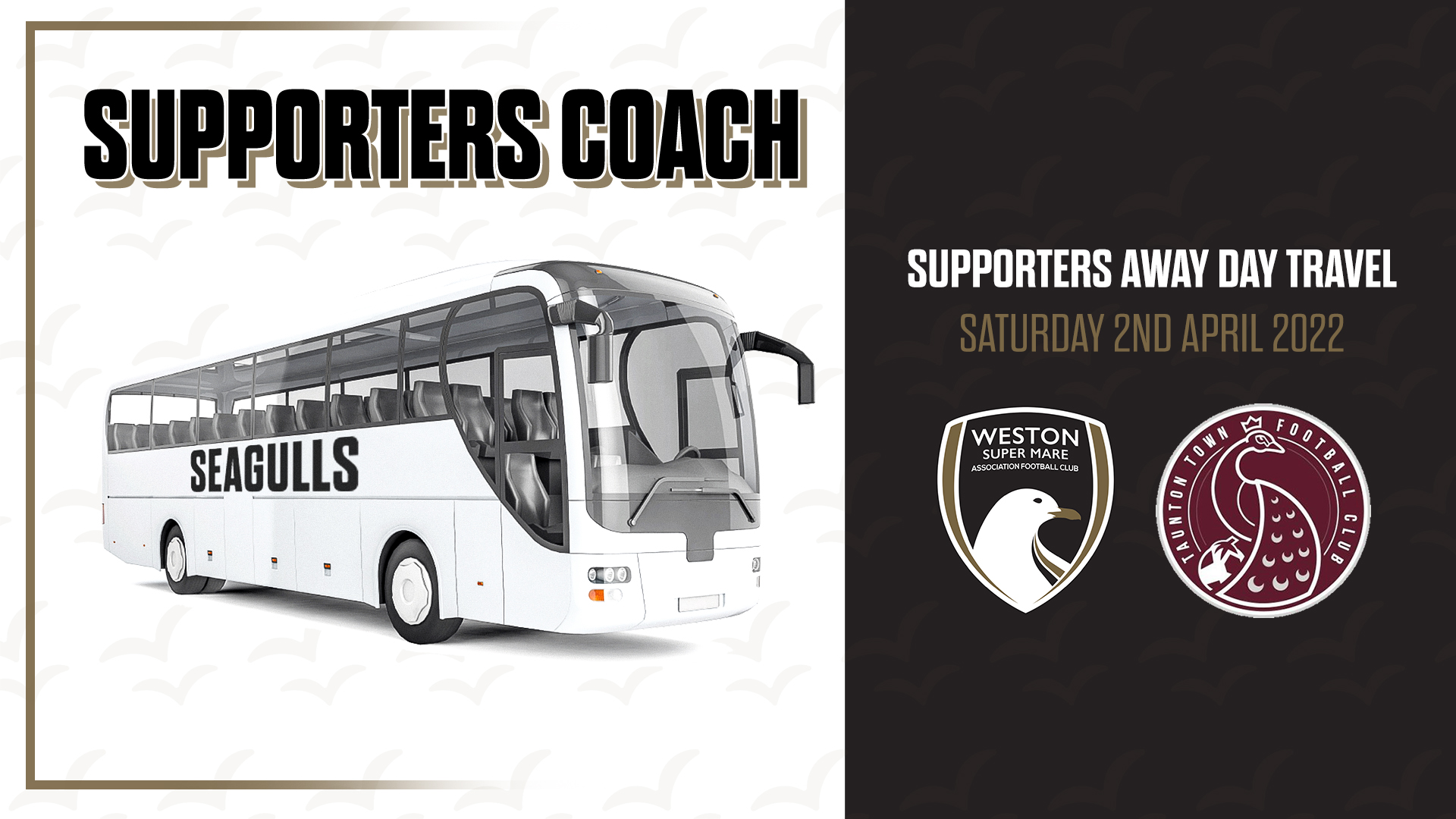 Weston-super-Mare AFC are delighted to announce that first team management and players plan to subsidise a supporters coach for our away trip to Taunton Town by 50%.

The coach has been organised by a group of Weston-super-Mare AFC supporters, but if filled, first team management and players will contribute 50% of the coach cost.

The saving will be passed directly onto supporters, reducing a supporters coach ticket from £9.80 to £4.90.

We can’t thank the supporters enough for the way they have got behind the team this season, win, lose or draw its been incredible.

“This is only a small gesture by myself and the staff really, but our numbers both home and away have grown and we wanted to find a way to show our appreciation.”

It’s great to hear the first team management and players are subsidising a supporters coach, the support home and away has been fantastic.

“The Club will be looking to do something towards the end of the season.”

Coach tickets can be booked on a first come first serve basis via supporter Russell Morris. He can be contacted via phone 07494444511 or email russellshutt@yahoo.co.uk