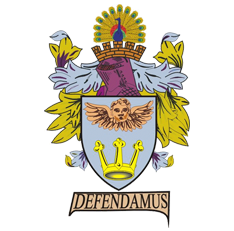 On a wet night at Viridor Drive, the visitors, Weston, knocked out their relatively inexperienced hosts, Taunton Town, thanks to goals from substitute Jason Pope, striker Irnti Rapai and central midfielder Jarrad Welch to secure a pass into the Quarter Finals.
Using a 3-5-2 formation, and different faces to that of a usual match-day, Weston started, and maintained, their strong start throughout the game. Jake Lee scuffed a shot wide from 25 yards, with Welch rounding Lloyd Irish moments later, however the former Seagulls stopper stood big to kick the ball away from goal as Welch ran out of room to shoot.
Jake Reid took a diagonal ball from Danny Greenslade, but couldn’t connect properly with his shot and the ball rolled into Irish’s arms. Skipper Ash Kington saw his shot from 25 yards deflected over, and from the corner, Welch’s 18-yard effort was deflected past the post.
Kington slipped Reid through on goal, but a combination of Irish and defender Tom Stone put the ball behind for a corner. Reid continued to get his fair share of chances, hitting the ball over on the bounce from 18 yards before a sitter came. Welch reversed the ball into Greenslade, who drove a cross in but the experienced forward could only volley over from 2 yards out.
After the interval, Taunton’s youngsters appeared to have taken heart from the scoreline so far, calling Liam Kingston into action for the first, and last, time all night, the young keeper flinging to his left to prevent a 20-yard shot from hitting the back of the net.
Welch continued to run in behind, his first-time cross to Lee being prodded at goal by the versatile player, but Irish made himself big and stopped the effort. Two minutes later, Welch cut back for Kington, who sliced wide on his left foot from 18 yards.
Substitute Jason Pope was to get the 10-minute period of goalscoring around, when he latched onto Kington’s ball over the top. The wing-back dallied, and his cross-shot, looking destined for the far corner, struck an outstretched Taunton leg and broke the deadlock for Pope’s first Weston goal since March 2016.
A second quickly followed when Reid flicked a ball through for Albanian Rapai, who composed himself and slotted the ball into the bottom corner for 0-2. Just after the hour mark, Welch was to round off the scorng when he cushioned a bouncing cross from Pope by using his body, and drilling into the far corner.
Weston continued to put pressure on Taunton, firing crosses into the box. Reid went close on a few occasions, with Lee nodding over from Jamie Laird’s cross as the night drew to a close.

MOTM: Jarrad Welch-Impressed with his forward runs from midfield, looking to get into the channels and arriving in the box to meet crosses at every opportunity.