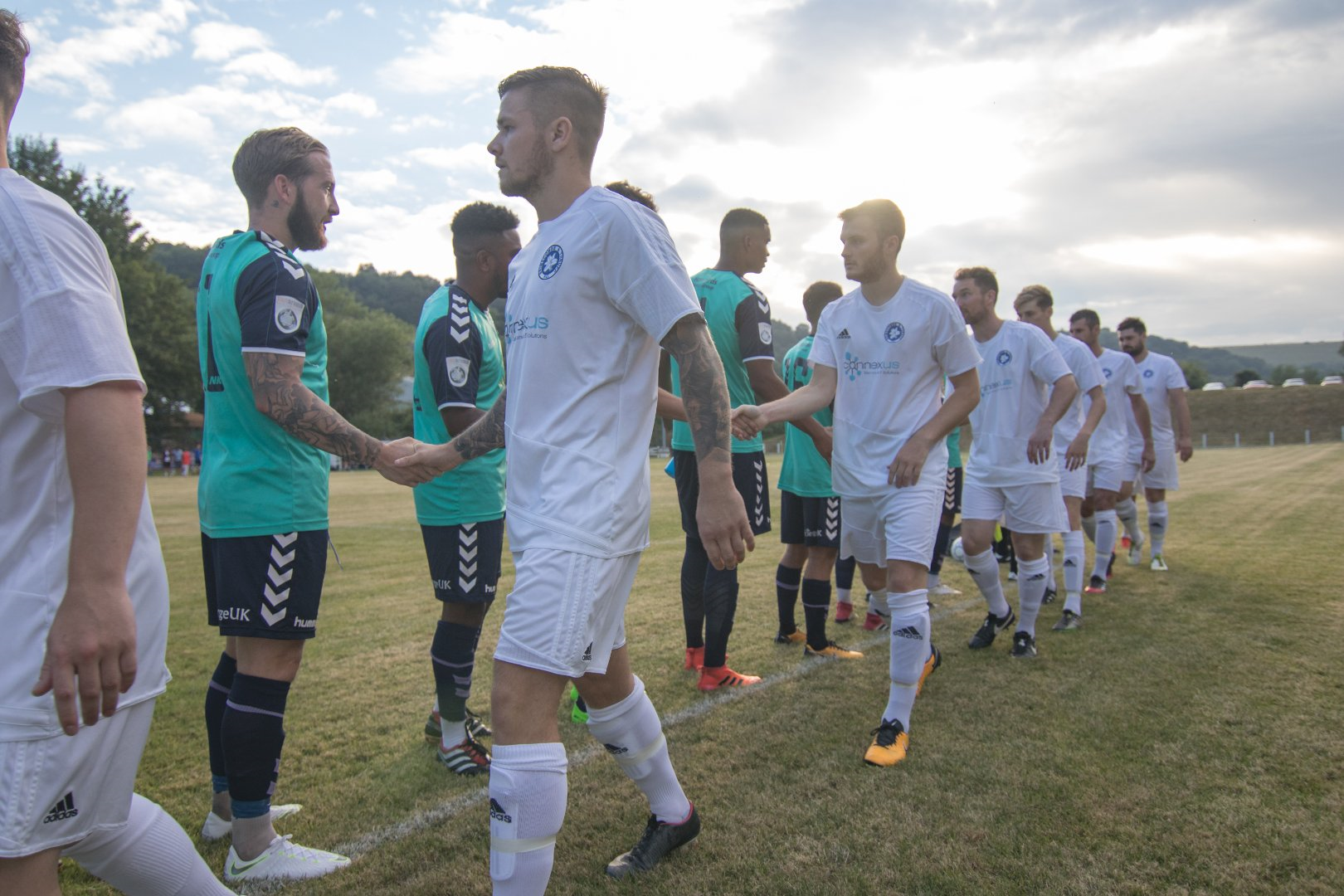 Away to Brimscombe & Thrupp, an experimental Seagulls side came away with the win but were made to work for it in a 3 – 4 victory. 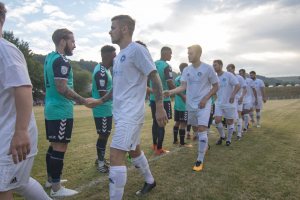 Weston didn’t get off to the start they wanted though. Harrison Reeves was allowed time on the ball and managed to beat his man before dispatching his shot past young shot-stopper Liam Kingston and into the back of the net.

Jarrad Welch’s cross was glanced narrowly wide by the head of Gethyn Hill before the Welshman Welch played a one-two with Tristan Plummer who launched an inswinger that was pushed away by the Brimscombe keeper.

Weston were back on level terms just before the half-hour mark when a clipped ball over the top from Welch towards Hill was hastily and poorly cleared by the Brimscombe number one. The ball rolled towards new signing Ben Swallow, who simply lifted his effort from outside the box over the keeper’s head and into the unguarded net.

Hill had a chance to put Weston ahead when a ball into the box released the striker who was taken out for a penalty. However, after dusting himself off to take the spot-kick, the Welshman uncharacteristically blazed the ball way over the bar and it was a let off for the home side. 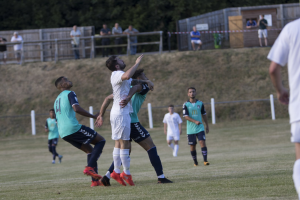 Two minutes later, Brimscombe were ahead again but to no fault of Kingston’s. A free-kick into the box forced the Somerset Premier Cup semi-final shootout hero of last season to make two saves, but the ball was fired in on the third attempt to put the hosts 2-1 up.

On the cusp of half-time, Weston were level again when a Jordan Williams throw towards Welch conjured up something special. A pass back to the left-back may have been the more viable option, however as Seagulls supporters know, the 19 year-old midfielder rarely takes the easier option. Getting the ball out his feet to nudge it away from the defender and create a yard of space, Welch curled a fantastic shot in off the far post.

After the interval, it took Brimscombe ten minutes to regain the lead. The tricky winger ran past Jason Pope and the Weston left-back far too easily and managed to square the ball across to Josh Jones, who sweeped in to the back of the net.

As the Seagulls tried to search for a pre-season win frustration festered, and when Jamie Lucas could only slam wide on his right foot from six yards, despite the defender running back seemingly going through the back of him as he took the shot, it didn’t look like it would be Weston’s day.

Weston drew level for a third time though when they earned a free-kick from 20 yards out. Phipps stepped up to the set piece and somehow managed to curl his effort around a six-man wall and into the bottom corner, leaving the keeper with no chance. 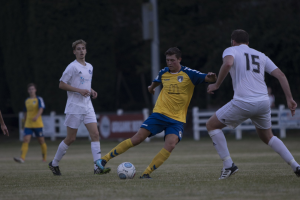 A few minutes later, Weston were ahead when Lucas was allowed to drive forward. With space opening up in front of him, the striker drove his shot inside the keeper’s near post from 25 yards to put the Seagulls in front for the first time.

The last chance of the game fell to Jacob Cane. After a sweeping move fell to the midfielder just inside the box, the captain could only fire just wide of the post as the referee blew for full-time.

MOTM: Jarrad Welch – Starting the season as he left off, pulling the strings in central midfield and keeping the ball well. Always looking for the pass forward and scored an equally good goal from outside the box.