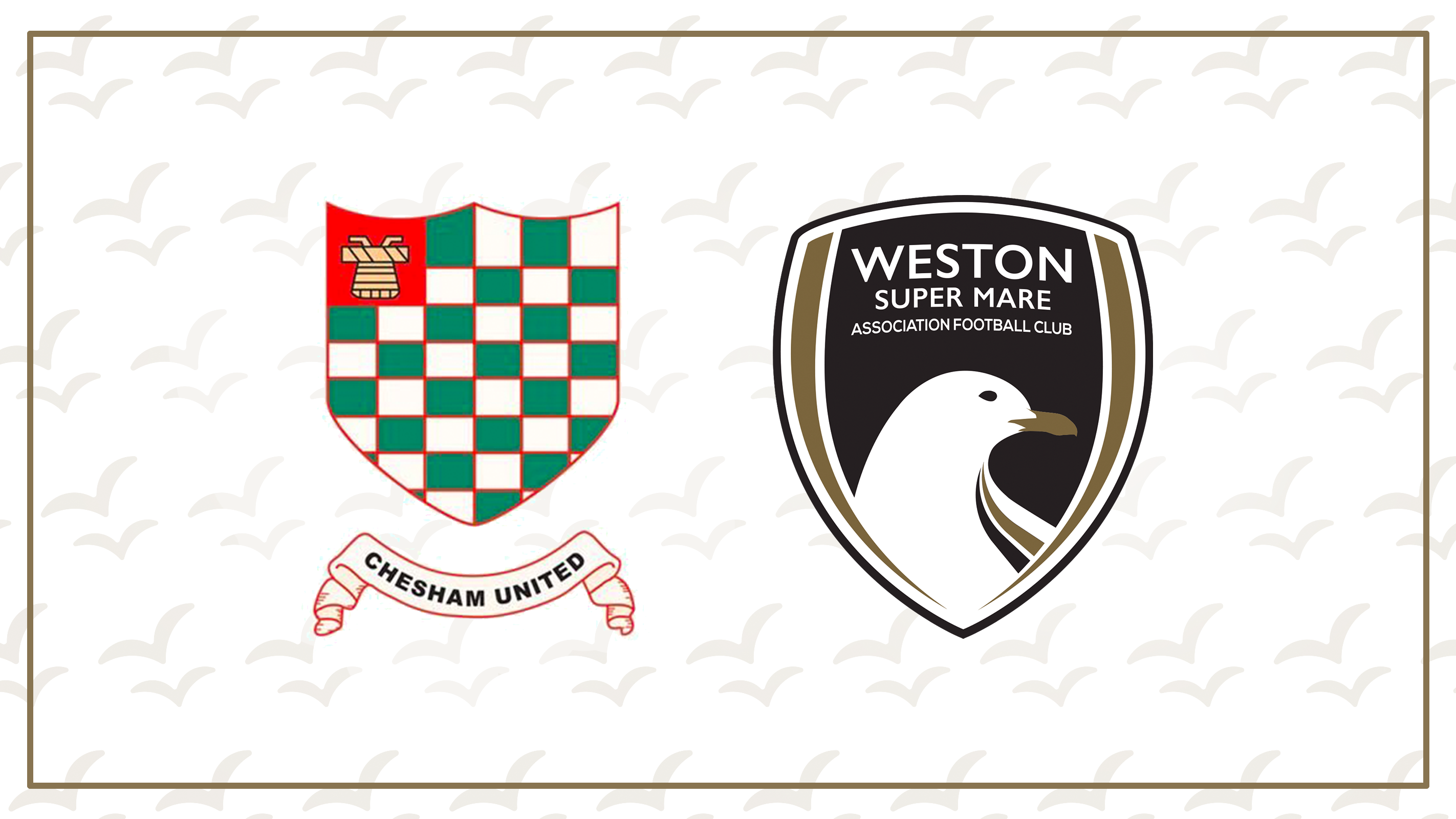 An early strike from Elis Watts and a Max Harris penalty save ensured that Scott Bartlett’s side drew 1-1 away to their playoff rivals.

The Seagulls were the first side to have an attempt on goal, and it proved to be a crucial one. Max Harris’ long kick forward was played back to Sam Beasant by one of the Chesham defenders, but Beasant’s clearance wasn’t clean enough. The ball bounced to Watts, who tried to find Dayle Grubb first-time with the pass. The No.10 looked to weave his way beyond Eoin Casey but the centre-back got in between man and ball to steer it away.

The ball broke for Watts on the edge of the area, and he swept inside Beasant’s near post from a central position 20 yards out to break the deadlock.

Harris was forced into action for the first time when he was forced to get across his goal and push Zak Joseph’s bouncing 25-yard effort away for a corner.

The Weston No.1 would be forced into action a couple of minutes later as well when Joseph was brought down inside the area as he tried to find a way past Seagulls skipper Keiran Thomas. Bradley Clayton stepped up to the penalty spot, his effort toward Harris’ left-hand side being met equally by the Seagulls stopper and being pushed round the post for another Chesham corner.

Lloyd Humphries had an attempt for Weston 20 yards out from Grubb’s layoff, but he dragged his effort wide of the target.

Chesham would find themselves level six minutes before half-time when a corner into the box was flicked on toward the back post and Clayton reacted quickest to slide his shot through the legs of Harris and over the line to make the score 1-1.

Jaden Thompson-Brissett had the first attempt of the second half when played in down the left-hand side of the box, but his shot across goal was narrowly wide of the far post. Watts curled narrowly over the angle of post and bar on his left foot inside the area after he had recovered Marlon Jackson’s cross, but Clayton fired over from 20 yards down the other end.

Watts had a chance at the back post after Scott Laird’s cross dropped his way, but he couldn’t get his head over the ball and fired it over the crossbar from six yards out. Humphries fired straight at Beasant from 20 yards after Jackson had found the No.8, before Harris was forced into action by pushing away a Clayton attempt from inside the area.

Weston looked to have the better of the final exchanges when pushing for a winner, Grubb coming the closest as he beat a couple of men in midfield before carrying the ball forward and seeing his 25-yard shot strike the post before bouncing away much to Chesham’s relief. Humphries had the final shot of the game when his powerful 20-yard attempt was held comfortably by Beasant.