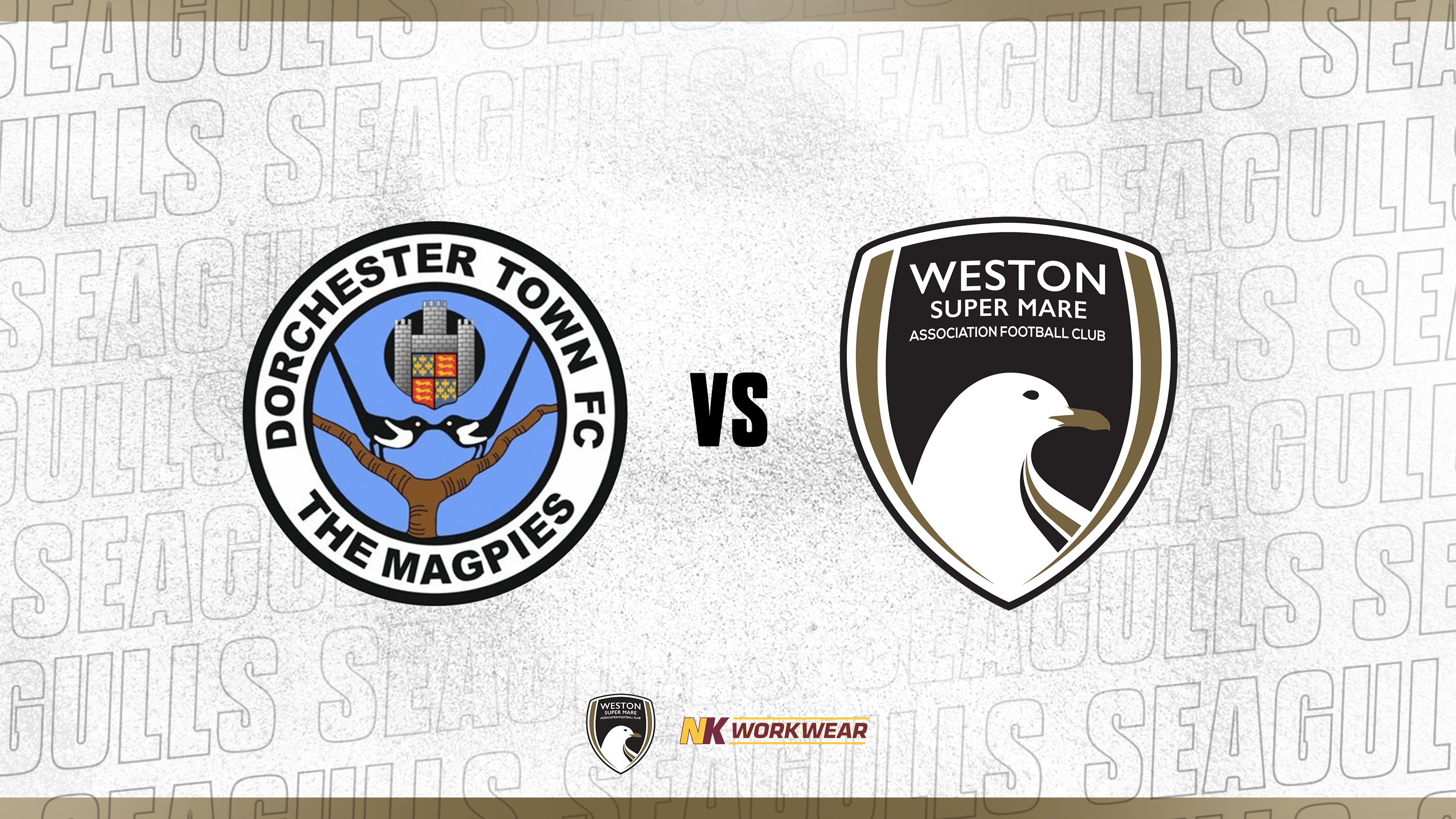 Weston kicked off their league campaign by coming from behind to beat Dorchester 3-1 away from home.

Scott Laird had the first attempt from a Ryan Jones corner, but his overhead kick went just wide of the target.

The Magpies took the lead not long into the game when Tom Blair drove past Jones and into the box. His cross-shot looked to be sneaking just wide of Luke Purnell’s goal, before young striker Rubin Wilson tapped in from a few yards out for 1-0.

Weston tried to immediately hit back but Lloyd Humphries curled a shot from 20 yards onto the post, before Jones drove an effort straight at Will Buse from long-range.

Blair curled wide for the hosts just after the half-hour mark, before Weston equalised.

A long ball into the channel by Knowles should have been easily cleared up by Dorchester, with a Magpies defender playing the ball back to Buse. However, the young goalkeeper on loan from Bristol City failed to clear properly on his weaker foot, gifting the ball straight to James Waite and he curled home from inside the area on his left foot.

Weston put themselves ahead just before the break when an inswinging corner from Jones perfectly found the head of Chris Knowles at the back post, and he powered in a header for 2-1.

It took less than 10 minutes of the second half for Weston to increase their lead when a Dayle Grubb corner was glanced towards goal by Laird, leaving Humphries to bundle in from a yard out.

Tom Bath headed a free-kick wide for Dorchester before Waite had a shot held by Buse following a lovely pass by Keiran Thomas. The on-loan Cardiff forward had another chance from a Jacob Jagger-Cane pass, but he dragged his shot straight at Buse. Grubb had a free-kick deflected into the keeper’s arms late on, and Weston were able to see the win out.