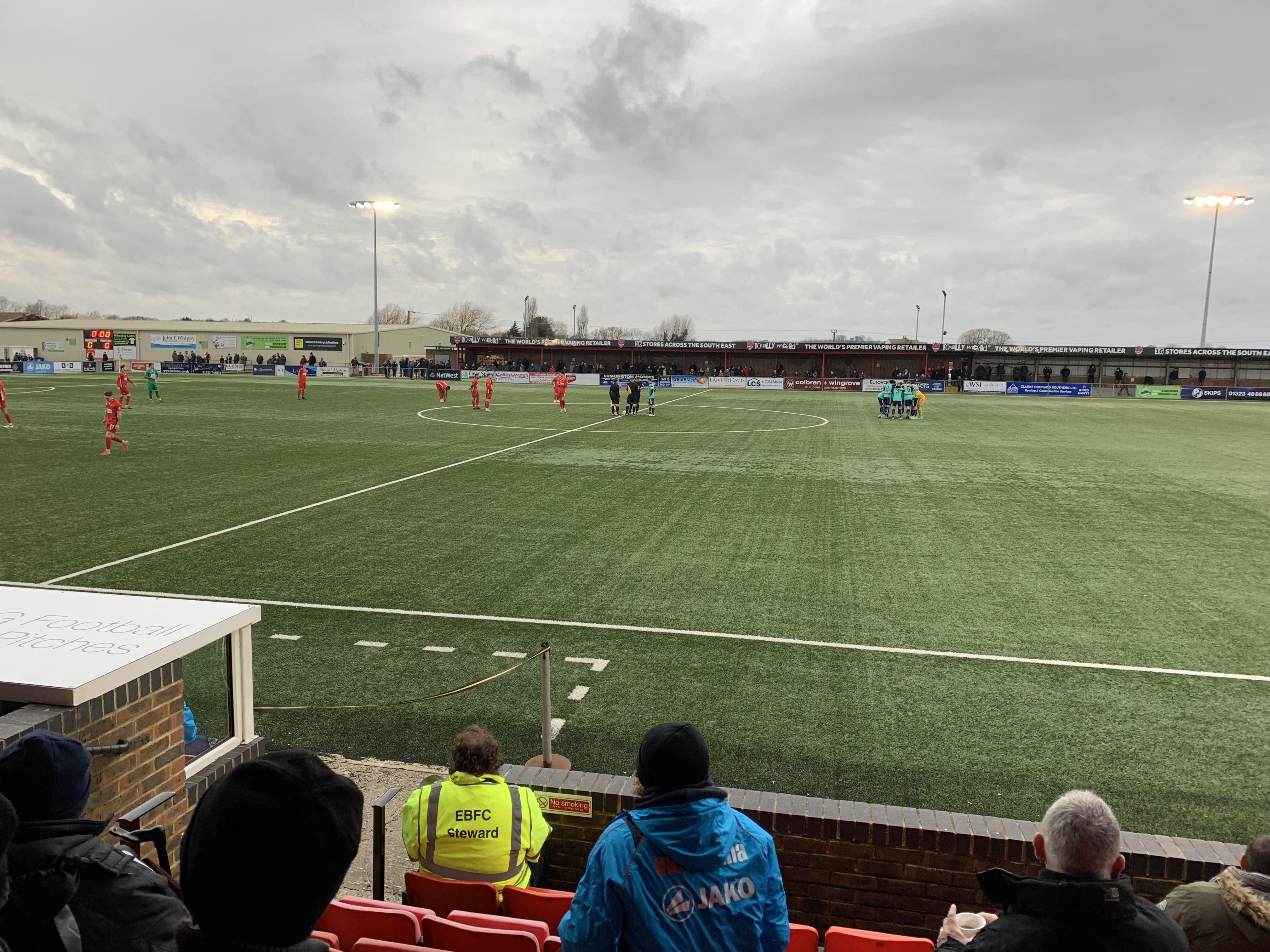 Despite being 1 – 0 down at half-time, the Seagulls came out and looked a different side in the second half, their efforts rewarded late on.

A powerful Joe Quigley shot from 25 yards was blocked by Tom Harrison, before Ryan Hall’s volley after a cross had been cleared towards him flew over the stands.

Eastbourne opened the scoring when Charlie Walker fed Joel Rollinson, and his cross into the centre landed perfectly on the right foot of Borough skipper Kane Wills, and he guided his shot into Luke Purnell’s corner.

Walker fired over from outside the area after Quigley had turned Harrison and laid the ball off, with Jennison Myrie-Williams volleying wide after Tom Gardner had cut out an Eli Phipps cross.

Wills’ shot from 30 yards was pushed away by Purnell, and Phipps volleyed wide at the other end after Alex Byrne’s corner had been headed clear to him.

Purnell made an excellent save just before half-time when Quigley’s header from six yards was tipped over thanks to cat-like reflexes from the Weston shot stopper, and Jackson then shot into the arms of Sam Howes after driving forward from halfway.

Harrison’s toepoke from a Nurse free-kick was blocked heroically in front of the home net, with Purnell denying Dean Cox’s shot from 18 yards at the other end.

Lloyd Dawes fired over when well placed inside the box following Joe Quigley’s pass, and Phipps couldn’t get the ball out his feet quickly enough from Nurse’s clipped cross, the Welshman’s shot blocked by Ton Gardner.

Weston equalised when Phipps turned and got a shot away on the edge of the area. Howes pushed it away but following in was Hill, and he tapped into the unguarded net.

In the last additional minute of the game, a loose ball fell to Hill. The striker’s first touch set the shot up, and he unleashed a rocket which smacked off the post from 30 yards and bounced away to safety.

MOTM: Naby Diallo – Controlled the tempo of the game in the middle of the park and did the dirty work in the midfield in a scrappy game.