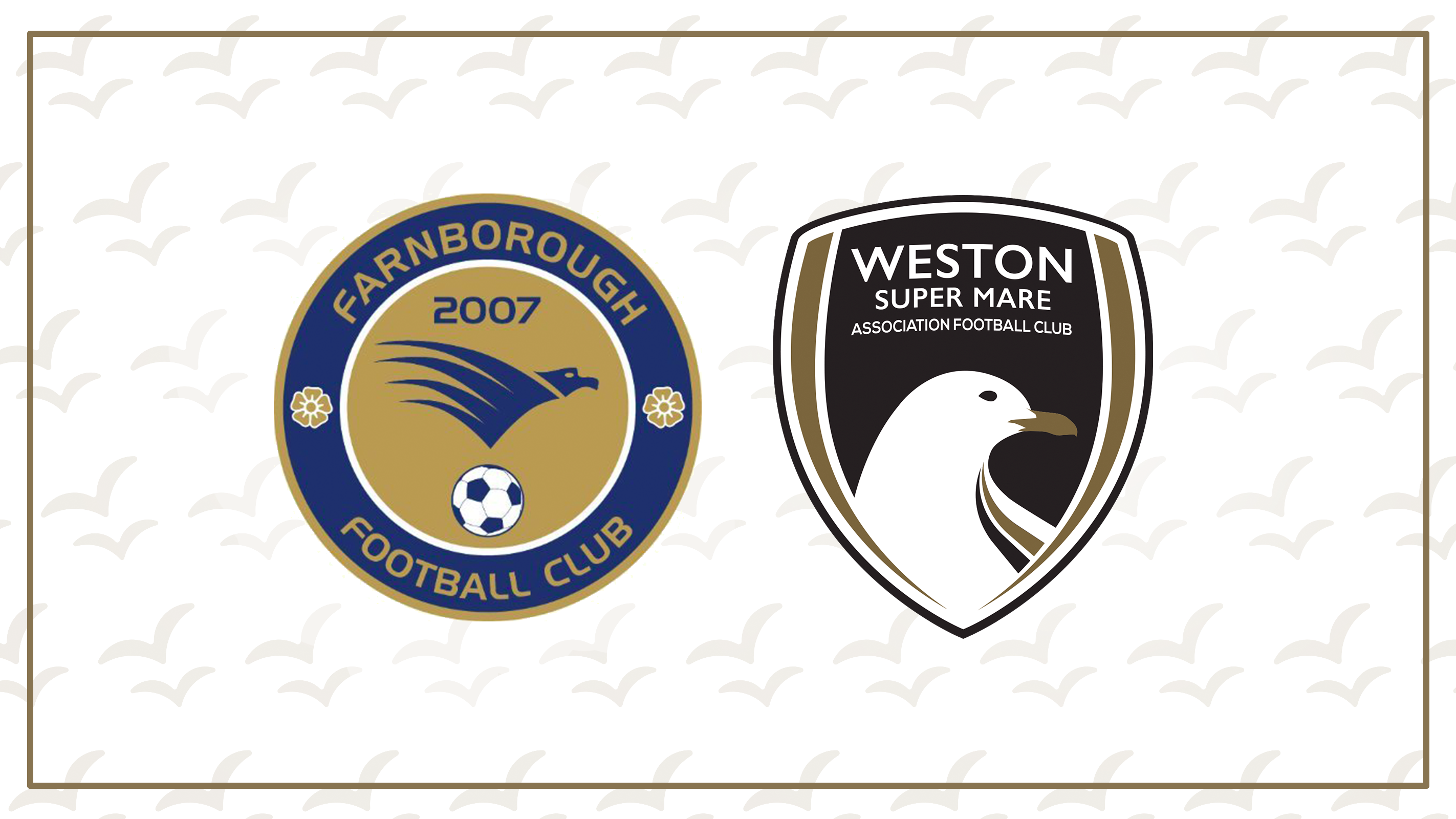 In a tense encounter away from home, Marlon Jackson’s goal 20 minutes from time ensured the Seagulls a point away from home in a 1-1 draw.

Weston had a chance inside the first 60 seconds when Jordan Bastin latched onto a loose Farnborough pass, feeding Lloyd Humphries into the box. He turned his man but the shot was deflected into the arms of Jack Turner. Watts had a shot blocked from 18 yards, before Max Harris was forced into action for the first time when denying Elliot Buchanan inside the box with his foot.

Farnborough were to get the decisive breakthrough when Pratt was found in the area and brought down by a trailing leg. Buchanan stepped up to the spot and dispatched his penalty to the left of Harris despite the keeper guessing the right way and almost getting a hand to the attempt.

Reggie Young fired over the crossbar from the edge of the area after his first shot had been blocked by Watts, before Laird headed over a Grubb free-kick from eight yards. Bastin then had a low shot from 18 yards held by Turner as he looked to catch the keeper out at his near post.

In the second period, Mitchell Parker had the first attempt for Farnborough from 18 yards as he took on Sam Deering’s pass, his curling attempt striking the base of the post and going behind for a goal-kick.

The Seagulls drew level 20 minutes before the end when after a passage in possession, half-time substitute Nick McCootie turned his man inside the man and drove to the byline. His low cross across goal found Jackson just a few yards out, and he tucked his attempt past Turner for 1-1.