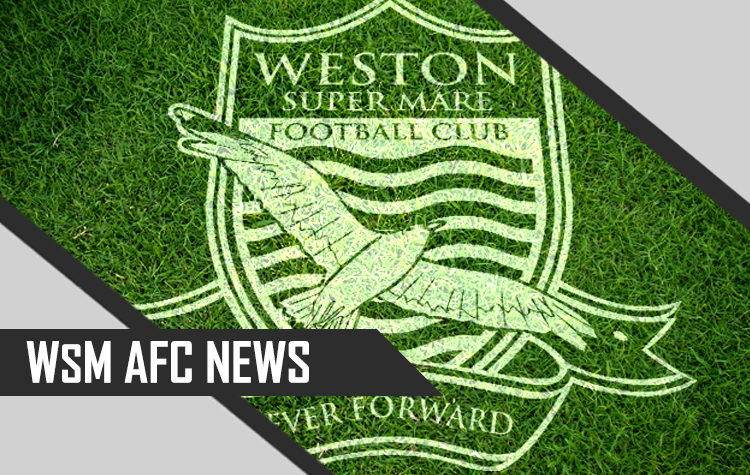 Weston-super-Mare suffered a second consecutive league defeat on Saturday afternoon, going down 1-0 to Gosport Borough at a drenched Privett Park.

The Seagulls played some of their best football of the campaign, but were punished for not being clinical when referee Paul Kelly awarded the home side a penalty with 20 minutes to play, deeming that Jacob Cane had handled Rory Williams cross, with video footage subsequently confirming the Seagulls’ suspicions that they had been extremely hard done by.

Boro’s top-scorer, Justin Bennett, made no mistake from the spot, taking his season tally against the Seagulls to five, after netting four in the August hammering at The Woodspring Stadium.

Further drama followed on 77 minutes when Tristan Plummer – who had provided significant threat up top – was sent for an early bath for perceived violent conduct after the referee’s assistant spotted an altercation in the Gosport penalty area.

The upcoming three-game ban will undoubtedly disappoint Plummer, who was making his first league start for over a month in place of Scott Wilson, and gave his liveliest showing of the campaign. Elsewhere, Clayton Fortune sat out the first game of his own suspension while Danny Wring missed out with illness. Dayle Grubb, like Plummer, also made a return to the starting lineup in place of Jake Mawford.

Conditions for the game were abject, with wave after wave of wind and rain rolling in from the south coast, vertically across the playing surface at Privett Park.

The Seagulls started with attacking intent, and could have been ahead within seconds were it for a deflection that sent Joe McClennan’s goal-bound effort behind for a corner.

Weston continued to zip the ball around, an achievement in itself on a ropey playing surface, and twice went close through Ben Withey, firstly on 11 minutes seeing his effort loop just over the crossbar after taking a slight deflection.

Then on 37 minutes, the attack-minded defender once again cut in on his right, but his wicked effort caught the biting coastal gust, causing it to drift just over the crossbar.

Sandwiched in between Withey’s strikes, Alex Byrne brought the best out of Gosport ‘keeper Nathan Ashmore on 24 minutes, who acrobatically tipped away the Exeter-loanee’s left-footed strike that was destined for the top corner.

The Seagulls continued to move the ball with vigour after the interval, but their final ball was lacking, though the hosts continually struggled to get to grips with the Seagulls defensive organisation.

In fact, their only clear chances of the second half were not product of incisive play, but from errors, firstly from Weston’s Jamie Edge, and of course tellingly from the referee just moments after.

On 70 minutes, Edge stepped out of defence in hope of instigating another Weston attack, but his pass was cut out by Carter, setting Rowan Vine through on goal. Ollie Barnes was forced to bring Vine down just outside the area and take a yellow card, saved from further punishment due to Pat Keary’s recovery run preventing an obvious goalscoring opportunity.

The resulting free-kick was deliciously whipped over the wall by George Barker, but his effort returned back off the post with Luke Purnell at a standstill. Gosport recycled well however, and a gut-busting run from Williams allowed the left back to deliver into the area, with his cross striking Jacob Cane, causing the referee to point to the spot. Cane, and his teammates, were adamant that the ball had struck his midriff and that he had gotten his arm out of the way, but the official was having none of it.

The disgruntled visitors almost hit back immediately when Plummer’s effort was deflected onto the roof of the net, but in the build up to the resulting corner kick, the referee’s assistant flagged following an altercation in the penalty area, causing the referee to produce a red card for Plummer, to the surprise of all in the ground.

Following the game, the striker made his bemusement at the assistant’s interpretation abundantly clear, claiming he playfully ‘clipped’ a Gosport defender – an incident that they both laughed off before the man in black brandished red.

The Seagulls were now presented with a mountain to climb, having to come back from a goal down with ten men, and just over ten minutes left on the clock, but to their credit they continued to build through midfield and created some half chances, most notably through substitute Jake Mawford who stung the palms of Ashmore from range, but it wasn’t enough for Ryan Northmore’s side, who departed with an irrepressible sense of injustice, ramping up the importance of next week’s double-header against St. Albans City and Havant and Waterlooville.

Man of the Match: Alex Byrne – Composed and classy in midfield, instigated many of Weston’s attacks.