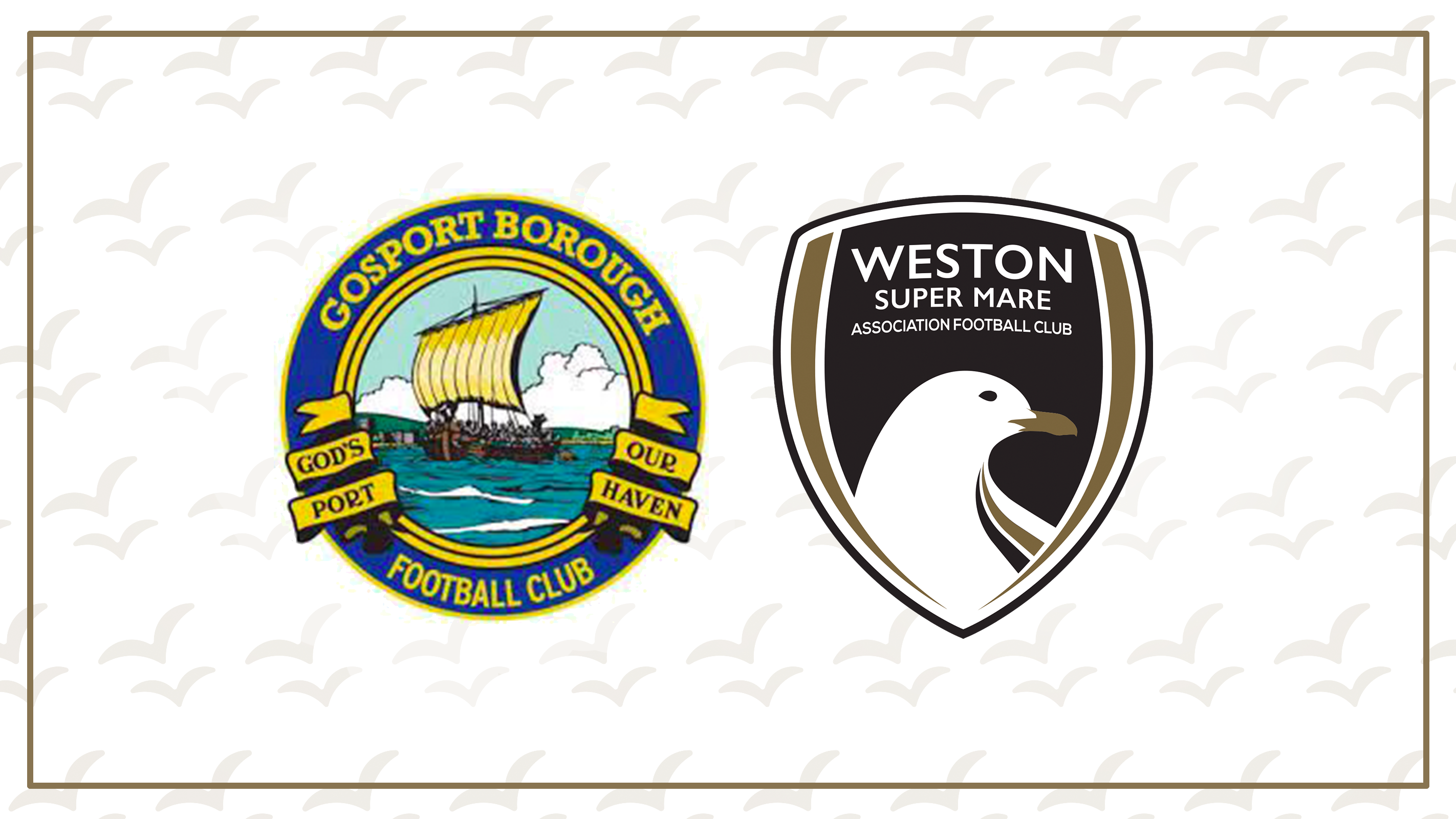 A Marlon Jackson brace and a Sonny Cox opener saw the Seagulls to a 3-1 win over Gosport Borough.

Weston had the first chance of the game when Dayle Grubb slid Cox in, but his shot was beaten away by Flynn Talley as far as Weston’s No.10 who could only fire wide from 10 yards out. Gosport were next to go close when Matt Paterson flicked a shot toward goal from Harry Kavanagh’s cross, but Max Harris was equal to the attempt and was able to hold. Talley was next called into action when forced to push away a scuffed Jackson effort inside the area.

Jackson tested Talley a few moments later when Scott Laird’s low cross found him in the area, and his shot on the left foot toward the near post was tipped aside by Talley. Laird was next to test the home keeper when he attacked Keiran Thomas’ cross, but his header was gathered by Talley comfortably.

The Seagulls were to take the lead 10 minutes before the break when a neat team move found Grubb cutting in from the left. Cox bent his run to perfection and after Grubb’s reverse pass found him clean through, he hammered a shot past Talley into the far corner to break the deadlock.

Another goal would follow on the stroke of half-time through some Jackson brilliance. Pope brought the ball out of defence and found Jackson 25 yards from goal. Taking the ball under his spell with the first touch, his second was sublime as he drove a shot past Talley into the bottom corner taking everyone by surprise to double the lead.

Eight minutes into the second half, Gosport were to pull a goal back when a nice through ball found Paterson sprinting in behind and as the oncoming Harris came to meet him, the experience striker dinked the ball past Weston’s keeper from 18 yards to see it nestle in the back of the net.

Harris was forced into action as Gosport smelt that a second could come for them, when the keeper outstandingly flung himself to his right to push away a volley from Gosport substitute Seokjae Lee as the No.12 met Kavanagh’s cross. Talley was again forced into action by the Seagulls when Talley pushed away Grubb’s left-footed shot before Jackson saw his rebound from an angle on the turn gathered by the keeper.

Jackson was to get his second goal of the afternoon when Bastin latched onto a mistake in the Gosport defence and drove into the box. His cross-shot across goal with the outside of his foot was pushed away by Talley, and as the ball ran along the face of goal, Jackson was most alert to tuck the rebound in to ease any Seagulls nerves.