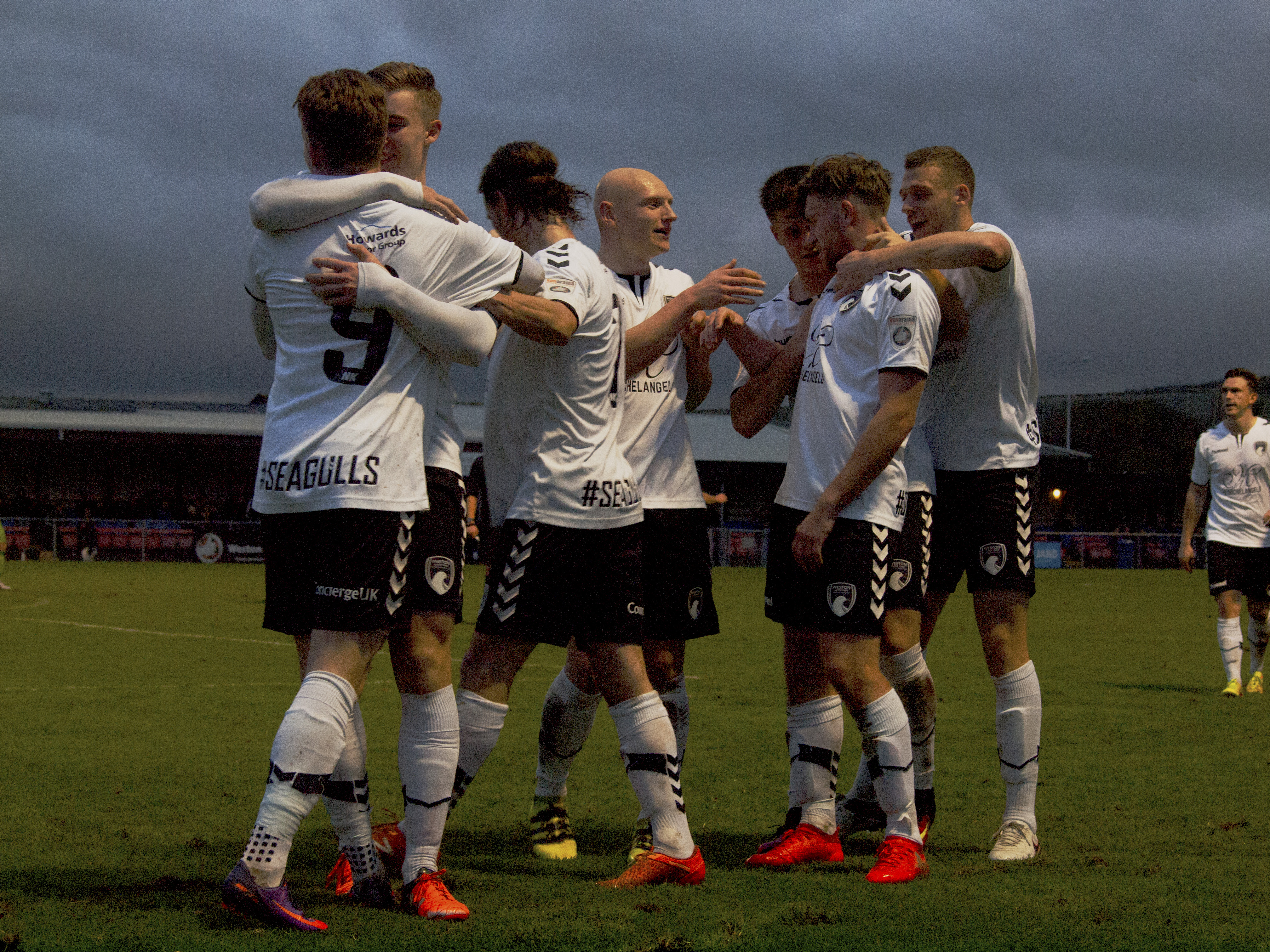 An overcast trip to The Beveree Stadium saw a resolute Weston overcome their South London opposition Hampton & Richmond to dent their playoff hopes and to continue to put distance between the Seagulls and the bottom three.

Although the game started positively for the Weston side on the 10th minute Danny Greenslade was booked for a challenge on the halfway line. Hampton swung the ball in to the box which Weston were able to head clear. Dayle Grubb picked the ball up before pinging a pass across field for Mohamed Chemlal. Loanee Chemlal looked up and played an exquisite pass through for the onrushing Jake Lee, who found himself one-on-one and put his shot out of the keepers’ reach and into the corner.

Weston continued to press for a second goal, shouting for a penalty when a ball in behind was controlled by Brad Ash just inside the penalty area who was then bundled over by the Hampton keeper.

The Seagulls went into half-time 1-0 up and after the interval, Hampton came out fighting with constant crosses and pot-shots being taken at goal with Weston having to dig deep to deal with the amount of pressure that Hampton were now throwing at them.

A driven shot from range was headed over by Jason Pope as Weston continued to defend strongly in numbers, with Luke Purnell claiming every cross that was swung into the box and the back four of Danny Greenslade, Rollin Menayese, Chris Barker and Jason Pope being ever-consistent and providing a strong defence to Weston’s No.1.

However, as the half wore on Weston were able to get absorb the Hampton pressure and began to apply more pressure of their own. Captain for the day Grubb managed to weave his way past a defender before cutting back for Ash who flicked the ball up as he tried to shoot before poking home, off the crossbar, before wheeling away to celebrate with the team and the travelling fans.

MOTM: Chris Barker- The ever-consistent defender helped in preserving the clean sheet for Weston, his experience in the defence ensured Weston saw out the game.