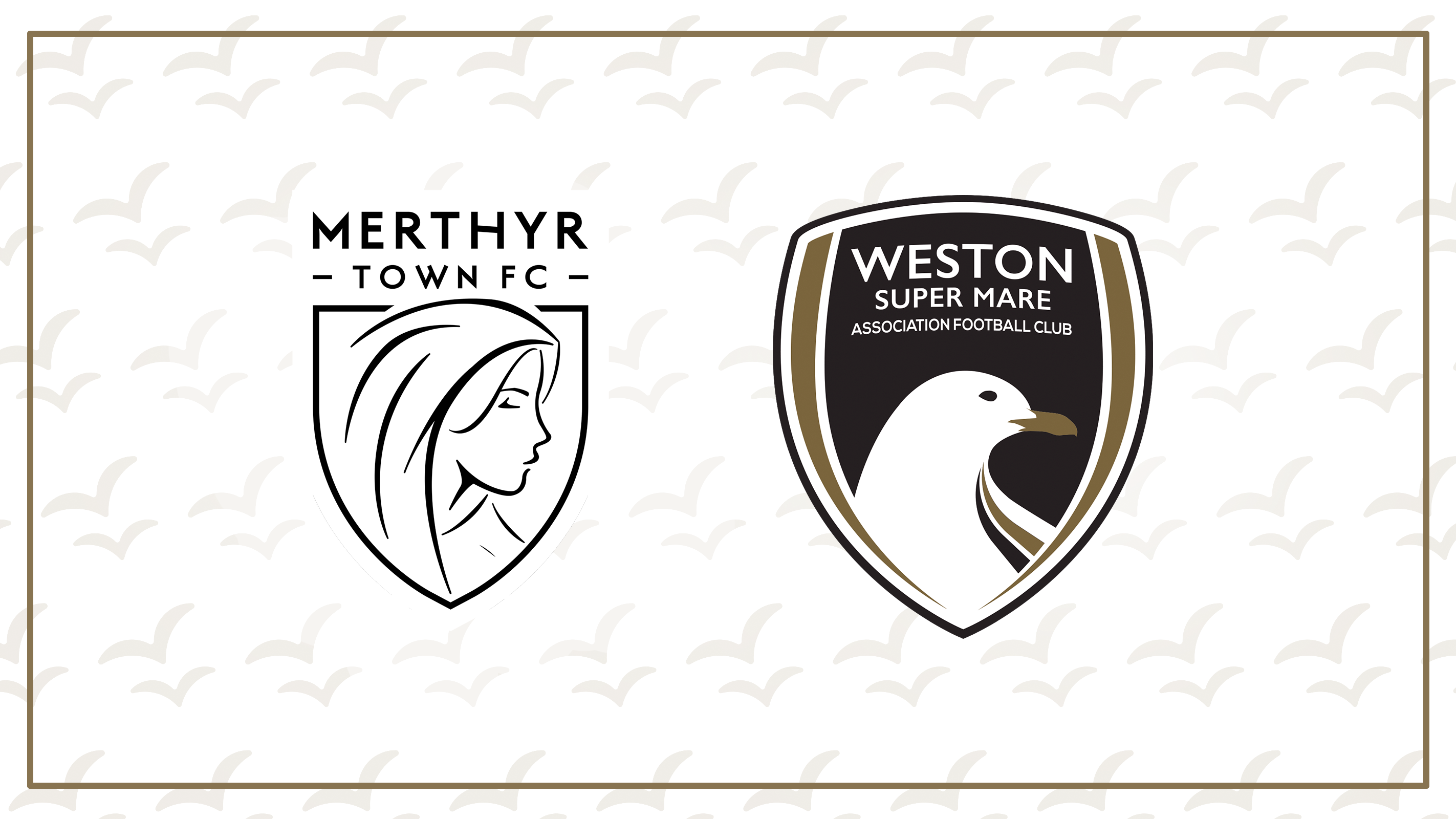 Weston came from behind to secure their first win of the new year with a 3-1 success away to their Welsh counterparts Merthyr Town.

Nick McCootie had the first chance of the game when he cut inside from the left and saw his shot deflect behind for a corner, before Tom Hillman had a one-on-one saved by the foot of Max Harris after the home player had been played in behind with a long pass. Curtis Jemmett-Hutson then curled wide of the target from 25 yards for the hosts.

Jemmett-Hutson again looked to cause problems for the Seagulls when he cut in from the left but his low strike was held by the hands of Harris, before McCootie had a one-on-one kept out by the feet of home stopper Jaimie Cogman after the No.7 had been slipped in by Dayle Grubb.

Merthyr were to get ahead midway inside the first half when Harris’ throw-out was intercepted by former Weston striker Lewis Powell 20 yards from goal, and he had the simple task of rolling the ball into an empty net to put his side one up.

Weston weren’t to be behind for long however as less than 180 seconds later, Marlon Jackson turned on the edge of the box and found Grubb on the left side of the area. Shifting onto his left foot as he took on his marker, the captain’s shot squeezed past Cogman for 1-1 on Dayle’s 400th Weston appearance.

Scott Laird had a shot pushed behind by Cogman for a corner after foraying forward late in the half, with Sam Avery’s header back across goal from the resultant corner dropping just wide. Lloyd Humphries had the final attempt of the half, his 25-yard volley flying over the bar after Grubb’s cross was headed his way.

Into the second half, the Seagulls were to get ahead just before the hour mark when McCootie profited on a loose Daniel Barnard touch in the box and skipping past Barnard with his first touch, McCootie found himself being brought down by Barnard as he looked to make up for his mistake. The referee pointed to the spot, and Grubb stepped up to slam his spot-kick past Cogman for his 10th goal of the season and 2-1.

The final goal of the game came when Sam Avery’s pass over the top toward McCootie was brought down by the striker on the right. Looking up, he found Jackson free of any defenders in the middle and his inch-perfect cross was volleyed home by the No.9 from six yards out to make the game safe for Weston.

As Merthyr piled men forward to try and get themselves back into the game, Weston held on to see out the win and claim three points that sees them move up to ninth.