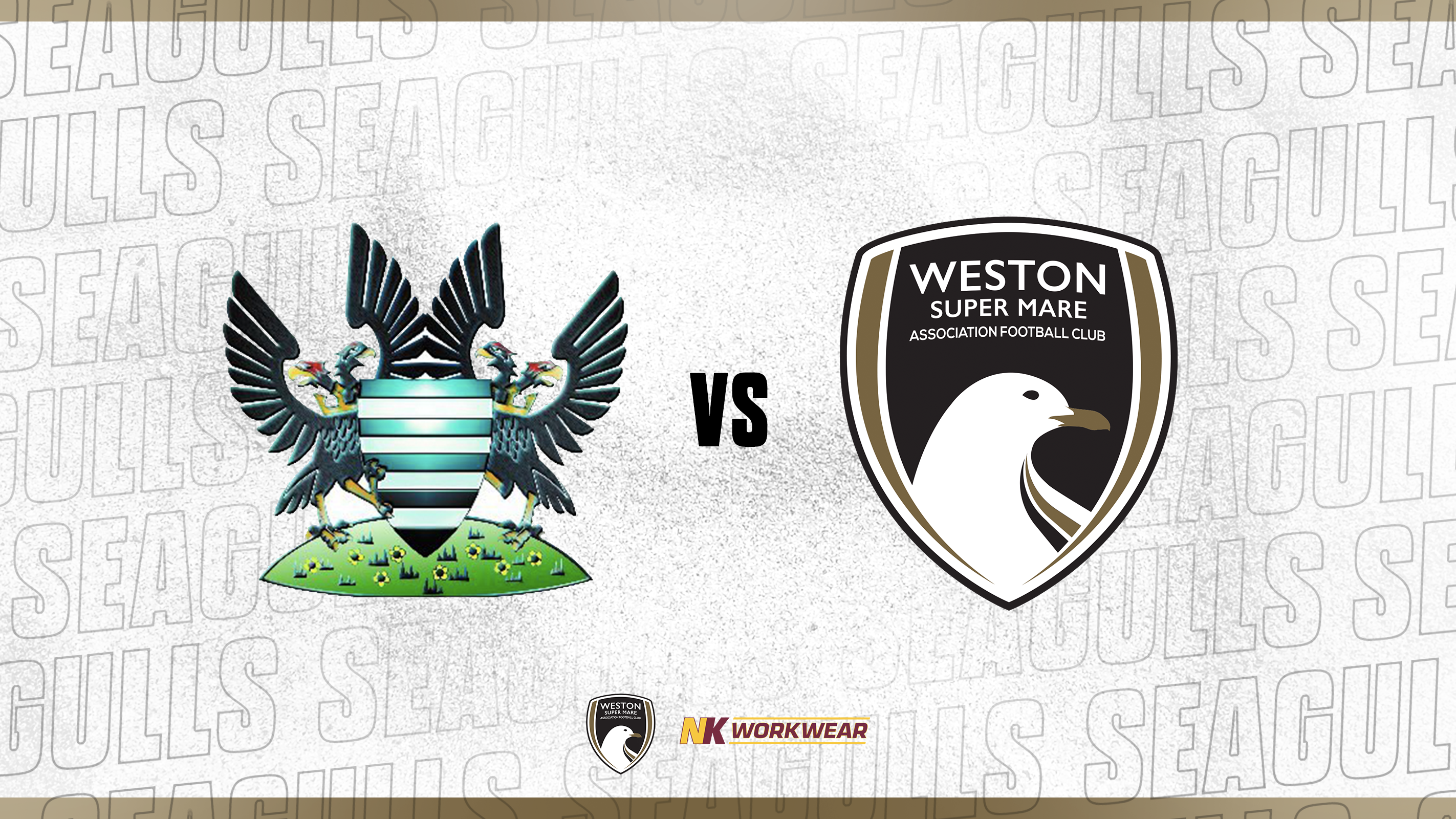 The Seagulls fell to a 2-1 defeat away at Salisbury FC last night.

Weston opened the scoring eight minutes into the game, when Aaron Parsons played the ball to Lewis Hall on halfway. The defender clipped a pass into the chest of Mike Symons, and his knockdown fell straight into the path of Dayle Grubb. He cut past his man and curled into the bottom corner from the edge of the area.

Former Seagull midfielder Darren Mullings headed wide from a corner, before Keiran Thomas fired over from 25 yards when a Scott Laird cross was headed out in his direction. Laird then had a go from 20 yards, his volley flying over the bar from Symons’ chest-down into his path.

Lewis Hall was thwarted at the near post when he fired a shot towards goal and made Alexis Junior push the ball round the post for a corner. James Waite was next to be denied by the Salisbury stopper, his one-on-one from Jacob Jagger-Cane’s pass pushed away by the youngster on loan from Bristol Rovers.

The hosts drew level with the final kick of the first half, Chris Knowles penalised when clipping the heels of Lewis Benson just inside the area. Charlie Davis stepped up from the spot, slamming his penalty low and hard to Purnell’s left as the keeper dived the other way.

Purnell was forced into action for the first time just before the hour mark, when Benson’s curling free-kick from outside the area was tipped over wonderfully by Weston’s No.1. From the resulting corner however, the ball was knocked back across and defender Sam Roberts scrambled in from a few yards out to put the hosts ahead.

Weston went in search of the equaliser and had the better of the two teams inside the final half an hour, with Grubb’s free-kick being held by Alexis Junior before the Salisbury keeper got across his goal well to palm away a dipping Laird free-kick from a similar position. Parsons had the final chance of the game when he connected with Grubb’s corner at the back post, but his downward keeper was gathered by Alexis Junior.