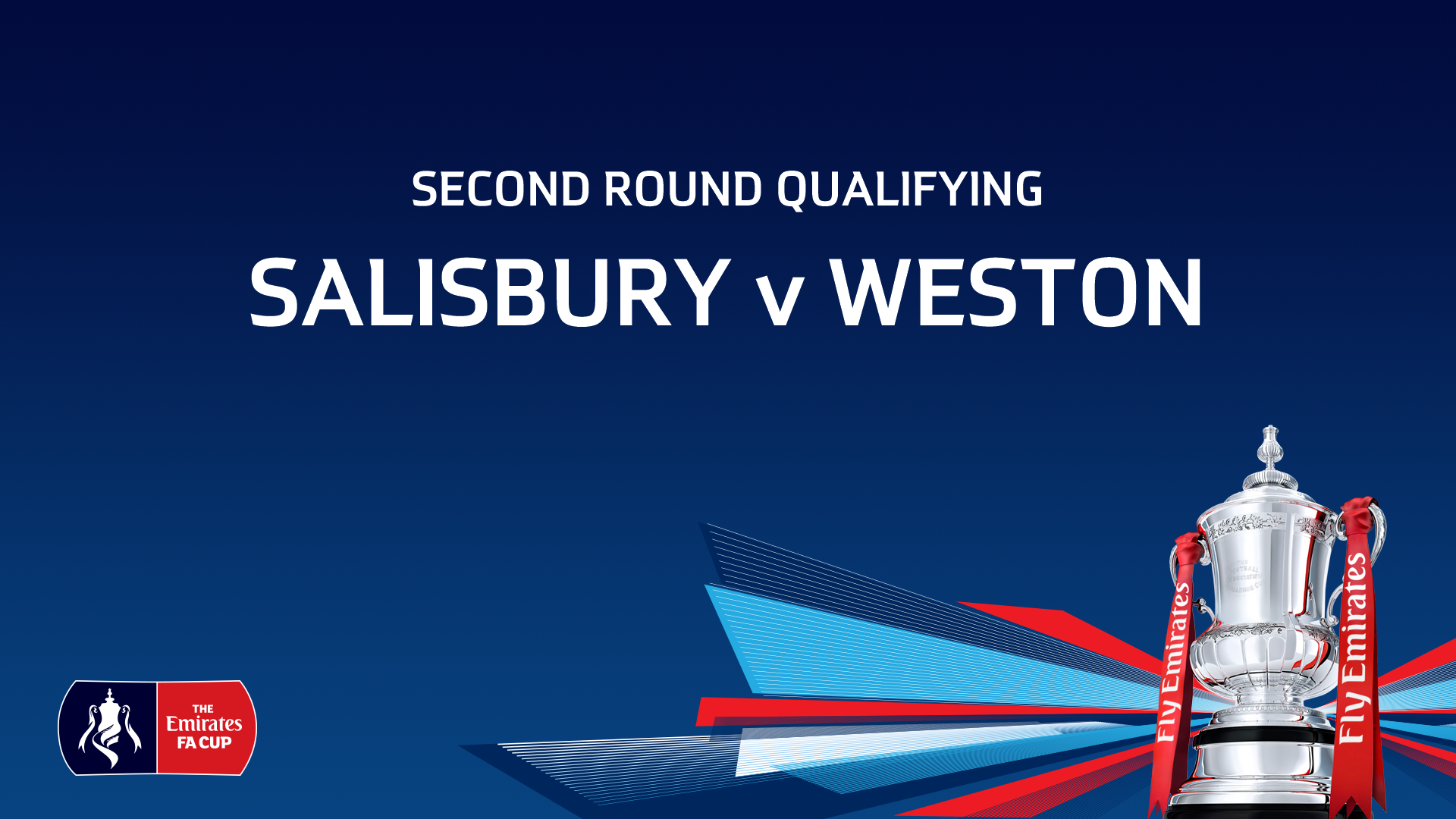 Throwing men forward while 2 – 1 down in extra time paid off for the Seagulls, as super sub Tom Llewellyn and left-back George Nurse scored the pivotal goals in an end-to-end encounter with Salisbury.

Salisbury threw an early warning sign Weston’s way inside the opening minute when a Bay Downing free-kick was met by the head of Jake Wannell, but Luke Purnell was there to push it away. Ben Swallow had an early attempt as he ran at Joshua Somerton and beat him but curled his effort wide of goal.

Daniel Young fired over the bar from 18 yards, and Young was at the heart of Salisbury’s attacks as his cross found Zack Kotwica, but the striker could only flick wide with the outside of his boot.

Lewis Benson knocked a long Wannell ball down to Downing with his head, and the home right-back’s effort from an angle was wide of the goal. Weston went close when skipper Jacob Cane played Jarrad Welch into some space, and the Welshman found Swallow. Stumbling, the winger could only hook his effort into the midriff of keeper Jake Hallett. 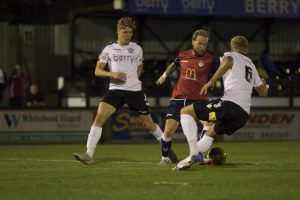 Weston took the lead through the misfortune of a Salisbury own goal. Swallow whipped a dangerous free kick into the area from out wide and with Jamie Lucas lurking, a Salisbury defender turned the ball into his own net while stretching for the ball.

Louis McGrory came close at the back post, volleying wide after Matt Bower had flicked on a Welch free-kick. Lucas came close a minute later, Eli Phipps holding off Downing and playing the ball inside to Cane, whose reverse ball into Lucas set the striker up but he curled over from just inside the area.

Welch was denied by Hallett next, Swallow’s corner kick finding the Welshman who fired low at goal, and the loose ball just evaded Phipps six yards out. Salisbury captain Thomas Whelan played a one-two with Kotwica, allowing Whelan to come forward and his shot from 20 yards was turned round the post by Purnell for a corner.

Not long before half-time, Kotwica darted inside after taking the ball down and his shot was kept out by Purnell’s feet, with Weston eventually scrambling clear.

After half-time, Swallow skipped past Somerton but his 20 yard drive was held by Hallett. Benson’s corner was flicked on by Wannell at the near post, but it evaded everyone in the middle and dropped out for a goal kick.

Whelan lined up a strike from 30 yards, and his effort was almost in if it weren’t for Purnell, who reacted well to push it aside for a corner. Pablo Haysham managed to turn Cane inside the Weston half, but his 25 yard drive swerved wide of the goal.

Salisbury equalised though when their right-back Downing got on the ball and got a sight of goal from just outside the area. He rifled the ball towards the target like a missile, and it found the sweet spot, leaving Purnell with no chance, beaten for power. 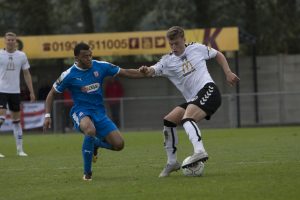 Nurse hared forward from his own half, bringing the ball with him. As he approached the area, his cross-shot was just wide with substitute Gethyn Hill not far from tapping in. Weston had one last chance before extra time, Cane getting in down the line and pulling across for Swallow, who pulled the trigger from 18 yards but his low drive was held by Hallett.

Minutes into extra time, a cross fell to Benson inside the area but Purnell was out quickly to deny him. However, the ball fell to Kotwica and the striker could tuck into the corner, putting the hosts two up.

Hill found McGrory coming forward on the right, and the right-back’s shot from 25 yards was deflected out for a corner off Somerton.

Salisbury were reduced to ten men not long before half time in extra time, when Llewellyn was brought down outside the box by Whelan. The referee showed the skipper his second yellow card, and the midfielder who had ran the show all night for Salisbury was on his way for an early bath.

Three minutes later came the winner. Naby Diallo turned on halfway and he carved apart the Salisbury defence, or what was remaining of it, allowing Nurse to run 50 yards onto the pass. The left back took one touch to compose himself, and he fired across Hallet and into the bottom corner from just outside the area to put Weston in the driving seat with minutes left.

In the last five minutes, the hosts threw everything they had at the Seagulls, but they remained resolute as a team, throwing themselves at everything to earn a memorable victory at the Ray Mac and book their place in the next round, against Coggeshall Town.

MOTM: Luke Purnell – Weston wouldn’t have won the game if it weren’t for the Seagulls shot stopper. Caught everything that came into the box and made some excellent saves to deny Salisbury on more than one occasion.