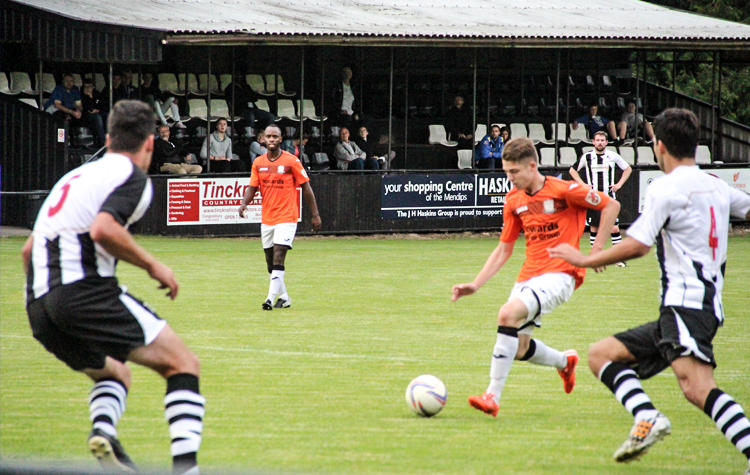 Manager Ryan Northmore tested the depth of his squad on Tuesday evening, as Weston took on Shepton Mallet in a pre-season Friendly. The Seagulls came back from a two goal deficit to defeat Andrew Jones’ side to open their pre-season account.

After the game, Northmore commented that “there were 10 former Weston academy players on display tonight – eight for Weston and two for Shepton Mallet – which is a testament to our education and development skills.”

In front of a reasonable crowd bolstered by good support from Weston, Shepton began the match with greater intent and were 2-0 up inside 20 minutes playing down the sloping pitch.

The Seagulls then began to take control of the match and both Brad Ash and Danny Wring had good efforts stopped.

On 26 minutes Ash reduced the deficit from a floated cross from Wring after the goalkeeper was left stranded.

A minute later a cynical foul left Wring writhing on the ground, forcing him to sit out the rest of the game, which is sure to be a concern for Northmore going forward.

Weston sustained their momentum into the second period, pressing from the off and now playing down the slope, creating a number of goalscoring opportunities.

A number of substitutions did little to blunt Weston’s impetus, and the equaliser was finally delivered thanks to a fine run down the right by Ash who crossed to the near post for Elan Gordan to head home after 74 minutes.

Further pressure down the left side and a cross in the direction of Ash rendered the goalkeeper stranded. Ash was able to round him and place the ball in an empty unguarded net to complete the scoring, securing a 2-3 victory for the Seagulls.