In their fourth friendly of the pre-season schedule, Weston visited Slimbridge of the Southern League Division One West for a tough test.

Weston took an early lead through debutant Ben Whitehead, who brought a pass down on his chest, moved away from two defenders and finished into the corner on his left foot from the edge of the area.

Weston continued to look for opportunities, as right-back Jack Goodall burst forward and got on the end of a loose ball, but his left footed shot from outside the area flew over the bar. 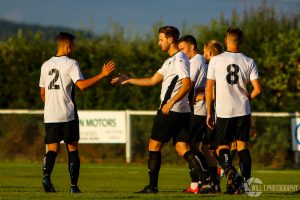 Slimbridge equalised when a perfectly-weighted through ball from Jack Horrell set away Will Hawes, and the home No.9 kept his composure to finish into the corner past trialist Niall Maher.

Hawes got his second of the night when Horrell’s corner was cleared back out towards him, and his second delivery into the mix was glanced on by the forward and it nestled in the corner of the net for 2-1.

Hawes grabbed his first half hat-trick when a loose pass out from the Seagulls defence was latched upon by the striker, and he looked up from 25 yards to lob Maher and give Slimbridge some breathing space.

In the second half, Weston upped the tempo of their play, resulting in Isaac Pearce having a shot cleared away as it looked destined for the net, with Sam Hendy having two opportunities kept out, first a downward header being clawed away from the target and next, his fierce effort being pushed out for a corner by Lewis Adams. Pearce again got within shooting range, but shot over from 25 yards.

Adams was again equal to Hendy as he tipped out a thunderous drive at the near post once the midfielder had burst into the box, before Slimbridge sub Liam Smith curled a free-kick into the arms of Maher. Adams got down low at the other end to palm an 18-yard shot from Pearce away. 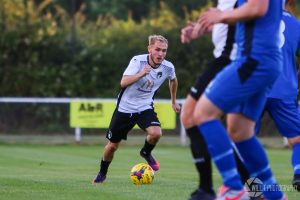 Weston halved the deficit in the final 10 minutes when Pearce attacked his full-back and slid a pass into the path of Hendy, who poked a toe at the ball and sent it into the far corner.

One last chance beckoned for the Seagulls as substitute Jay Malshanskyj got round the wrong side of the defence but his powerful left-footed drive flew just over the bar.