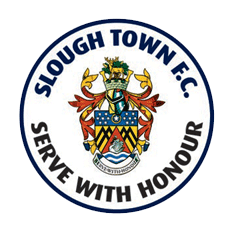 Despite Jarrad Welch scoring a screamer away to Slough Town, it wasn’t enough as the Seagulls lost late on against Slough Town.

Weston started positively, keeping the ball between themselves and making Slough do all the running on their artificial surface for the first 10 or so minutes as the hosts gradually grew into the game.

The first chance of the game fell to Slough though, when James Dobson’s left footed cross found an unmarked Ben Harris, but he couldn’t get enough on the cross and headed wide of Luke Purnell’s goal.

A passing move between left-back Alex Byrne, Jason Pope, Naby Diallo and Jarrad Welch eventually found Ben Swallow on the right, who cut inside his marker and curled wide of the target as Weston looked to do something with the majority of possession.

Unfortunately, loanee Aaron Parsons was withdrawn on the half-hour mark after injuring his foot in a tackle with Scott Davies, his replacement being youngster George Morris-Edwards, the former U18 captain slotting in at right-back and Pope moving to centre-back alongside Jake Lee.

Former Seagull Manny Williams deceived the offside trap from a free-kick, but he couldn’t convert and in the ensuing goalmouth scramble, Weston managed to get their bodies behind the ball and clear away the danger.

The deadlock was to be broken a minute before half-time, and coming through a wonder strike from Welch. The ball was worked inside to the Welshman, who took one touch to set himself and like everyone knows he’s capable of, he curled the ball fantastically from outside the area, over the sprawling dive of Jack Turner and into the top corner to put the Seagulls ahead.

Despite going behind just before the interval, the Rebels came out with their heads up, Harris, Warren Harris and Dobson all blazing over from good positions within the first 15 minutes of the second half.

Byrne almost doubled Weston’s advantage, after Slough cleared a corner. Byrne got to the ball first, took a touch and from 25 yards he let fly on his favoured left foot, but thankfully for Slough, Turner got across to push the ball away.

Pope’s sliced clearance put substitute Chris Flood through on goal, but Purnell was out quickly to save the effort and see it roll out for a corner. Dobson was just a lick of paint away from equalising, his 30-yard effort on his left foot hitting Purnell’s post, rolling across the line and away from danger.

Slough equalised through striker Flood though, when Dobson’s cross found the former Basingstoke man free in the middle. He attacked the ball dangerously, and nodded into the bottom corner to level things up at Arbour Park.

Slough found their winner six minutes later after their second half pressure, when Flood’s fellow substitute Perry Coles made space for himself on the edge of the area, and on his left foot, he drove low into the corner to give Slough the lead late on.

Late on, Coles had two more opportunities for another goal, outmuscling Pope on the touchline and driving inside but Weston’s No.1 Purnell was out quickly to stop the forward. Purnell got down low to prevent Coles again once the forward took range from outside the area, with Weston unable to muster enough going forward to prevent Slough from getting the three points.

MOTM: Alex Byrne – The stand-in left back put in an acceptable showing, strong defensively and his occasional forays forward as the game went on troubling the Slough right-hand side.