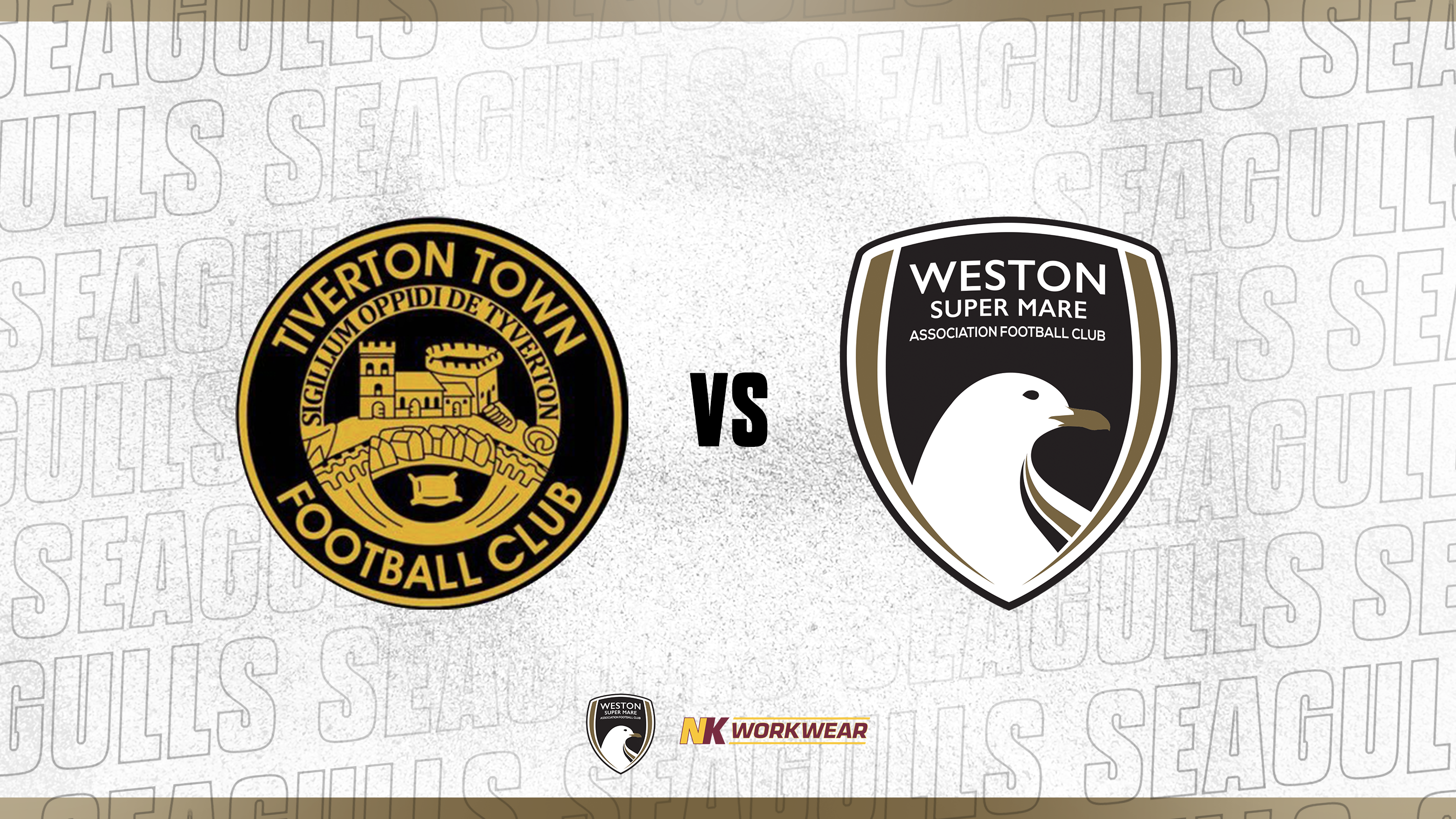 Last night, Tiverton Town came out best in a 3-1 victory against the Seagulls at The Ian Moorcroft Stadium in Devon.

The hosts started the better side and made their early pressure count when a shot from Alex Fletcher was pushed away by Luke Purnell. However, following in was striker Jared Lewington and he volleyed into an open net first-time to break the deadlock.

Dan Hayfield had a free-kick blocked by the Weston wall before Ben Griffith had the first Weston chance of the night. A ball over the top found the 18-year-old forward, but his one-on-one attempt was blocked by the legs of Lewis Williams in the Tiverton goal. Lloyd Humphries was next to go close for Weston, his low volley from 25 yards after a corner was cleared out to him being pushed round the post by Williams.

James Waite was next to try his luck, a flowing Weston move seeing Griffith reverse a neat pass into the striker 18 yards out. His first-time curling effort bent round the outstretched arm of Williams but came back off the post as Weston continued to look for their equaliser. Fletcher went close for Tiverton just before the break, but fired over after running into the box.

Tiverton got a second not long after the break when winger Jordan Lam played a one-two with Fletcher, allowing the No.7 to run into the box unchallenged. Confidently, he slotted past Purnell to double his side’s advantage at home.

Dayle Grubb had a first attempt of the night from a quickly-taken free-kick, but Williams was there to stop the effort at his near post. Substitute Matt Jones fired wide on his left foot from 25 yards before Purnell was called into action down the other end again, keeping out home substitute Chris Shepherd’s one-on-one.

Andy Watkins had a low effort from 18 yards held by Purnell, before Jacob Jagger-Cane dragged an attempt wide from inside the area with time rapidly running out for the Seagulls.

They did get a route back into the game however when Grubb got the best of his man down the right, and his low cross was deflected low into the path of substitute Chris Knowles. Knowles’ first touch beat the two men around him, however he was tripped by an outstretched leg, the referee pointing to the spot. Up stepped Scott Laird, confidently firing his penalty into the top corner for his first goal of the season.

Tiverton were able to put the icing on the cake deep into added time however when Fletcher was brought down inside the area by a defender as he went to shoot. The striker picked himself back up, sending Purnell the wrong way from 12 yards to seal the win for the hosts.