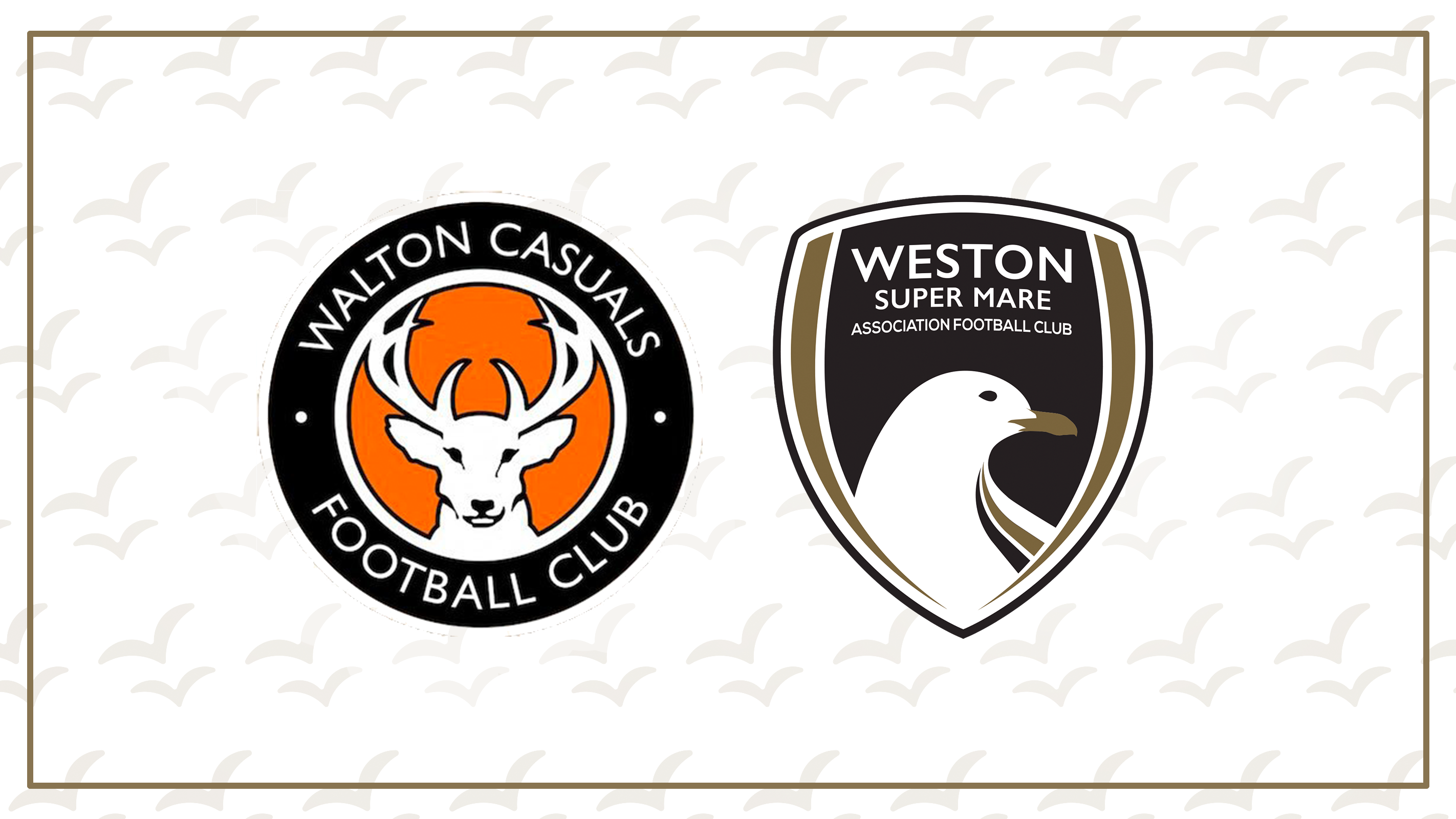 Weston’s winning run in the league came to an end at Walton Casuals, falling to a 1-0 defeat thanks to a Rohdell Gordon penalty.

Weston had the first opportunity of the first half when Lloyd Humphries’ strike from 25 yards was straight into the midriff of Jacob Adams in between the Walton sticks, and Alfie Moulden had a golden opportunity when Jay Murray’s cross was spilled to him eight yards out but his first touch allowed Adams to get back to his feet and make a great save from Moulden’s attempt.

Jerry Wiltshire’s shot from 35 yards almost caught Max Harris out but the Weston stopper scrambled back to prevent the goal, and Adam Liddle’s 1-on-1 was prevented by the foot of Harris as Walton grew into the game.

Into the second half, Dayle Grubb curled a 25-yard free-kick just wide of the post after James Dodd had been fouled before Walton were to get the only goal of the game.

The Seagulls gave the ball away in midfield and Walton broke on their visitors, Gordon driving into the box. In a rush to get back, three or four Weston men crowded the winger and Gordon was eventually brought down by the dangling leg of Humphries. With the referee pointing to the spot, Gordon stepped up and sent Harris the wrong way from 12 yards to give his side a precious lead.

Weston thought they had drawn level when Laird connected with a Grubb free-kick using his head, but he was deemed to be offside by the linesman much to Laird’s dismay.

The Seagulls kept looking to find a way through a stubborn Walton defence, but were unable to and were occasionally caught on the break by their hosts. Liddle had another shot from an angle saved by the outstretched foot of Harris, while Gordon curled over the crossbar on a couple of occasions.

Walton were able to see the win out though and end Weston’s four-game winning streak in the Southern League Premier South.