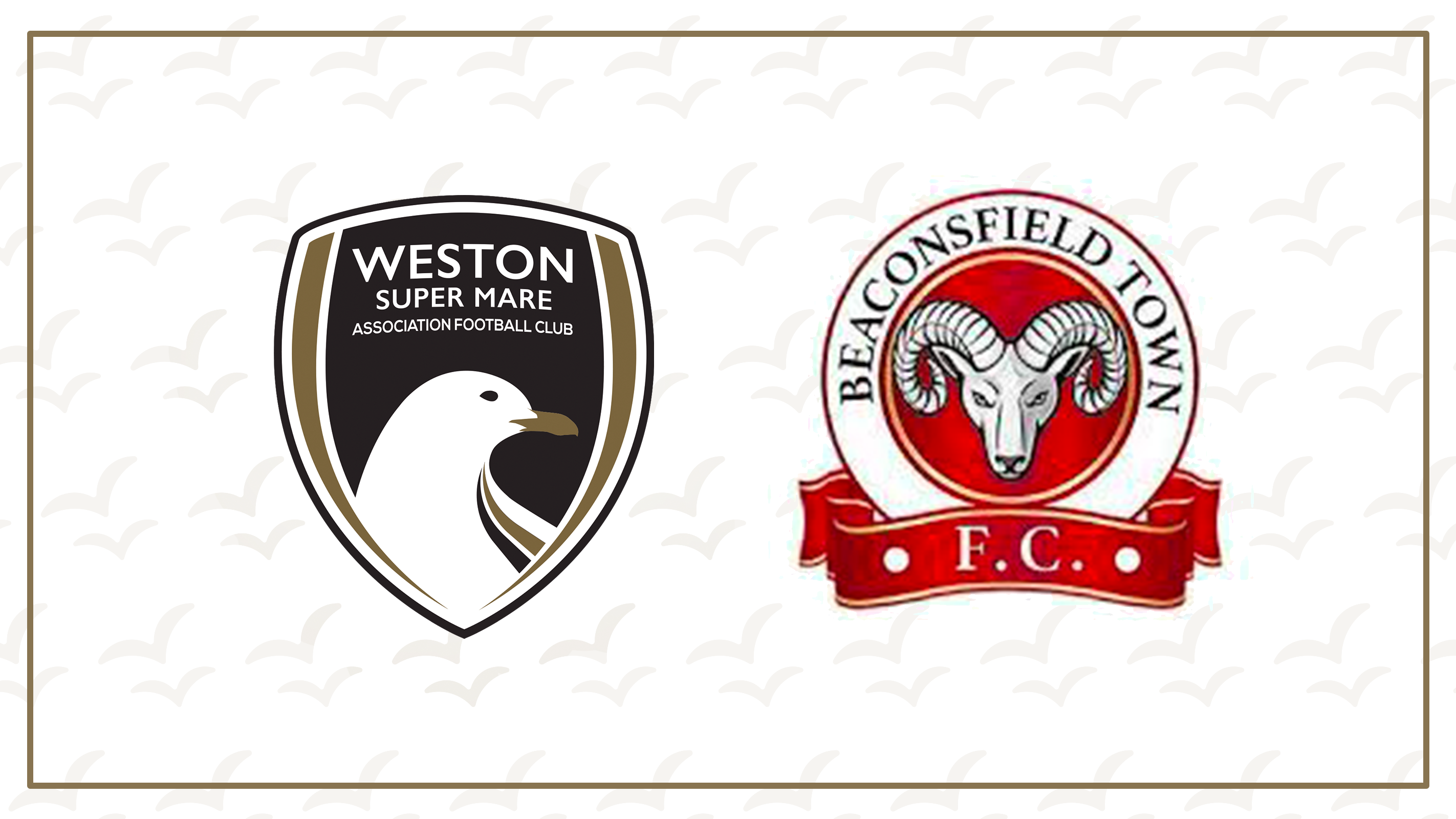 In Scott Bartlett’s 100th game in charge, his Weston side dug in deep and fought hard in a 2-1 win over Beaconsfield Town despite being reduced to ten men late on.

Nathaniel Williams had the first chance of the game when he met Grubb’s corner from the right, but he couldn’t direct his header on target and it floated harmlessly wide.

Williams would be involved a minute later when he joined in with an attacking Weston move, advancing into the box and being tripped by Jerome Eccleston as the Weston left-back went to receive the ball. The referee pointed to the spot and Grubb stepped up to do the honours, firing his spot-kick high into the corner to break the deadlock.

Luke Purnell was called into action for the first time in the game when he pushed aside a Antonis Vailiou shot for a corner, and from the resulting set-piece Bajram Pashaj fired over the crossbar on the volley. Lloyd Humphries also went close down the other end, his shot from 18 yards being deflected for the hosts’ first corner.

Beaconsfield were to draw level however when a ball over the top found Toby Little racing in behind, and he just got to the ball ahead of Purnell, the Weston keeper colliding with the visitors’ No.11 and seeing the referee point to the spot. Scott Donnelly stepped up and blasted his effort down the middle to level things.

Grubb fired wide of the target on the half-hour mark after his initial corner had been cleared back in his direction, but Weston weren’t to be kept out much longer.

A flowing move saw the ball come to Jagger-Cane on the right side of the pitch, and his pass inside found McCootie 18 yards out. Flicking the ball up with his right foot, the striker turned and smashed a shot in low on the half-volley with his weaker left foot to put the Seagulls back ahead.

Humphries had an effort pushed away for a corner by Alex Tokarczyk, before Sam Avery had a header cleared off the line from the resultant set-piece, Pope’s overhead kick on the follow-up hitting the side netting. Avery headed another Grubb corner over the crossbar before Nathan Minhas volleyed a Donnelly cross over Purnell’s crossbar moments before half-time.

At the start of the second half, Purnell pushed away a Nathan Minhas shot with his foot, before Grubb had a shot cleared off the line a minute later by Oliver Sprague as he latched onto McCootie’s low cross. Dodd blazed over the bar from 25 yards as Weston continued to hunt for a third goal.

Tokarcyzk pushed away a Grubb effort from 18 yards before a combination of Avery and Purnell diverted a Tyrone Lewthwaite shot wide for a corner. McCootie fired wide from the edge of the box as he cut inside off the left, before Weston’s No.1 smothered a Little free-kick wide for a corner.

McCootie fired wide on his left foot from the edge of the area before Humphries blazed wide of the near post after being set free by Grubb.

The game would take a turn in Beaconsfield’s favour however when McCootie went in late on Eccleston, the referee showing the No.7 his second yellow card of the game and seeing the striker walk off for an early shower, the Seagulls being reduced to ten men.

Dodd had a shot deflected wide for a corner after he skipped through the visiting midfield, before Avery headed the subsequent Grubb corner wide.

Jagger-Cane threw himself in front of a Oliver McCoy shot to deflect it wide for a corner, and with Weston hanging on towards the end, Purnell managed to smother a Lewthwaite shot at the near post to deny Beaconsfield an equaliser at the death.