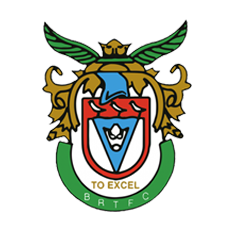 Kenan Dunnwald was on hand to slot home in a 1 – 0 win for the Seagulls over relegation threatened Bognor Regis Town, whose hopes of surviving took another knock.

Weston started the quickest of the two sides, with Jarrad Welch finding Gethyn Hill over the top. The striker held up the ball up and found Mo Baghdadi, who curled into the hands of Dan Lincoln.

Weston couldn’t squeeze the ball in after ping-pong in the Bognor area from a driven Welch corner. Welch was the next to go closest after creating some early chances, the 19 year-old wound up his right foot to hammer a free-kick towards goal from 25 yards, Lincoln scrambling across well to palm away.

The opener came on the 20 minute mark when Hill dispossessed Sami El-Abd inside his own half. The striker fed Dunnwald, who saw his first attempt blocked. However, the ball richochetted back to the German striker, who squeezed the ball inside the near post to give Weston the lead.

Jacob Cane saw his shot smothered out by the Bognor defence inside the box as the visitor’s defence looked increasingly flustered with Weston’s pressure. A Weston counter-attack led to Hill, Baghdadi and Welch linking up, with the latter’s deflected effort flying into Lincoln’s hands from outside the box.

Hill’s driven low effort from the edge of the area after playing a one-two with his German strike partner was easily held by Lincoln, as the first half drew to a close.

The second half was increasingly frustrating for Seagulls supporters, with not much urgency in the play and when Weston did get forward, the Bognor defence held firm to withstand the pressure.

Welch’s effort from 25 yards was spilled by Lincoln and with the majority of the goal to aim at, Dunnwald’s slotted effort towards the bottom corner was tipped over the bar by the feet of Lincoln.

Baghdadi and Dunnwald struggled to get shots off when found in the area, and multiple crosses from Danny Greenslade found themselves in the arms of Dan Lincoln, however Weston managed to see the game out and get themselves back to winning ways in the league.

MOTM: Jason Pope – Having forged a strong partnership with Harvey Smith over the winter period, Jason is now forming a solid partnership with Jake Lee at the back, and Popey is deserving of MOTM after his impressive display where he held Bognor’s strike force at bay.