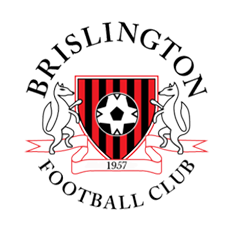 In Marc McGregor’s first taste of Somerset Cup football as Seagulls manager, his side brushed aside Bristol outfit Brislington in a confident and fluent display of attacking football.

Skipper Ash Kington curled over after Tristan Plummer’s cross was kicked away by Brislington keeper Chris Blammon. Kington again tried his luck from range, but once more blazed over from 25 yards after beating two markers.

The Seagulls took the lead 12 minutes in when Plummer opened up the Brislington defence like a hot knife through butter, and midfielder Naby Diallo cooly rounded the visiting No.1 and rolled the ball home for his first goal since returning to the Woodspring in August.

Irnti Rapai got his first taste of the real action when he was fed on the right, his cross was handballed by full-back Liam Planter. Plummer stepped up, but Blammon kept his spot-kick out, diving to his left. Ash Harper, impressive on the night, drove down the right, beating his man on the outside before his driven shot was palmed wide by the Brislington keeper.

Kington fired over from outside the box, before attacking midfielder Jake Mawford came close. The overlapping left-back Jamie Laird’s cross was only half-cleared, with Mawf’s bending effort from 18 yards expertly palmed over by Blammon. Reid could only head wide from a Kington free-kick moments later.

After the interval, Mawford and Rapai grew into the game more as the former released the latter. Rapai beat the last man but his cross-shot was dived upon by Blammon. The pair linked up again with Mawford rouletting past his man and once again finding the striker, Rapai then beating his man but fired wide.

Weston got their second goal when Rapai cut inside from the right to find Plummer. He shimmied onto his right foot and arrowed an unstoppable effort into the top corner for 2 – 0.

Rapai again came close when Harper drove forward and found the striker. Again going for power, Rapai smacked his effort off the angle of post and bar. Laird also tried to get in on the goalscoring act when substitute Jarrad Welch laid the ball back to him, but Laird’s shot was straight down Blammon’s throat.

The Seagull’s third was an excellently executed counter-attack though when a Brislington corner was cleared to Rapai on the halfway line. On the half-turn, he set Plummer away who advanced into the box, squaring up his man. He put the ball into Iddy’s path six yards out, who took one touch and poked past Blammon for the Albanian’s well-deserved goal.

Substitute Jake Lee should have made it 4-0 when Rapai cut the ball back for the striker. He smartly put a defender on the floor, but got his foot underneath the ball and scooped over from six yards. The last piece of action came when Kington switched the play to Welch, who cut onto his favoured right foot but drove wide from 20 yards out.

MOTM: Tristan Plummer – On a night where every Weston player shone for different reasons, the Gogglebox star claimed MOTM in an astute performance. He played a part in every goal, and could easily have had another two or three on another day.