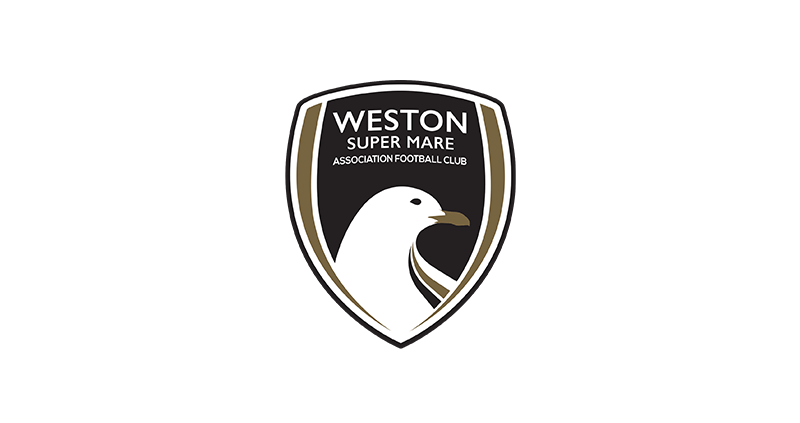 A brace from central defender Tom Harrison, as well as strikes from Alex Byrne and Alex Bray saw the Seagulls through to the Somerset Premier Cup semi-finals.

Tom Llewellyn looked bright early on in the box-to-box role, his pass in behind the defence just rolling out of play as Eli Phipps tried to latch on to it. Jarrad Welch collected Jason Pope’s pass on the half-turn, and his shot from the edge of the area was narrowly wide of the Chard goal, being protected by Scott Wells-Burr.

Weston broke the deadlock in the 12th minute when a Byrne corner was missed by both Weston and Chard players in the middle. The ball fell to Harrison just inside the penalty area, and he guided his right-footed effort past Wells-Burr into the net for 1 – 0.

Chard’s Max Westlake charged forward and had his 25-yard effort deflected just wide of Purnell’s goal, skippering the side for the evening, and Weston doubled their advantage a couple of minutes later.

Byrne played a quick free-kick to Phipps after a foul on Welch, and the stand-in left-back cut inside onto his weaker foot with Chard not putting any pressure on the advancing defender, and he fired into the far corner for his second goal of the season in all competitions.

Welch played a one-two with Llewellyn and the latter had a 25-yard effort stopped by Wells-Burr before he collected the loose ball, and Bray had a header from a curling Phipps cross deflected over the crossbar as the winger searched for his first goal in a Weston shirt.

Chard pulled one back when striker James Boyland was played in behind the back four, and was left one-on-one with stand-in skipper Luke Purnell. The Western League Division One striker was composed though and he comfortably slotted in to give his side a ray of hope.

Weston got their two-goal advantage back however when Llewellyn was allowed to swivel not far outside the area and despite being off balance, he played the ball in for the rapid Bray. The winger proceeded to hammer a first-time effort into the net via the crossbar for 3 – 1.

Phipps had a cross from the left wing held at his near post by Wells-Burr, and Welch’s shot from 25 yards was deflected wide for a corner as Weston continued to ramp up the pressure on their visitors.

Chard got another goal on the stroke of half-time though when Boyland found Joseph Smith on the counter. The forward had his first attempt saved by Purnell, but he had the time to pick his spot again and he rolled the ball past Weston’s keeper and into the corner.

Jake Lee’s attempt at a diagonal from halfway couldn’t be kept in play by Byrne, and the centre-back continued to take on the ball-playing role from the back as his 30-yard drive was on target but Wells-Burr just about managed to tip it over the bar with his fingertips.

Jamie Lucas’ shot from a corner was unable to be held by Wells-Burr as Harrison then headed over via a deflection in a goalmouth scramble, and Welch again went close, this time on his left foot, but dragged his shot just wide of the near post.

Bray’s pass into Phipps was tight into his feet but the forward worked his feet well to get a shot off and the effort was deflected over the bar with Wells-Burr stranded.

From the resultant corner, Byrne’s delivery toward the back post was met by the firm head of Harrison, and he powered into the net from a tight angle to give Weston the breathing space and give them confidence that they had their semi-final place booked.

Byrne’s delivery found Lucas yards out from goal, but Weston’s No.9 had his volley wonderfully tipped over the bar by Wells-Burr, a save which Weston’s Purnell would have been proud of! Substitute George Nurse saw his shot from long range kept out by the Chard custodian.

In the final minutes, a cross into the box found Llewellyn, and his effort was cleared off the line by Chard’s defender, but thankfully that chance didn’t matter as Weston booked their spot in the Somerset Premier Cup semi-finals.

MOTM: Alex Byrne – Two assists from corners as well as a goal on his weaker foot sees the versatile midfielder scoop MOTM, for a good all-round display.