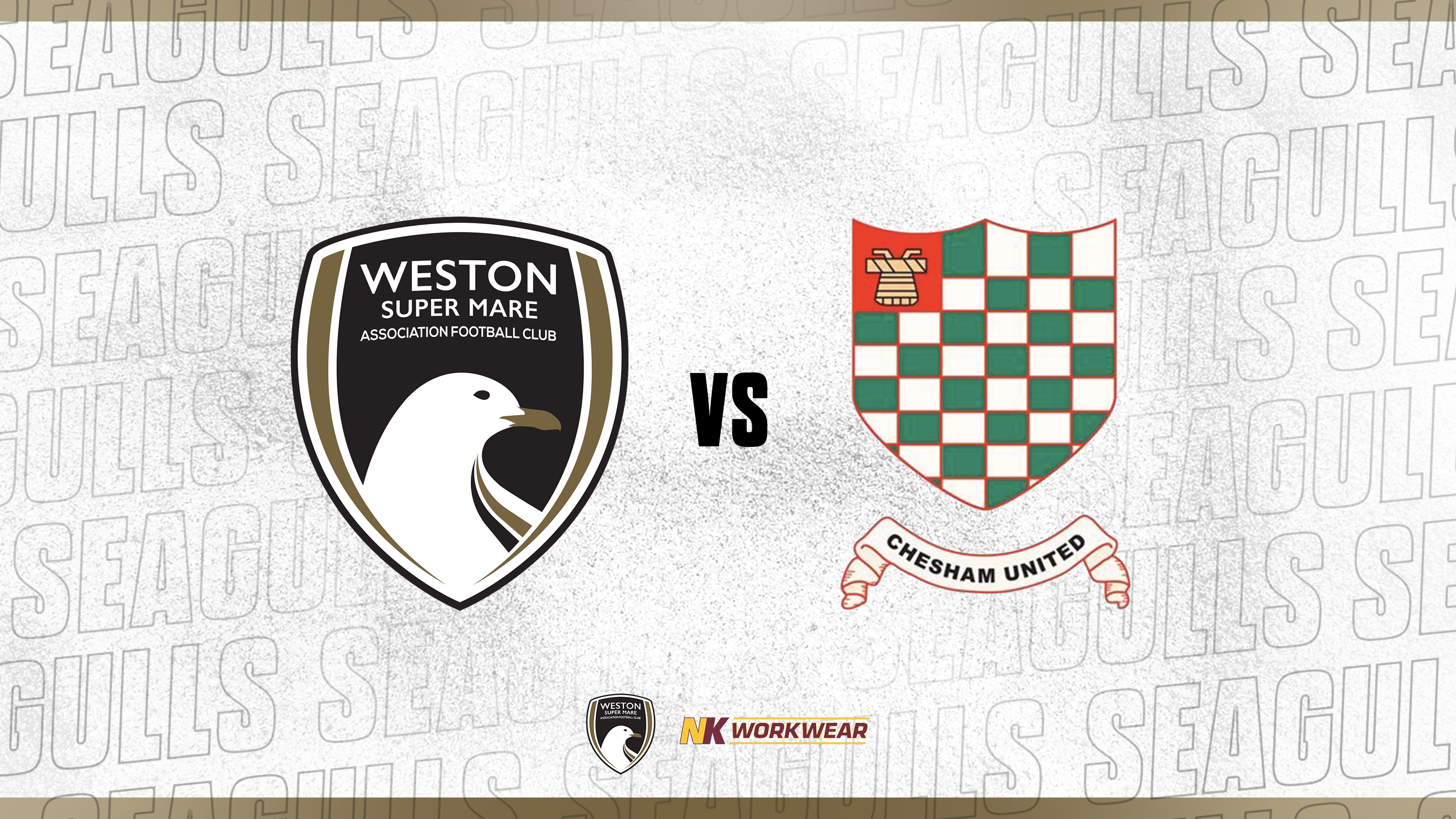 Last night, the Seagulls were knocked out of the FA Trophy by Chesham United at The Optima Stadium by a 3-1 scoreline.

Tsharne Gallimore had the first opportunity of the evening for Chesham, a loose ball dropping to his left 25 yards from goal with the winger’s low effort being held low down by Luke Purnell.

Chesham took the lead eight minutes in when a cross into the box wasn’t cleared properly by the Seagulls defence. The ball dropped to Bradley Clayton, and he dug out a cross for Jake Cass to attack, the visiting forward leaping above Sam Avery to power in a header from six yards.

It didn’t take Weston long to get back into the game, a long throw towards Mike Symons being knocked down to Keiran Thomas charging into the box. The full-back skipped past the dangling leg of Chesham centre-back Billy Murphy, subsequently being tripped and the referee pointing to the spot. Up stepped skipper for the evening Dayle Grubb, converting cooly as he sent Sam Beasant the wrong way for 1-1.

Weston went looking for the game’s next goal, Lloyd Humphries firing wide from 25 yards before James Waite was just beaten to a cross from the left by Matt Jones after a good team move.

The Generals took the lead just after the half-hour mark when Weston conceded possession from their throw in the Chesham half. The ball found Clayton, who turned and fed Karl Oliyide in behind. The forward raced in one-on-one and calmly slotted past Purnell into the corner for 2-1.

The second half started off at a fast tempo, Sam Avery being called into making a goal-line clearance with his right boot after Oliyide had been played through again and rounded Purnell.

Chesham got a third 11 minutes into the second period when Jagger-Cane had his pocket picked 25 yards from his own goal by Cass, the forward having a clear route to goal and being able to slot it past Purnell to double his side’s advantage.

With a mountain to climb, Weston tried to get themselves back into the game when Symons somehow couldn’t convert a driven cross from substitute Ryan Jones a few yards out, and Waite fired over when the ball fell to him outside the box. Waite also had a dinked effort from a low corner cleared off the line as Chesham got men behind the ball.

In their last attacking opportunity of the game, Chesham’s Cass had the chance for his hat-trick but Purnell smothered the shot by rushing out sharply.