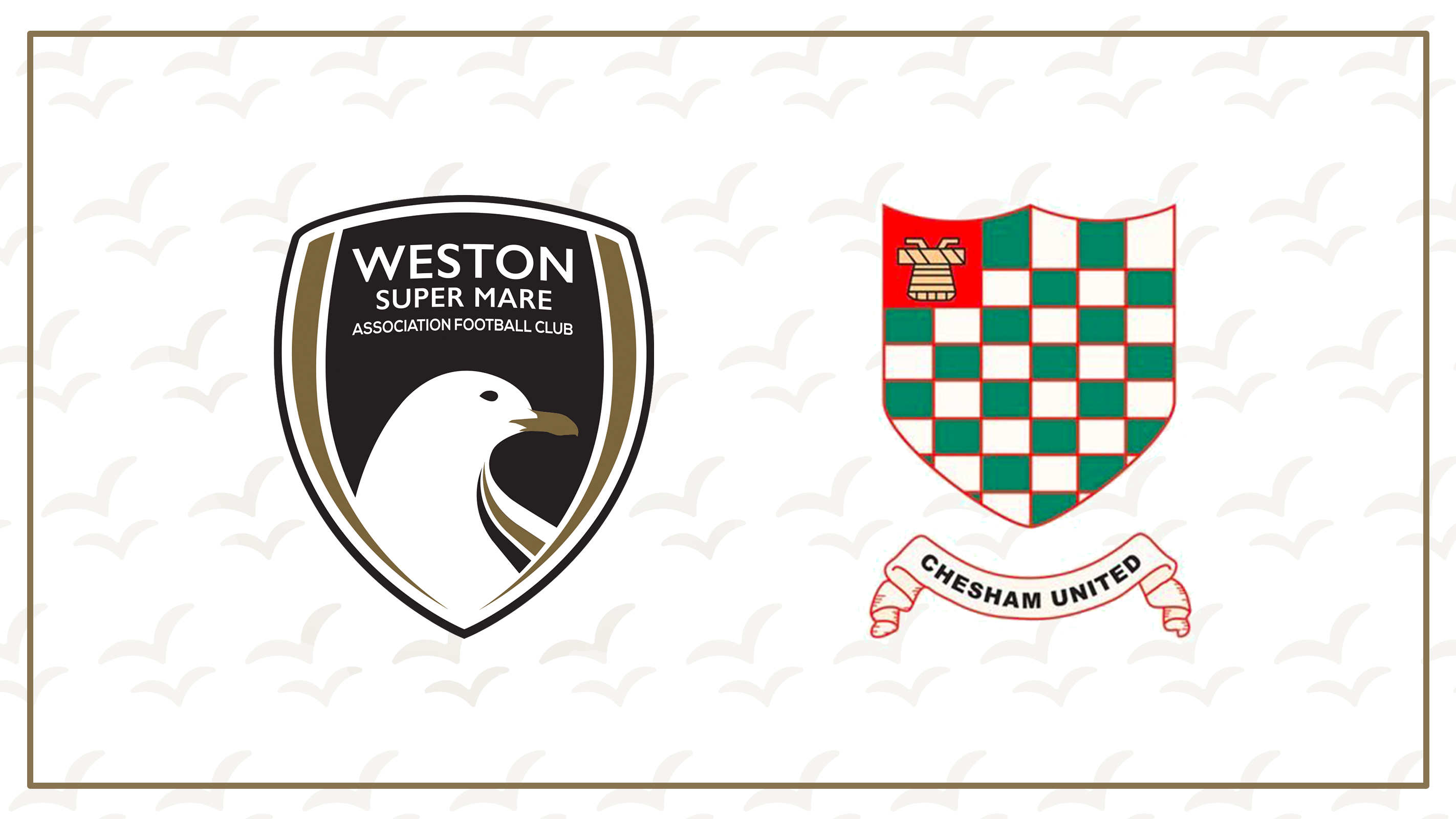 Following Tuesday night’s abandonment, Weston took their confidence into Saturday’s game where a Lloyd Humphries brace either side of a Prince Henry strike saw Weston get all three points.

A Weston set-piece drew the first chance of the afternoon, Dayle Grubb’s free-kick from the right headed over by Sam Avery as he failed to get his head over the ball. Chesham skipper Mark Kirby’s header across the face of goal at the back post from a Yasin Ben El-Mhanni corner failed to trouble Weston goalkeeper Max Harris, making his Seagulls debut.

The visitors would be the ones to break the deadlock however when a ball through found Bradley Clayton racing in on goal. Harris stood tall and blocked the intial shot with his leg but as he went to block the second shot Clayton’s deft chip over the loanee saw Harris bring the forward down. Clayton stepped up to the spot and drove his shot into the bottom corner for the afternoon’s first goal.

Weston weren’t to be behind for long though as just eight minutes later, a bit of Humphries magic drew them level. Grubb’s corner kick found the Welshman outside the area and after he had taken a touch to set himself, he arrowed a shot into the bottom corner.

Ronny Mfinda had a shot go wide of the target midway through the first half as Chesham looked to retake the lead, but it would be the hosts who got their noses in front.

A pass in behind by Humphries found Scott Laird charging into the box. His first-time volley across the face of goal was missed by Nick McCootie on the stretch, but Henry arrived right on cue to slot into an open net from a few yards out for 2-1.

Grubb had a chance for 3-1 just moments later but his one-on-one was saved by the foot of Sam Beasant in the Chesham goal.

A third would arrive just two minutes after the second when Jason Pope’s pass down the left freed Laird. The defender cut inside onto his right foot and played the ball to Humphries, who took a touch to get past his man 18 yards out before driving a shot into the bottom corner to double the advantage.

Harris was called into action again just a minute before half-time when Clayton’s free-kick was blocked by the wall, the ball falling to Karl Oliyide 18 yards out. His first-time shot on the half-volley arrowed towards goal, but Harris at full stretch was able to tip the ball over the crossbar.

Harris was the first keeper called into action at the start of the second half, tipping Zak Joseph’s shot wide for a corner after the Chesham No.9 had turned Pope. Grubb had a sighter of the visiting goal when he curled a free-kick wide of the target.

Chesham pressed the Seagulls during the final 10 minutes plus added-on time. Kirby’s header dropped wide of the target before a header at the back post from substitute Eoin Casey as he met a Clayton corner forced Harris into an excellent save low down. The visitors had the final chance of the game but Daniel Boateng-Opoku could only drag a shot into the arms of Harris inside the box.