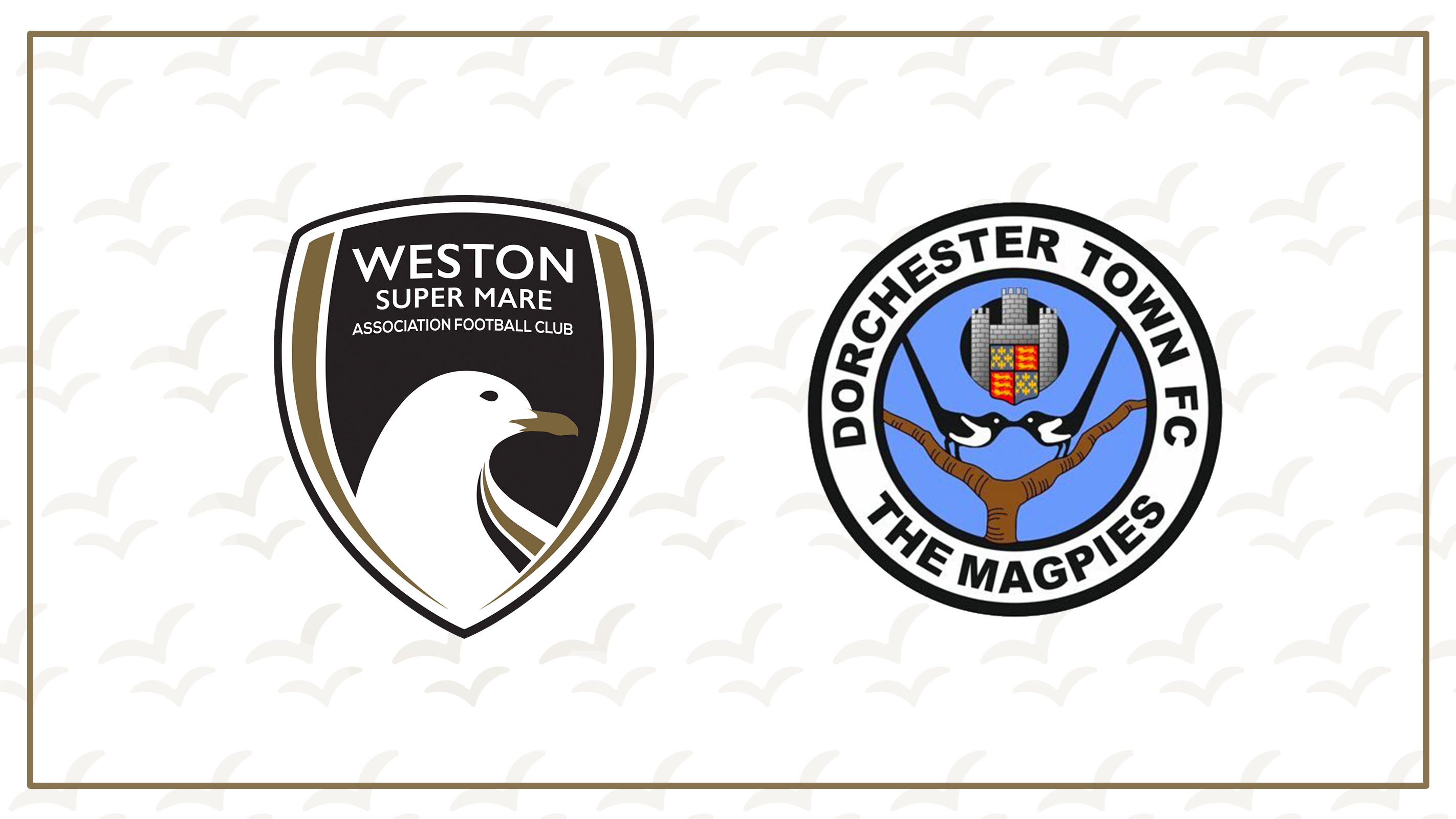 A late Scott Laird header ensured that Weston bounced back from Tuesday’s defeat with a well-fought 1-0 win over Dorchester Town.

Nick McCootie had the first opportunity of the game when Jordan Bastin’s shot was deflected through to him, and the No.7’s toe-poke squirmed wide of the post. Dorchester had their first chance of the game less than 60 seconds later when Alfie Stanley’s low shot was parried by Max Harris, Sam Bayston firing the rebound wide. Lloyd Humphries fired over the crossbar from 25 yards after being found by Bastin.

Bayston fired over from 25 yards after robbing Josh Thomas of the ball 25 yards out before Humphries’ low volley inside the box hit the heels of a Dorchester defender and trickled past the post. Stanley curled over the bar from 30 yards after a Harris clearance fell his way.

Harris pushed a shot from Billy Stedman wide for a corner after he had played a 1-2 with Bayston, with Humphries firing a first-time shot over the crossbar from Bastin’s corner.

The Seagulls were reduced to ten men not long before the interval when McCootie was shown a first yellow card for catching the heels of Charlie Madden. Three minutes into injury time, he was shown a second yellow after challenging Tom Purrington in the air, reducing Weston to ten men.

Bastin’s low strike 10 minutes into the second half was held by Gerard Benfield at his near post, with Marlon Jackson heading a Grubb free-kick over the bar not long after. Charlie Gunson had one of the only chances for Dorchester in the second half, but he drove high over the crossbar from 18 yards after being found by Stedman. Josh Thomas had an opportunity for the first time in the game when he met a clipped Humphries pass in the box, but his header back across goal was wide of the target.

The Seagulls got the vital goal seven minutes from time when they forced a corner on the left-hand side. Grubb whipped the ball into the front post, with Laird getting across his man to glance in a header and celebrate with the Seagulls fans behind the goal in the NK Stand.

The rest of the game was down to Weston’s game management, the hosts holding off any Dorchester pressure and keeping the ball in the corner until the referee blew his whistle for full-time.