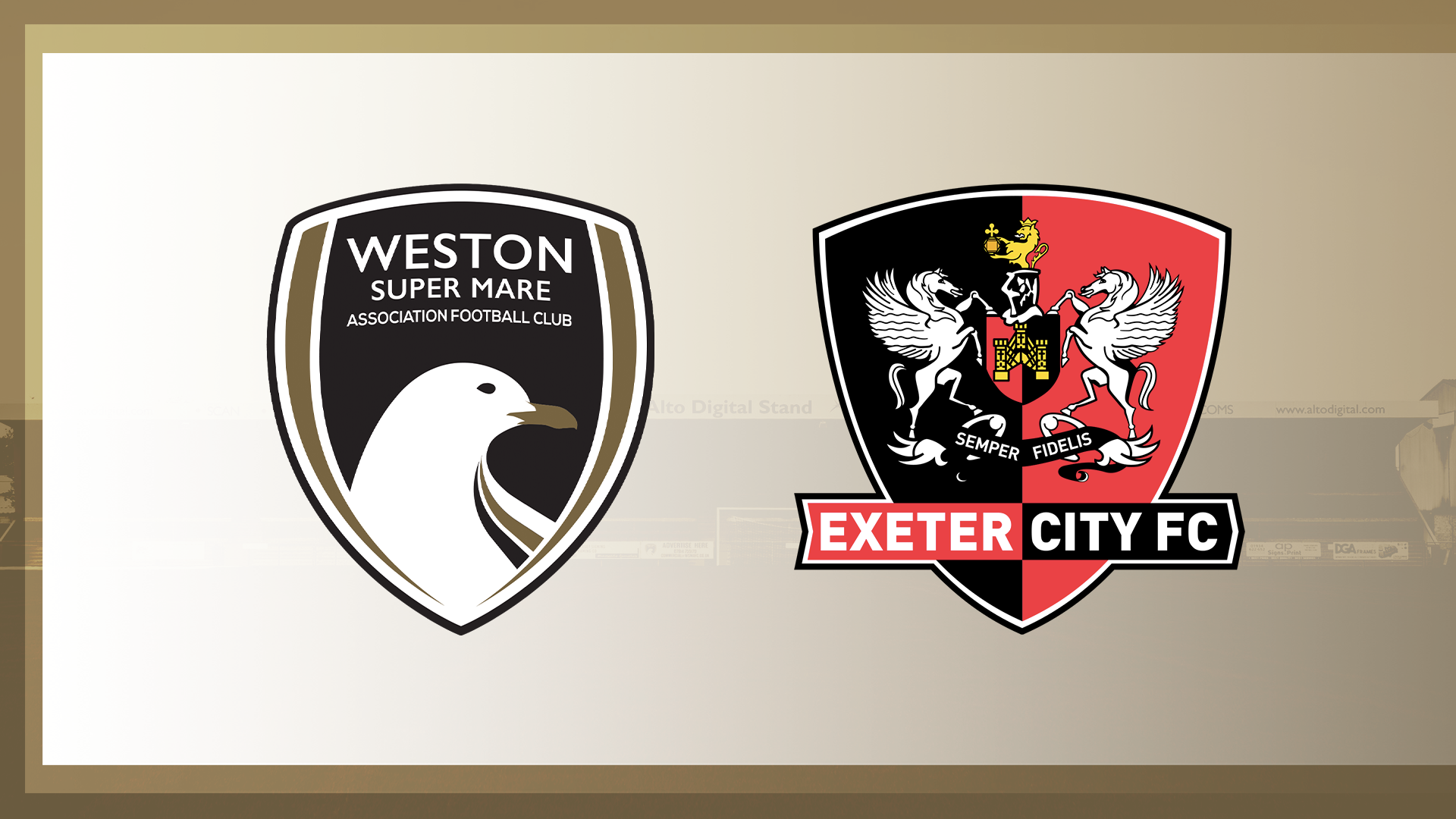 Weston were defeated 5-0 by a very strong Exeter City side in the first pre-season game, four goals coming from forward Sam Nombe.

The game endured a cagey start until midway through the half, summer signing Reuben Reid was the first to have an opportunity yet fired over the crossbar from 18 yards after being slipped through by Jordan Bastin. Matt Jay had the Grecians’ first opportunity when he struck the post from Josh Coley’s chest-down, before he fired over a minute later from inside the area.

Harry Lee was called into action twice in two minutes when he first flung himself to his right to push away a Dayle Grubb effort from 18 yards, before he provided a strong hand less than 60 seconds later when he got down to keep out a downward Reid header from Scott Laird’s cross. Jake Caprice had the final effort of the first half for either side, but fired over on his right from inside the area.

The first goal came seven minutes into the second half when Nombe cut inside from the right and took aim, bending his shot perfectly past Luke Purnell and into the far corner to break the deadlock.

A second goal came for Exeter from young centre-back Alfie Pond. Alex Hartridge’s header from a right-wing cross was kept out by Purnell, but Pond was the most alert to slot in from a few yards out to double the lead.

Purnell kept out a few attempts from Pedro Borges, Tim Dieng, Nombe and Jevani Brown, before Exeter got their third to put them out of sight. Nombe recieved the ball 18 yards from goal and on the half-turn, he drove a low effort past Purnell and into the far corner for 3-0.

Nombe was to claim his hat-trick 11 minutes before the end when wing-back Jack Sparkes played a low cross into the winger, who was able to slot in from six yards.

There was still time for Nombe to get his fourth of the night when strike partner Brown played him through on goal, and the former MK Dons forward kept his cool to drill a shot across Purnell and into the corner.