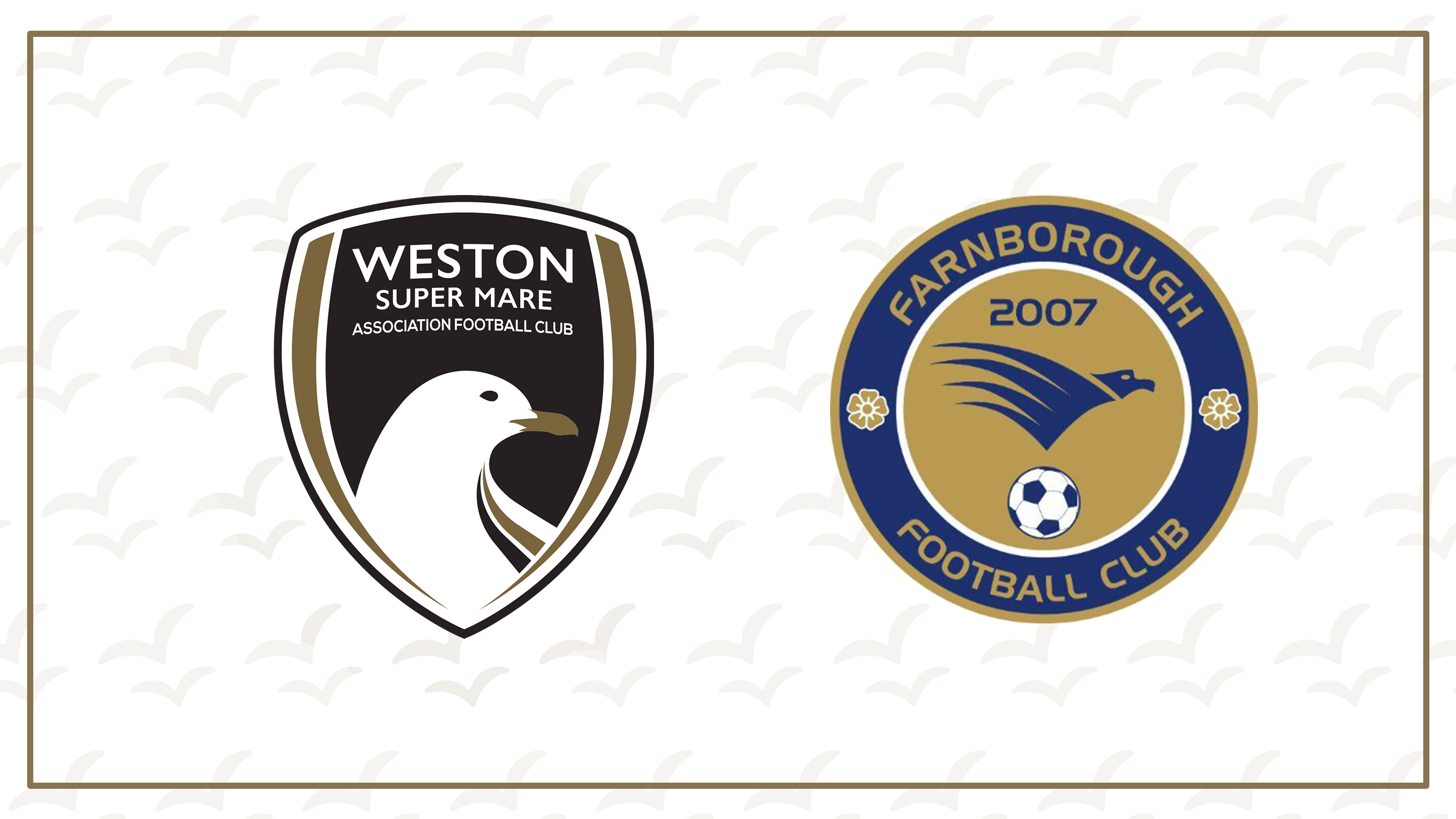 Scott Bartlett’s side were less than 20 seconds away from claiming a big victory over the league leaders until the visitors scored a late equaliser.

Josh Thomas had the game’s first attempt of the night from outside the area but he dragged his effort way wide of the goal which was prevented from going out for a throw-in. Captain Keiran Thomas couldn’t divert his volley from the returning Scott Laird’s cross on target at the far post before Selim Saied dragged his effort wide of the far post in Farnborough’s first attack of the night 18 minutes in.

Jack Turner in the visitors net was the first shot-stopper to be called into action when he was forced to beat away Nick McCootie’s shot after the No.7 cut in from the right, before Alfie Moulden saw an attempt deflected behind for a corner.

The visitors took the lead against the run of play when Sam Deering fed Farnborough debutant Mitchell Parker in toward the box. The No.9 took the ball onto his left foot and bent a wonderful effort into the top corner with Max Harris stranded to give the league leaders a valuable lead.

Harris was down quickly to hold a low Paul Hodges shot from 25 yards, before Moulden fired wide of the target at the other end as he looked to get Weston back level. Despite dominating the majority of the play in the first half, Weston went into the interval behind.

The second half started the same way as the first, the Seagulls controlling the play but unable to find a way in behind the Farnborough defence. The introduction of Jay Murray, Sonny Cox and Jordan Bastin turned the tide however, as the added pace enabled Weston to get further up the pitch at a higher speed.

Weston got their equaliser with 14 minutes to go as with time slowly starting to creep out for Weston, Jacob Jagger-Cane managed to find Grubb 20 yards from goal. The winger took the ball onto his weaker left foot and managed to squeeze his shot into the bottom corner past the despairing dive of Turner for 1-1.

The Seagulls would only remain level for four minutes, as Murray was brought down by Farnborough left-back Jordan Rose out on the wing. Grubb was allowed to swing the delivery into the box and arriving right on cue was skipper Keiran Thomas, diverting a fine header into the far corner to send The Optima wild.

With Farnborough now having to pile men forward, the hosts were reduced to ten men not long before the end, with McCootie being shown a red card for a late lunge on Deering in an attempt to relieve the Weston pressure.

Weston’s backs were now against the wall for the five added-on minutes, Cox having to remain as the lone outlet by himself in his first appearance on home soil. Just as it looked like Weston had done enough to win the tie, Parker swung a deep delivery into the box, Michael Elias-Fernandes arriving unmarked to steer his volley past the dive of Harris and wheeling away in celebration with less than 20 seconds remaining on the clock to earn his side a point.