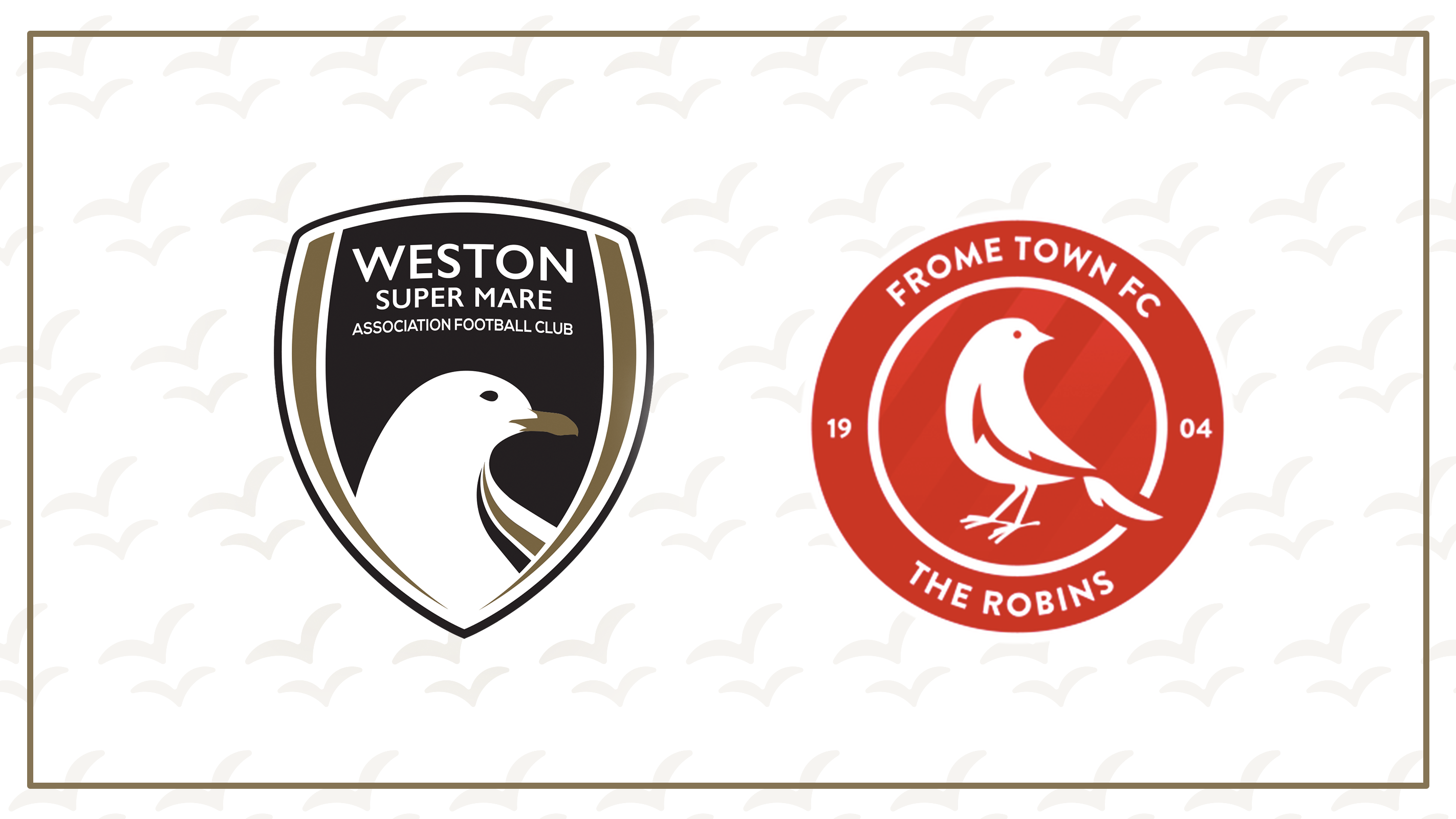 Goals from Prince Henry, Adam Smith and Lloyd Humphries saw the Seagulls progress through to the next round of the Southern League Challenge Cup with a 3-2 win over Frome Town.

Weston were the first to test the opposition keeper, with Keiran Thomas’ strike from long range forcing Seth Locke to tip over the crossbar. From Jay Murray’s resulting corner, the ball in dropped to Henry and his curling shot towards the opposite corner saw Locke tip the ball round the post for a corner.

The next chance wouldn’t see Weston be kept out any longer, as Bastin’s low corner into the area found Henry who drilled in off his left foot to break the deadlock.

Frome were only behind for three minutes however when Nathaniel Williams tripped Jack Witcombe in the penalty area, the referee pointing to the spot. James Ollis stepped up for the opportunity, and sent returning keeper Luke Purnell the wrong way for 1-1.

Frome were awarded a second spot kick just minutes later when Scott Laird’s header back toward Purnell was a little short, allowing Ollis to nip in and poke the ball over the keeper but being taken down in the process. With Ollis off for treatment, Rex Mannings did the honours from 12 yards yet his attempt was held by Purnell, diving low to his right to deny the attempt.

The second penalty chance for Frome saw the Seagulls wake up, with Lloyd Humphries, Thomas and James Dodd all going close for the hosts as they looked to fashion a chance for one goal before half-time.

Heading into the second half, Frome took one of their chances when the ball was fired into Kane Simpson, who had found space in between the two centre-backs. He got the ball out his feet with the first touch and fired in off the crossbar with Purnell beaten to put his side ahead.

Weston themselves weren’t behind for long when a long pass over the defence from Humphries found Adam Smith on the Weston left. Getting the ball under control, he squared up his marker before skipping inside him, bending a shot into the top corner from just inside the area as soon as he got a sight of goal.

The Seagulls retook the lead midway through the first half when Henry got the ball on the left and drove inside. Trying to take on his man, Henry delayed his decision enough so that the supporting men could get up into the box, and Humphries arrived right on cue to fire in Henry’s pass from six yards out.

Weston refused to take their foot off the gas, and they went searching for more goals when Jordan Bastin had a shot blocked, as well as Laird heading a Bastin free-kick wide of the target. Henry, Humphries and Smith also had opportunities to add to the tally in the closing moments but Weston were able to see the game out professionally.