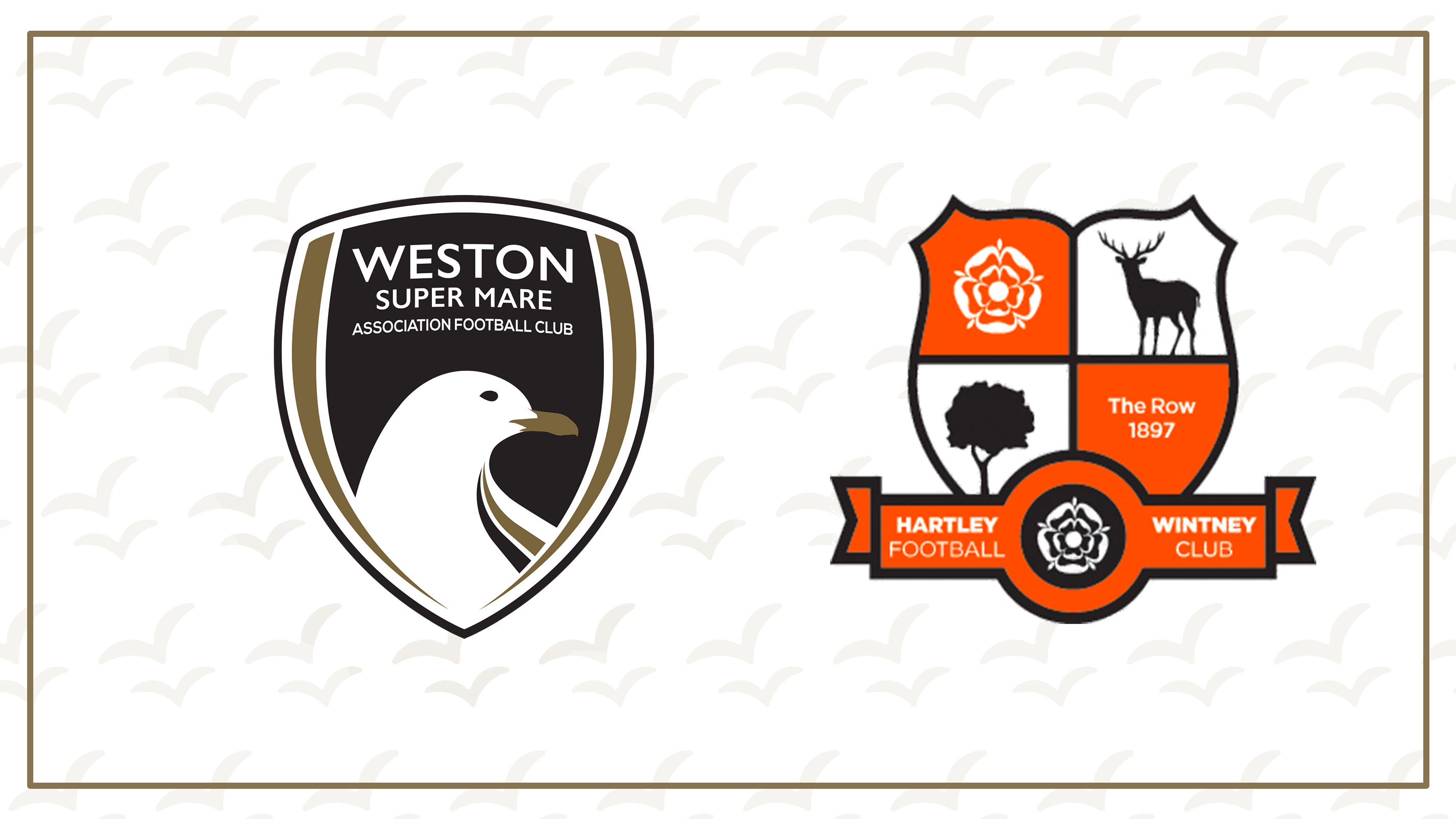 Hartley Wintney came away from The Optima with a 3-1 win against Scott Bartlett’s side.

Jay Murray had the first chance of the game, but his shot from 18 yards was blocked by Harrison Bayley. Down the other end, Reece Wylie’s cross was nodded into the waiting arms of Kie Plumley by Ben Wright. Dayle Grubb then went close for the hosts, his sidefooted effort from inside the area just the wrong side of the post after he attacked a low Scott Laird delivery.

Lucas Vowles then curled wide of the target as he drove inside from the left wing.

The visitors went ahead 10 minutes into the tie through a fortunate goal. Sam Avery’s clearance landed at the feet of Wylie, who slipped Wright in between the centre-backs. Jason Pope lost his footing as he attempted to get tight to Wright, allowing Wright the extra couple of seconds to drill a shot toward goal, it taking a deflection off a Weston man and looping over Plumley.

Sam Argent fired wide for the hosts from 18 yards before Avery’s header down the other end at the back post from a Jordan Bastin corner was just the wrong side of the post. Avery’s centre-back partner Pope then had his own chance from a set-piece but he nodded Grubb’s free-kick over the crossbar.

Lloyd Humphries volleyed wide from the edge of the area after a Grubb shot had deflected towards him before Plumley was on hand to deny the visitors a second. He pushed Wright’s effort down into the ground to the waiting Argent, but the young shot-stopper was quickly up to smother Argent’s effort from six yards with the goal gaping.

Vowles then had a couple of opportunities, a looping header from a Laird cross being held by Hartley keeper Thomas Williams. He then got played through one-on-one by Jacob Jagger-Cane but his shot toward goal was kept out by the foot of Williams. Grubb then curled over the crossbar from a free-kick as Weston looked for a route back into the game.

Their goal came a few minutes before half-time, when they earnt a corner down the left. Grubb’s delivery into the box found Laird at the near post and he glanced in a header before wheeling away to celebrate his fifth goal of the season.

The second half was less action-packed than the first, and Plumley sprung into action as he pushed away Wright’s long-range shot. Bastin had a golden opportunity to put Weston into the lead when he raced in beyond the defence and as Williams slipped on the surface, the winger took the chance on early, curling his shot toward the near post but allowing Williams the time to get up and palm it away.

Weston would be rueing their chances 17 minutes from time when they lost the ball in the left corner of Hartley’s half. Breaking at speed, Khalid Simmo evaded the sliding challenge of Jacob Jagger-Cane in halfway and he was left with the whole of the Weston half to charge into. As Plumley closed the angle, Simmo squared the ball to Josh Webb who could roll the ball into the net for 2-1.

As Weston piled on the pressure, they saw the game run away from them when Wylie doubled his side’s advantage. Driving inside from the right, he jinked past a couple of Weston players at speed and curled into Plumley’s top corner before wheeling away to celebrate.