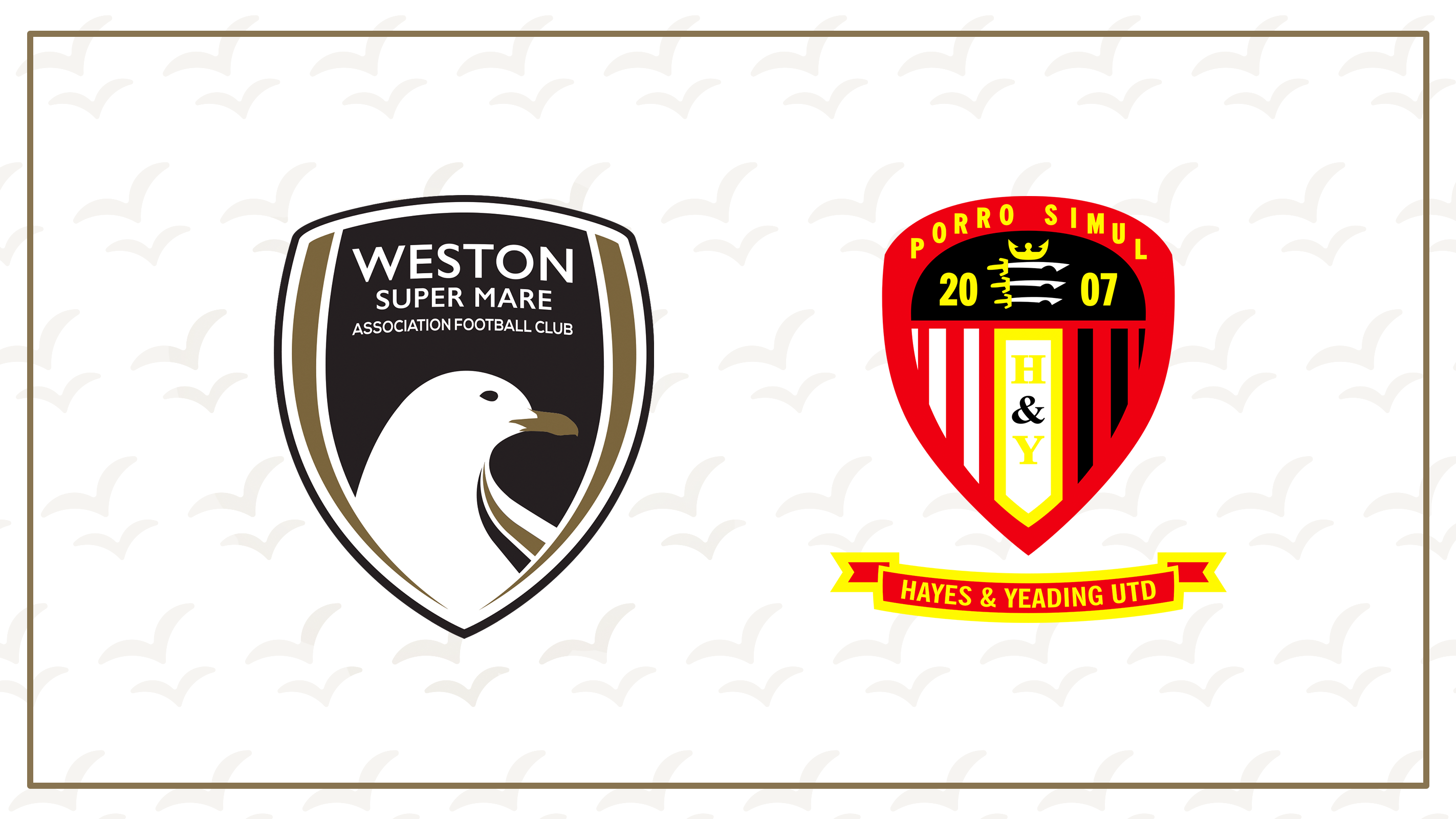 The Seagulls made it ten unbeaten in the league with a 1-1 draw against the league leaders, Hayes having to equalise through a 90th-minute penalty.

Weston had the game’s first chance when Jay Murray’s low cross from the right was turned behind by Keano Robinson under pressure from Marlon Jackson. Dayle Grubb’s initial delivery was cleared back toward him, with his second cross being acrobatically helped toward goal by a Weston player with one of the Hayes defenders having to head off the line. Grubb’s free-kick from 25 yards was deflected behind by a man in the Hayes wall before Max Harris was equal to Francis Amartey’s shot at the near post down the other end. Jack Williams’ cross found Amartey just inside the Weston area but his header was wide of the target before Jackson drove over from 25 yards after turning on a Jordan Bastin pass. Amartey had another opportunity for the visitors when he got in between Josh and Keiran Thomas to drive into the area, his shot from inside the area being palmed over wonderfully by Harris. From the corner, the ball fell to Robinson 25 yards out yet he drove over the crossbar.

A low curling effort from Grubb 25 yards out after some neat interplay between Harris, Scott Laird and Bastin set the winger up for an opportunity. Jack Connors fired wide from 18 yards for Hayes after Cole Brown’s pull-back found him in space. Weston had the final opportunity of the half and perhaps the best chance of the opening 45 when Laird’s pass was knocked down by Jackson inside the area and Bastin’s low strike bounced off the post and away from danger.

In the first chance of the second half, Keiran Thomas headed Grubb’s free-kick over the bar before Jordan Norville-Williams steered a header wide from Brown’s cross toward the back post. Omar Rowe had his only sight of goal during the game on the counter when he cut onto his left foot but dragged a shot into Harris’ arms from 18 yards. The Seagulls broke the deadlock seven minutes from time when Moulden was clipped out on the left wing. Grubb stood over the set piece, and his perfect delivery into the centre was met by the head of Laird, who powered his header past Constable after the Hayes keeper had come to claim the cross.

With a lead to protect, the hosts aimed to prevent their visitors from getting an opportunity in the closing stages however a foul on Brown just inside the penalty area saw the referee point to the spot. Entering injury-time, substitute Moses Emmanuel stepped up to the plate and fired his spot-kick into the top corner despite Harris guessing the right way to end the game.