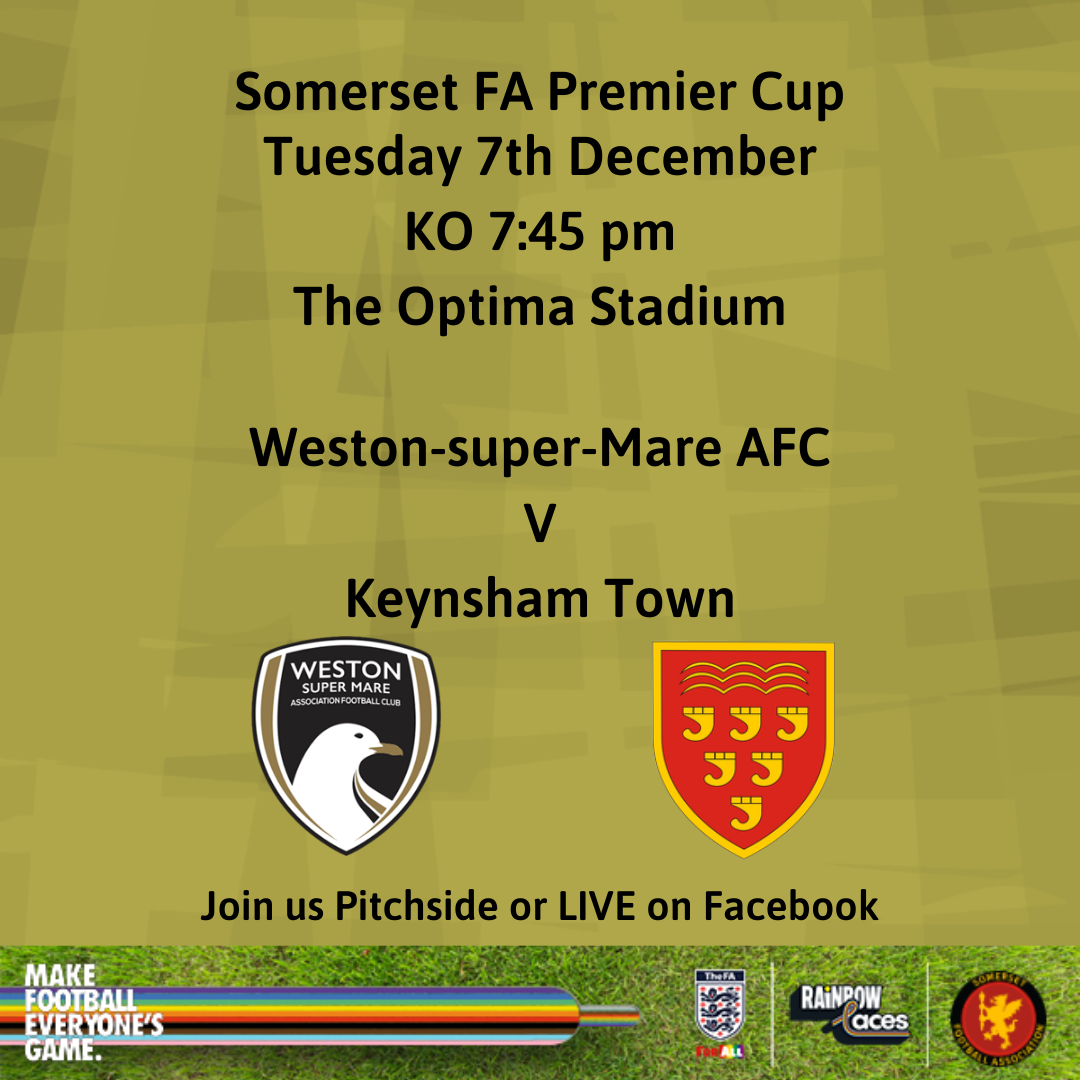 Weston progressed to the Men’s Somerset Premier Cup Quarter-Final with a 4-0 victory against Western League Premier side Keynsham Town.

It was to be the visitors that had the first chance of the game when Callum Baker got down the Keynsham right but his pull-back towards Will Hailston was fired over from inside the area. Captain for the night Jason Pope glanced a header over the crossbar from Alfie Moulden’s corner before Lucas Vowles’ shot from 20 yards was deflected into the arms of Ben Nicholls. Moulden came closest to opening the scoring when he met Will Turner’s left-footed cross from the right, the No.11’s glancing header hitting the foot of the post and bouncing away.

The Seagulls broke the deadlock on the 15th minute when James Dodd drove forward from midfield and slipped in Jay Murray down the right. Murray’s low cross took a deflection off of Mike Grist toward his own goal, Nicholls managing to scramble away under pressure from Prince Henry. The ball fell kindly for Vowles though and he hooked a volley over Nicholls from six yards to claim his third goal of the season.

Hailston curled wide from 20 yards after receiving the ball from Dan Cottle, while a Nat Williams shot from 25 yards at the other end took a wicked deflection off of Scott Gregory and dropped just over the crossbar. Henry had a shot deflcted into the arms of Nicholls after latching onto a loose ball inside the area, before Vowles had a shot cleared off the line following Nicholls spilling a shot by Will Turner.

Henry got his first of the night five minutes before half-time when Turner’s cross was overhit, being retrieved by Vowles on the left side. He stood a cross up to the No.9 six yards out, and the Bristol City header looped a header back across the keeper and into the far corner to double the advantage.

It took the Seagulls less than 120 seconds into the second half for them to get their third of the night, when a long ball down the left released Dodd into space. He looked up and drove a wonderful cross to Henry just a few yards out from goal, the striker tapping into an empty net for 3-0.

In a quieter second half, Weston got their final goal of the night seven minutes from the end when Murray got the ball on the right. His delightful cross was begging to be headed in at the front post and Vowles obliged, powering in an emphatic header to wrap up the night’s scoring.