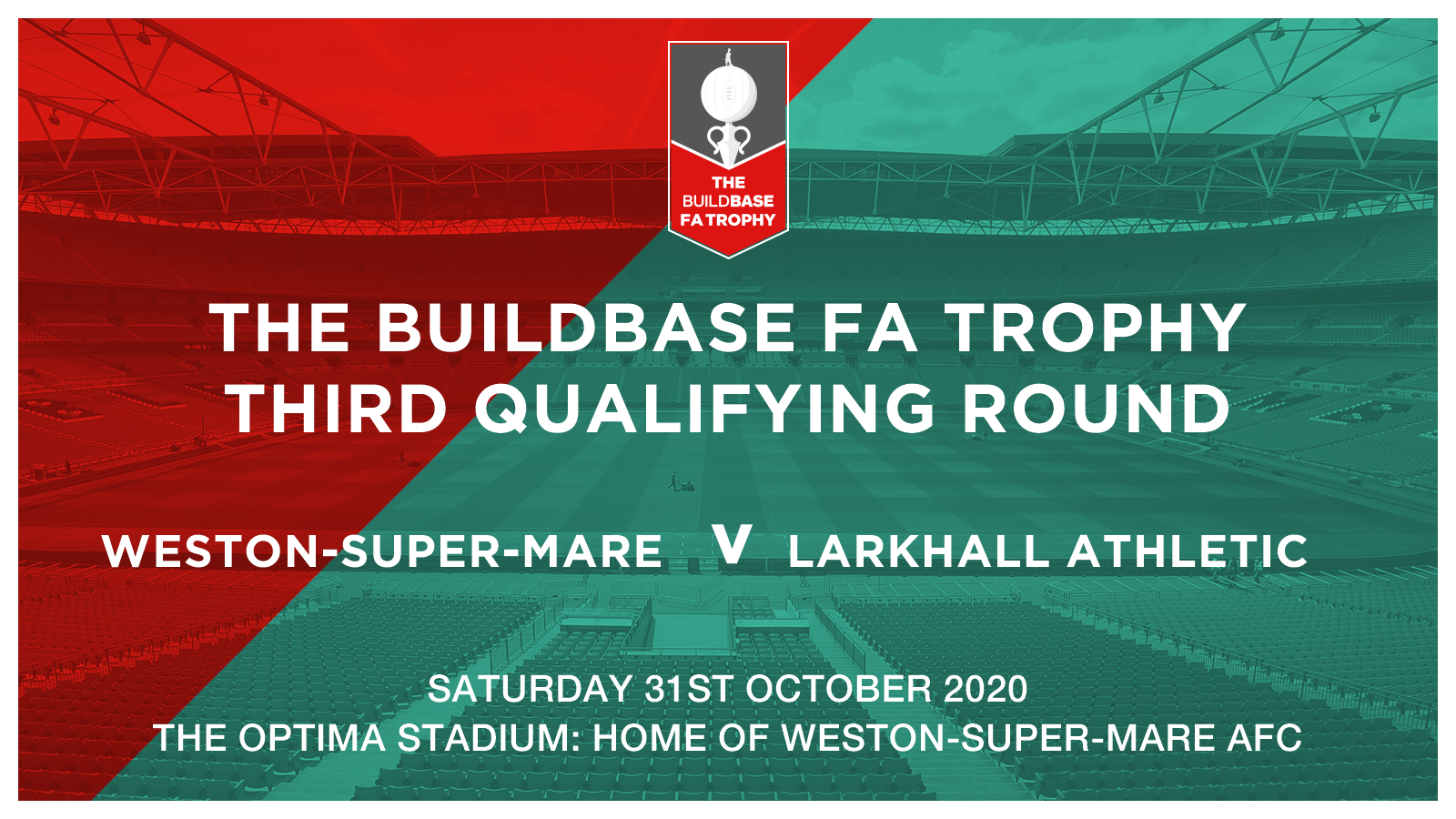 Matt Jones’ powerful strike in the 92nd minute saw Weston progress in the FA Trophy at home to Larkhall Athletic with a 2-1 win.

Alex Lambert had the first attempt of the game for Larkhall, his 25-yard strike being held comfortably by Luke Purnell. James Waite next had a shot deflected wide of the post after Dayle Grubb had played a reverse pass into him, before Waite’s skimming effort across the surface from 20 yards on his left foot was held by Shaun Semmens.

Waite curled over the bar on his left foot after cutting inside, before he had a strike held by Semmens after playing a one-two with Grubb. Grubb was next to have an attempt for Weston, but his one-on-one from an angle was stopped by Semmens who had rushed from his line quickly to stop the shot.

Lewis Hall had a shot deflect wide from 25 yards as Weston continued to search for the opening goal, and Mike Symons then headed over a corner from Matt Jones. Jones next had an attempt for Weston, his header back across goal from a Grubb cross being held by Semmens.

Aaron Parsons threw his body in the way to stop a powerful Lewis Powell effort from outside the area, before Larkhall captain Mike Baker headed over a corner in the last attempt of the half.

Weston opened the scoring eight minutes into the second half when Lloyd Humphries’ ball down the left channel found Scott Laird. His pull-back found Waite just inside the area. and his first-time dink into the far corner left Semmens rooted to the spot.

Larkhall equalised with just under 20 minutes to go when the visitors countered from a Weston set-piece. Danger looked to be averted until Lewis Hall and Luke Purnell had a miscommunication, which allowed Lambert to steal in and slot home from a tight angle.

The Seagulls pressed for the winner, and they got it in added time when Waite played the ball into Symons on the edge of the box. He laid the ball across to Matt Jones, and he drove into the top corner from outside the area for a dramatic late winner.