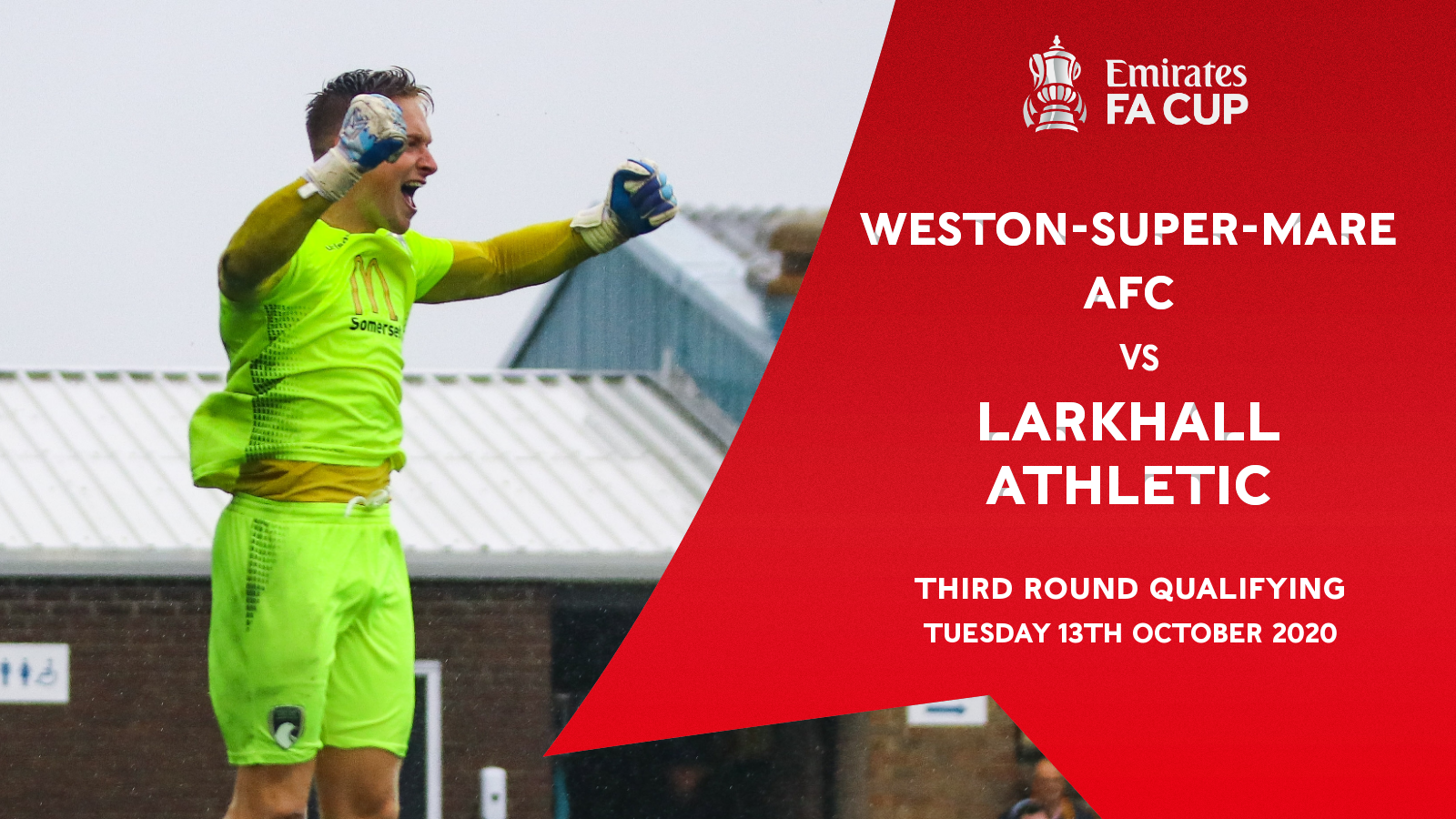 Trebles from Dayle Grubb and James Waite saw Weston progress to the FA Cup Fourth Qualifying Round with a 6-0 win over Larkhall Athletic.

Luke Purnell was the keeper first forced into action by pushing a Joe Tumelty shot away for a corner, before the Seagulls countered which saw Grubb have a curling effort pushed wide by the fingertips of Shaun Semmens. Sam Avery had a powerful header from the resulting corner caught by the keeper.

Weston took the lead with an excellent team goal, Scott Laird intercepting a pass on halfway. He fed the ball into Grubb, who managed to find Mike Symons. He laid it across for Nick McCootie, who fed a wonderful reverse pass through the legs of the defender for Grubb. He ran towards goal one-on-one, taking the ball round Semmens and slotting in from an angle for 1-0.

A second quickly followed when Keiran Thomas escaped the shackles of his man to race into the box, before being bundled over from behind by Jake Thompson. Usual penalty taker Laird handed the responsibility over to Grubb, who stayed composed from 12 yards and sent Semmens the wrong way to give his side a two-goal cushion.

Weston showed that they were really in the goalscoring mood just before half hour, when Waite was fed through down the right by Greg Tindle after intercepting a pass. Haring towards goal, he nonchalantly chipped the ball over a back-peddling Semmens from 18 yards, wheeling away in celebration as the Seagulls got their third of the evening.

They weren’t done there for the first half, when a Grubb corner was missed by everyone but recovered by captain Greg Tindle on the far side. He drove a cross back over towards Grubb, who controlled and fired into the far corner for his hat-trick inside 36 minutes.

In the second half, it took longer for Weston to get into their groove after their interval, but they found the net again with 23 minutes to go. Thomas played a ball inside for Waite, who cut inside and he lasered an effort into the top corner on his weaker left foot to make the score 5-0.

There was still time for a sixth in added time, when substitute Lewis Hall was found down the left. His clipped cross into the centre was split by Semmes, but fell perfectly for Waite who slotted into an empty net for 6-0.