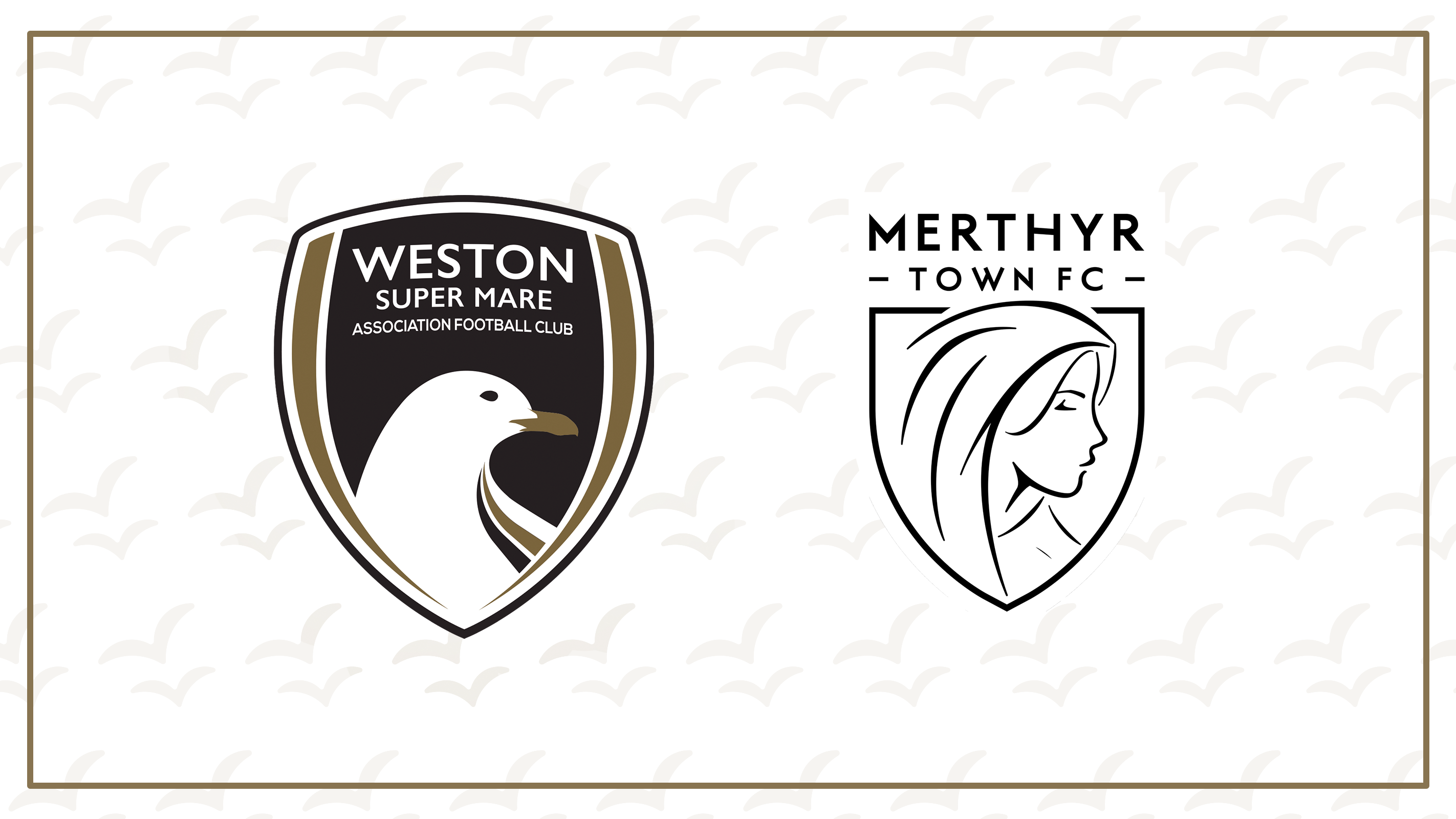 Goals from Sam Avery, Dayle Grubb and Scott Laird saw Weston beat Merthyr 3-1 in their first home league game of the season in front of a bumper Optima Stadium crowd.

Lloyd Humphries had the first attempt six minutes into the clash, firing over wide of Steven Cann’s post from 25 yards. Dayle Grubb had a free-kick attempt blocked by the wall from 25 yards after Nick McCootie had been fouled, before McCootie had the chance of the opening 20 minutes. Grubb’s left-footed cross found the forward six yards out, his volley being clawed away by Cann before Merthyr could clear away.

Humphries again went close with a 25-yard attempt, this time firing a dipping drive just over the crossbar before Lucas Vowles got his first sight of goal in the game. McCootie knocked a long Luke Purnell goal-kick down to his strike partner, Vowles driving into the box and as he got a shot away on his left foot, Daniel Barnard slid in to deflect behind for a corner.

The corner would prove vital for Weston, with the delivery from Grubb going out for a corner on the other side. Jordan Bastin stepped up to swing the set-piece in this time, his delivery right on the money for Sam Avery to leap above his marker and power a header in past Cann to break the deadlock.

It took less than 30 seconds for the Seagulls to score the second of the night, a great team move leading to McCootie getting the ball on the right. His low cross found Grubb at the back post, who slotted in to double the advantage.

Merthyr quickly hit back however, and soon earned a corner. Taken from the right, the ball in was only half-cleared and Daniel Barnard hooked in an attempt from a tight angle to pull one back.

Grubb volleyed over the crossbar from the edge of the area after Laird had knocked the ball down to him before the Seagulls doubled their advantage once again.

A corner was earnt down the Weston left, Grubb swinging the ball towards the back post. Laird rose highest to meet the delivery and headed in from close range, putting the hosts 3-1 up.

Grubb had a shot towards Cann’s near post pushed away from inside the area with substitute Mike Symons firing over the crossbar, before Laird’s powerful run from just inside the Merthyr half led him to the Merthyr area. On his weaker right foot, his shot could only hit the outside of the post.

Humphries had the last attempt of the half, firing a knuckleball free-kick over the crossbar from 30 yards to see out the win.