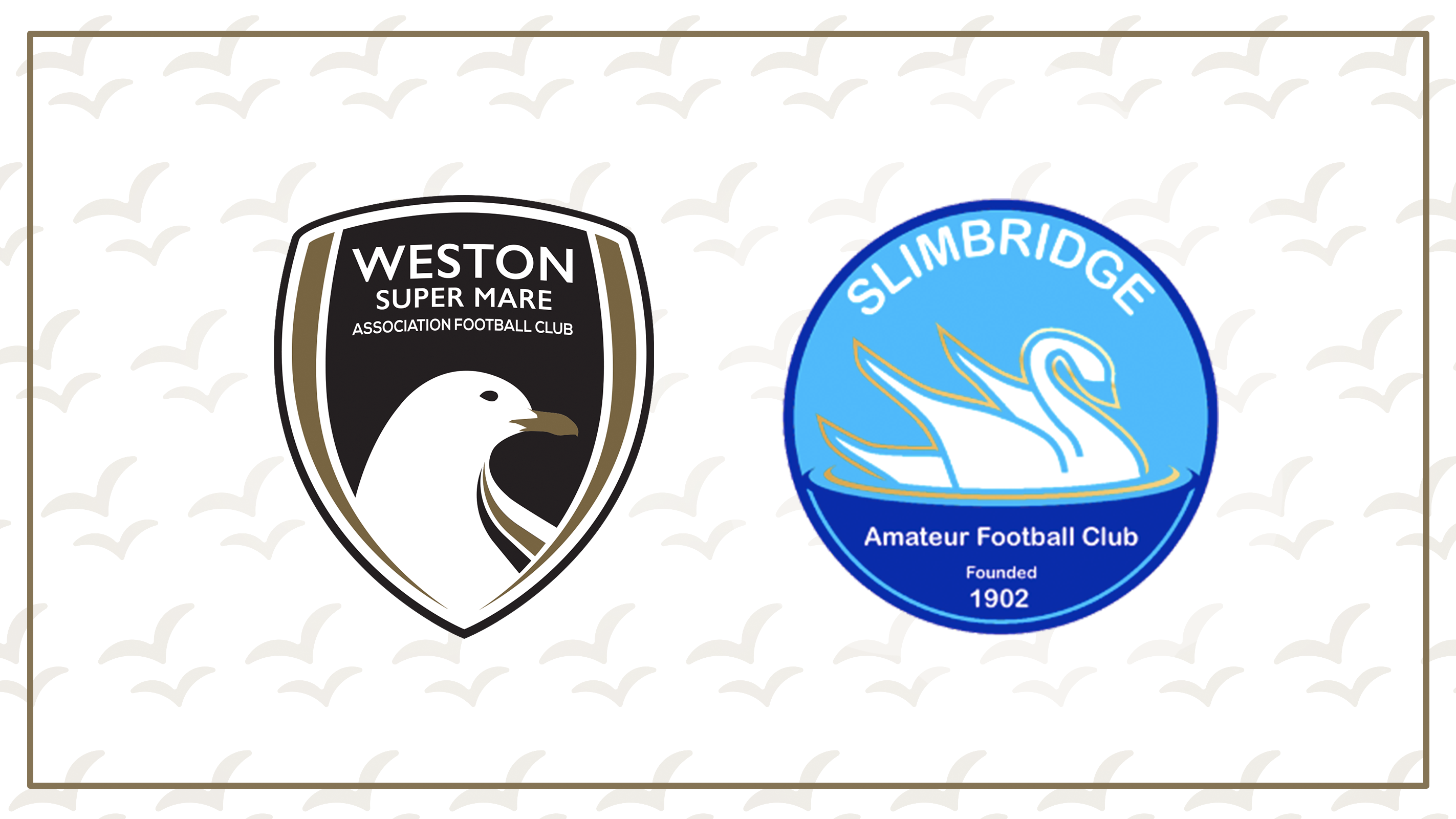 Goals from Lucas Vowles, Prince Henry and Lloyd Humphries ensured that Weston saw off Slimbridge 3-1 to progress in the Southern League Challenge Cup.

Weston almost had the perfect start when Lewis Adams’ throw out was intercepted by Jay Murray, who in turn found Vowles 18 yards out. The striker shifted onto his right foot and saw his shot saved low down by the Slimbridge No.1, with Adams back up to push away Henry’s follow-up shot for a corner. Ethan Dunbar had a shot pushed over at the other end as he shot on the turn following a heavy touch by Luke Purnell.

James Dodd had a 20-yard shot on his right foot held low down by Adams at the other end before Johan Flo fired over for Slimbridge two minutes later after running at the Seagulls defence.

The Seagulls took the lead 11 minutes in when Dodd intercepted a pass in the Slimbridge pass, Jordan Bastin picking up the loose ball. As he drove toward the box, he fed Dodd on the overlap outside him and the midfielder’s pull-back into the middle was tucked in by Vowles for his first competitive goal in a Weston shirt.

Purnell was called into action midway into the half when Flo’s pass into the box found Dunbar, and his shot on the left foot was pushed down into the ground by Purnell, Nat Williams on hand to clear the danger.

Slimbridge were to pull themselves level two minutes later though when Marley Thomas’ free-kick from the left was floated into the penalty area and Nathan Dennis, who had lost his marker, flicked a volley past Purnell with the outside of his right boot for 1-1.

Bastin was to call Adams into action again just after the half-hour mark when a curling free-kick from 25 yards out was pushed away by the Slimbridge No.1 as the half began to peter out.

Weston were to take the lead a minute before half-time through some intricate play in the final third. Jay Murray’s throw-in toward Bastin 18 yards out saw the winger play a lovely disguised pass through two defenders for Vowles to race onto, and his cross-shot across the face of goal was slid in by Henry from no more than two yards out to send Weston in ahead at the break.

The second half took a while to warm up the supporters watching on, and Vowles almost gave Weston a lead through a shot toward the far post after racing onto Noah Smerdon’s through ball, but Adams pushed the attempt away. Marley Thomas had an attempt toward the near post pushed away by Purnell for a corner as the visitors ramped up the pressure, with Flo’s low volley from a Thomas cross later held by the arms of Purnell.

Weston skipper Keiran Thomas came close to a goal when his attempted cross toward the back post was tipped wide by Adams for a corner and from the delivery, Vowles headed Bastin’s cross wide of the target. Debutant Callum Black, who captains Weston’s U18 side, almost got himself a goal to mark his senior debut but he volleyed Bastin’s cross over at the front post and substitute Lloyd Humphries drew a save from Adams after jinking into the box.

Weston were to seal the lead in injury time however when Henry held the ball up and as he looked to weave his way through the Slimbridge defence, he laid the ball off to Humphries 18 yards out. The central midfielder cooly stroked his effort low past the dive of Adams to regain his place at the top of Weston’s scoring charts for the season.