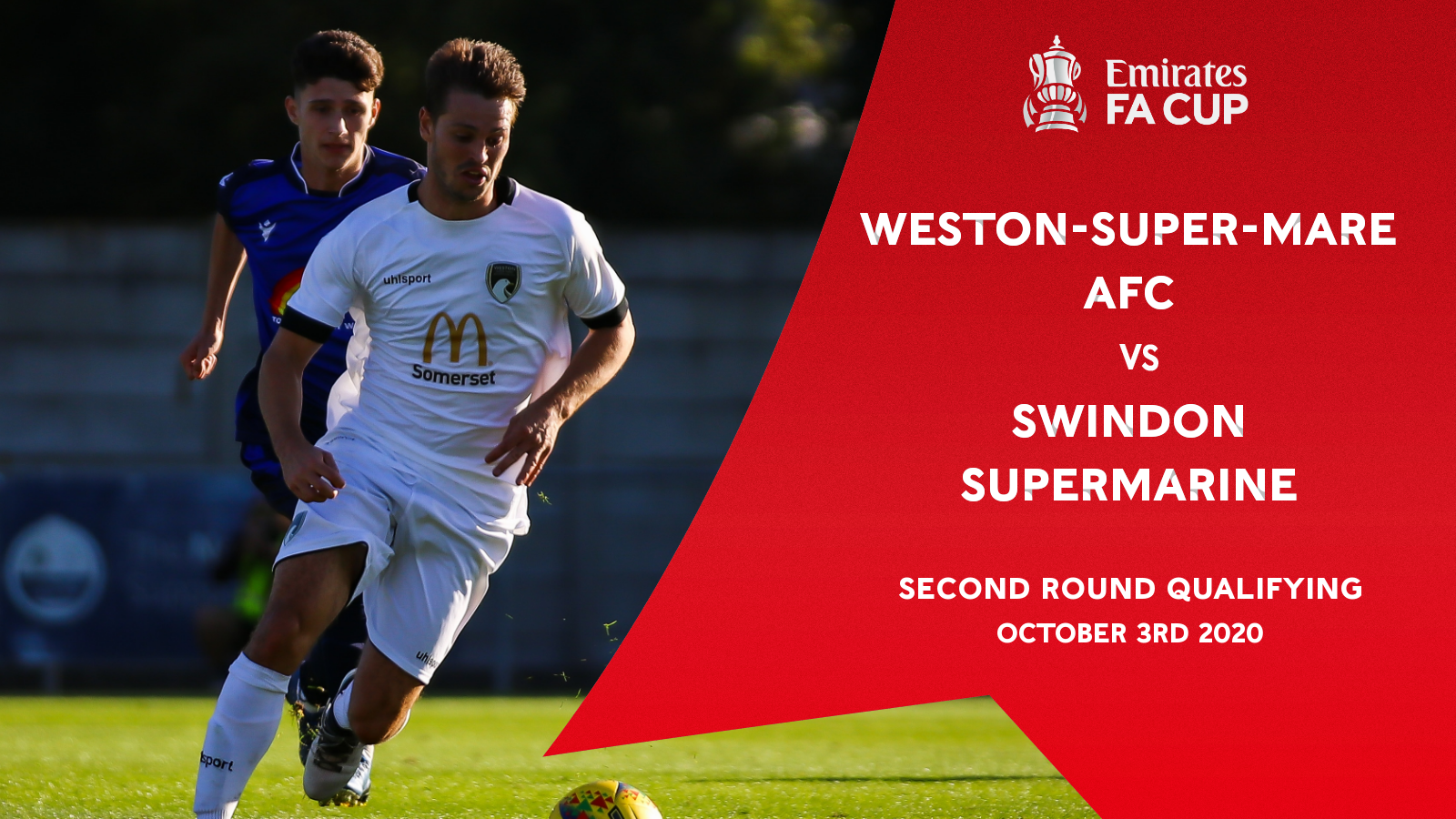 Weston held their nerve in a 4-2 penalty shootout victory over Swindon Supermarine to progress in the FA Cup.

Greg Tindle had the first chance of the afternoon, but couldn’t steer a Dayle Grubb free-kick on target from inside the area with his head.

The visitors took the lead when Nick McCootie was penalised inside the box by pulling Louis Spalding back. Bradley Hooper stepped up to the plate, and sent Purnell the wrong way just nine minutes in to break the deadlock.

Weston immediately ramped the pressure up on their opponents, Mike Symons not getting enough on a low James Waite cross to steer it towards goal before Keiran Thomas had a shot smack off the post and away after the ball fell to him from a Grubb free-kick. Jacob Jagger-Cane forced the first save from Martin Horsell, his strike from the edge of the area being pushed round the post for a corner.

Tindle met a Grubb corner at the near post, but his header flashed across the face of goal until Weston found their equaliser just before the break.
Waite brought a cross down at the back post, skipping past Spalding as he looked for a man free in the box. His pull-back from the byline came to Symons, who stroked the ball into the bottom corner for his first goal of the season.

McCootie had one last attempt for Weston before the break, his powerful effort from 25 yards being beaten away by Horsell.

After the break, Weston continued to take the game to their opponents. Jagger-Cane fired over from 25 yards, before Grubb had a shot from the edge of the area drift harmlessly wide. Waite tried to get his name on the scoresheet when he danced past a few defenders into the box, his shot at the near post being pushed away for a corner by Horsell.

The visitors retook the lead when a Weston attack broke down on the edge of the Supermarine area, and with men committed forward, the visitors saw a great chance to break. One long pass put Conor McDonagh deep into the Weston half, and he dropped the shoulder before firing past Purnell from inside the area for 2-1.

The turning point came inside the last ten minutes though when Hooper was sent off for handball as he attempted to block a cross into the box. Grubb took the set-piece, drifting it into the area and seeing it land at the feet of centre-back Sam Avery. The experienced defender brought the ball down, and lashed a volley in over Horsell to bring the sides level.

One last chance came for the Seagulls in normal time, Laird getting forward on the overlap and his powerful effort towards the near post being held by Horsell, ensuring that the game went to a dreaded penalty shootout.

Both sides scored their first two penalties, before Purnell got down well to stop Ryan Campbell’s effort from 12 yards. McCootie stayed composed to score from the spot, before McDonagh smacked his effort off the bar and behind. Teenage substitute Ryan Jones stepped up to the spot, with all eyes upon him as he calmly slotted into the net to book the Seagulls’ place in the next round.