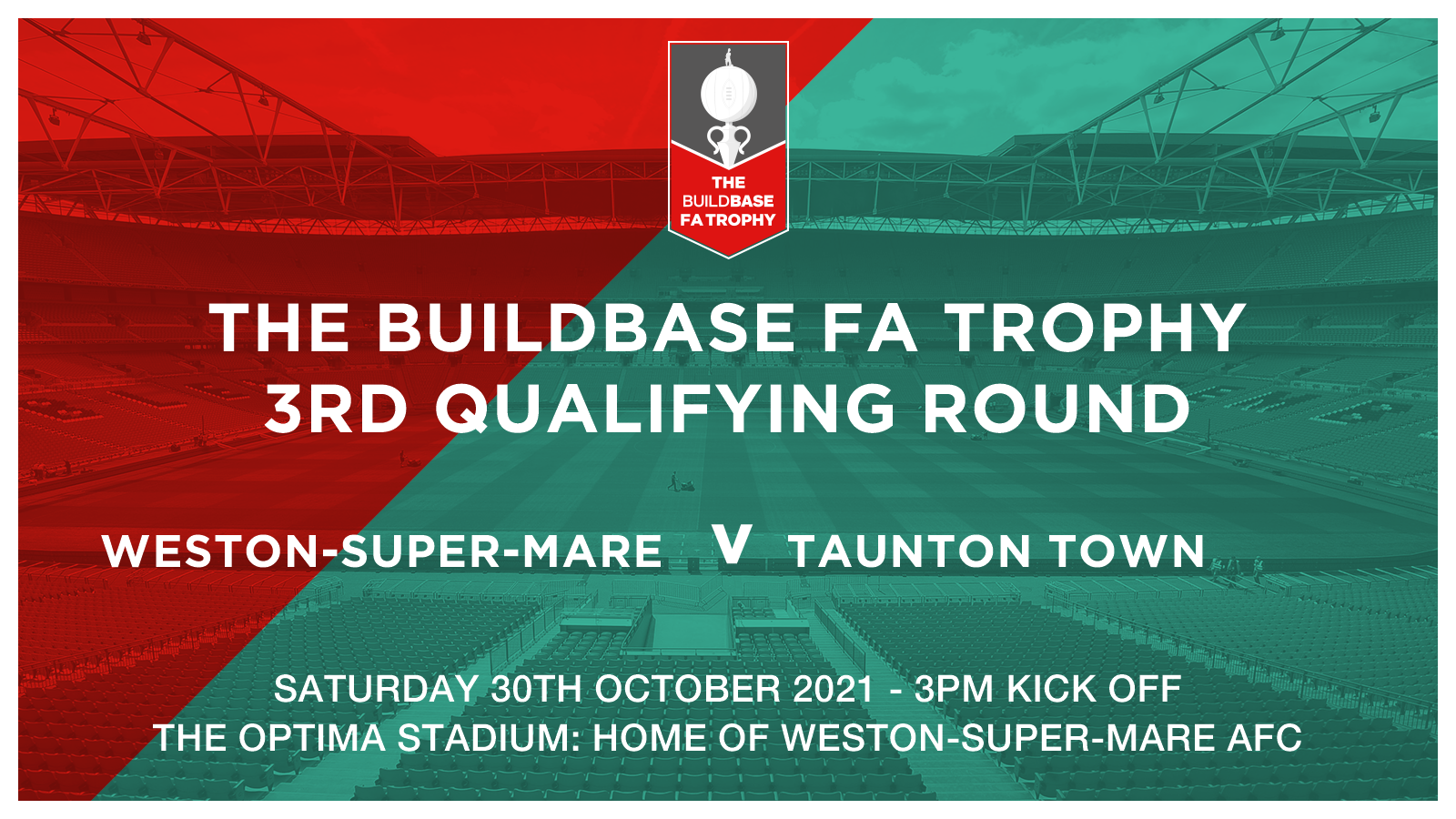 A late strike from Scott Laird saw the Seagulls head through to the Buildbase FA Trophy First Round in a 3-2 win over Taunton Town.

Jay Foulston had the first attempt of the game for Taunton, his volley from 18 yards on his weaker right foot spinning out for a goal-kick. Lloyd Humphries had a free-kick from 25 yards strike the wall in Weston’s first opportunity of the game.

Taunton got their noses in front when a deep corner from Dan Sullivan found centre-back Jake Wannell rising at the back post, and his downward header rolled across the line despite Max Harris’ best attempts to keep it out.

Scott Laird headed a Jordan Bastin free-kick over the crossbar, before a flurry of Weston bodies managed to claw the ball off the line in a goalmouth scramble as Taunton looked to double their advantage. Laird sliced an opportunity wide at the second attempt after the ball had rebounded back to him, his first initial shot being blocked.

Toby Holmes dragged a shot wide of the far post after he had been slid in by Gethyn Hill, before Nick McCootie’s downward header from a Laird cross moments before half-time was caught by Will Buse at the second attempt, initially having to dive low to his left to keep the opportunity out.

Weston went back out in the second half with a determination to get back in the game and they did so four minutes into the second period. Bastin’s delivery into the six-yard area saw a number of players challenge for it, with former Seagull Gethyn Hill getting his head to the ball and glancing it towards his own goal for 1-1.

A Josh Thomas shot from 18 yards was deflected wide, with Nick Grimes heading the subsequent corner from Sullivan over.

The Peacocks were reduced to ten men in the 66th minute when former Seagull Hill was shown a second yellow card, presumably for dissent during a stoppage in play while Nathaniel Williams was treated for a head injury.

Taunton were to get ahead however when a corner from Sullivan was met by Wannell. His header was cleared by the head of Sam Avery straight back to the centre-back, who rifled a left-footed volley into the corner past Harris to give his side the advantage for the final 20 minutes.

The Seagulls were only behind for three minutes though, and a piece of Laird magic got them back level. James Dodd got the ball not far outside the area and he slid a pass through to the onrushing No.3. Laird took aim as he drove the ball low into the area, the ball taking a wicked deflection off of Thomas and rolling through the legs of Buse.

Laird would have the final say of the match as the game ticked into the final minutes, and his moment would be decisive. A pass into Laird by Bastin saw the left-back get the ball out of his feet from 25 yards, driving a low strike past Buse and into the far corner to send the main stand at The Optima wild as well as securing cup progression.