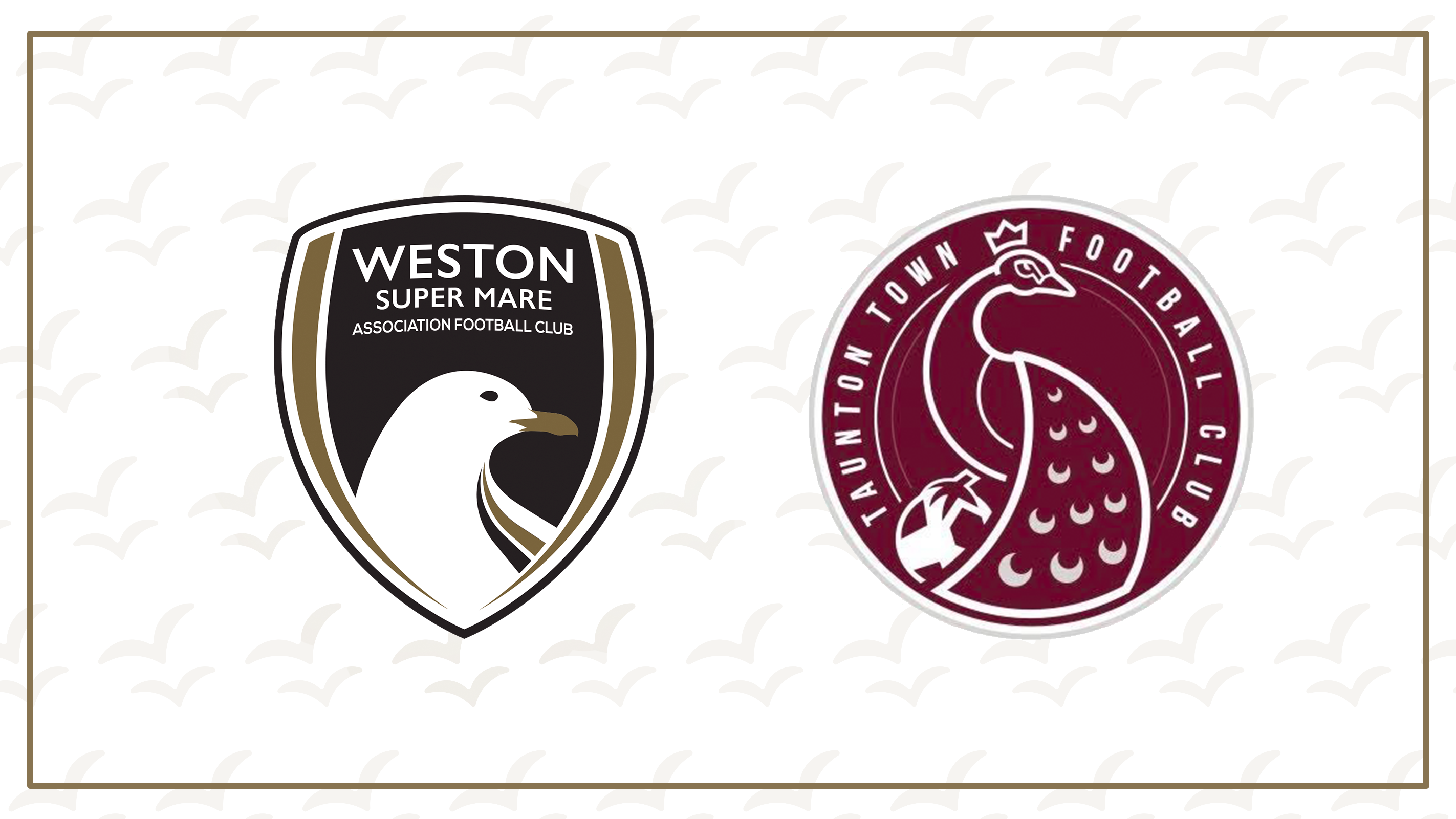 A goal from Taunton Town captain Nick Grimes in the second half saw Weston exit the Southern League Challenge Cup in the Round of 16 by a 2-1 scoreline.

Keiran Thomas had the first chance of the game when Jordan Bastin’s free-kick into the area found the skipper, but he diverted his header over the angle of post and bar. Ioan Richards then headed a Jay Foulston corner wide before Joe Guest hooked a volley wide inside the area for the visitors after the ball had dropped to him.

Taunton opened the scoring when a deep Foulston free-kick toward the back post found the head of Nick Grimes, whose header back across goal was volleyed in by Jared Lewington from a few yards out.

The Seagulls were only behind for 180 seconds maximum though, and they drew level in some style. Lucas Vowles held the ball up inside the Taunton area and despite losing his balance, he managed to squeeze the ball onto Prince Henry. The No.9 turned on a sixpence and drove past Richards into the area, curling a strike into the top corner for 1-1.

Weston came close to a second a few minutes from half-time when a long pass was knocked down to Henry, whose bouncing volley was tipped wide by former Weston keeper Lloyd Irish. From the corner, the ball fell to Jason Pope on the edge of the area and his low effort was cleared off the line by a Taunton defender. In the second minute of first-half injury time, Richards had a header at the back post held by Luke Purnell from Foulston’s free-kick.

At the start of the second half, Lewington had a shot deflected off the foot of Thomas and into the arms of Purnell after Guest had found the striker, before Joe Budd’s low shot was held by the Weston No.1. Lewington had an attempt from 25 yards spilled by Purnell as he attempted to hold the low effort, with Nat Williams on hand to clear away. Substitute Ross Stearn fired over the crossbar from 25 yards when he had men either side of him as options.

The Peacocks were to get their crucial winner in the 71st minute when Stearn was fed forward down the Taunton right and with Weston players caught upfield after an attack, Stearn was left with the chance of hitting the byline with Pope for company. Stearn’s clipped cross took a deflection off of Pope’s foot as he slid in to block, and the ball fell kindly for Nick Grimes who volleyed in from six yards on the stretch for 2-1.

Weston seeked to get back into the game and take it to penalties, Dayle Grubb’s shot from the edge of the area deflecting through to Irish while Ollie Chamberlain drove wide of the target down the other end in a 3-v-1 attack but Taunton were able to see the win out and progress through to the next round of the Southern League Challenge Cup.