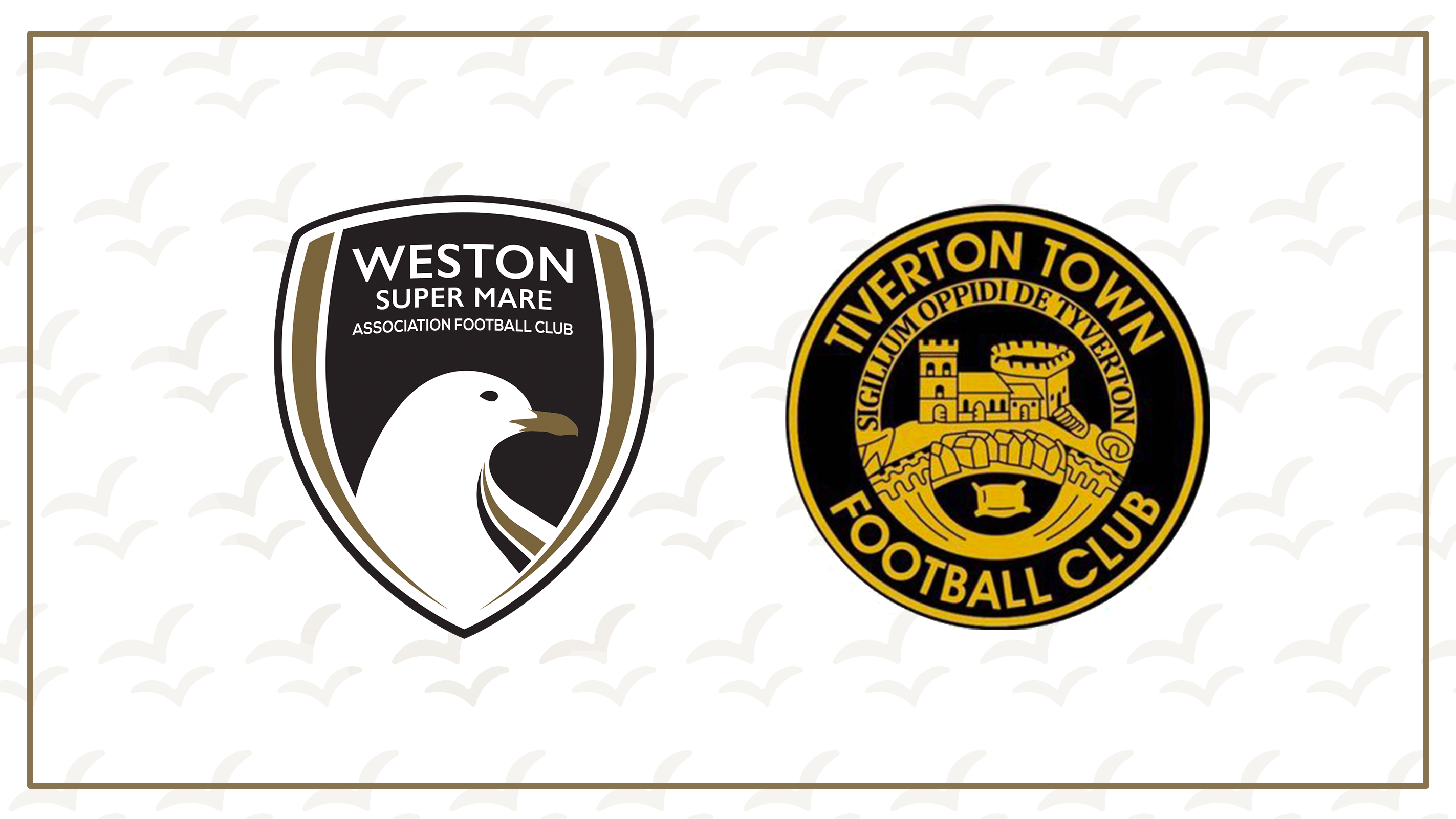 An impressive attacking display by Weston only saw them come away with a point at The Optima.

Captain Nick McCootie had the first chance of the day, meeting Jordan Bastin’s delivery from the left but heading just past the post. Humphries dragged a shot wide from 25 yards as Weston looked on top during the opening 15 minutes, before Jagger-Cane’s clipped cross took a deflection off a Tiverton man and saw experienced visiting captain Craig Woodman to hook off the line.

Laird saw a strike from the corner of the area tipped round the post by Williams, with the resulting corner by Bastin finding Jason Pope at the back post, his diving header striking the base of the post with Dayle Grubb’s follow-up saved by the foot of Williams. Lucas Vowles then forced Williams into another save minutes later, his low effort pushed past the post by the visiting No.1.

Pope headed a Grubb free-kick over the crossbar from 12 yards, before McCootie had a toe-poke saved by the onrushing Williams after he had spun past his marker to race onto a loose ball.

The opening goal of the game came eight minutes before half-time when first-half substitute Olaf Koszela broke down the Weston left. His cross in found Jordan Lam, whose shot was blocked. The loose ball came to Matt Wright however and with Tiverton’s first chance of the game, he slotted in past Luke Purnell to put the visitors 1-0 up.

Weston looked to hit back immediately with Vowles dragging a left-footed shot past the post as he latched onto Pope’s flick-on, before Wright had a strike blocked by Will Turner down the other end as the visitors looked to counter on Weston just before half-time.

Inside the first five minutes of the opening period, Dan Hayfield curled a free-kick over the bar but Weston would finally take one of their chances just before the hour mark.

They worked the ball through the Tiverton midfield and eventually found Bastin in a central position. He had the chance to run at the visiting back three, finding McCootie alongside him. The captain for the day picked his spot and slotted the ball into the bottom corner to equalise.

The Seagulls went in search of a goal that would put them ahead, with Bastin having a shot saved by the foot of Williams after being played in by Grubb.

The hosts only had to wait 12 minutes after their equaliser to take the lead however, and it came through the unlikely source of Scott Laird’s right foot. From a free-kick, he played the ball into Pope who held it up well just inside the area. Finding the onrushing Laird 18 yards out, he knocked the ball inside of his marker and fired into the top corner to hand the Seagulls a deserved lead.

Louis Morrison curled a free-kick over the bar down the other end before Grubb had an attempt from 18 yards flash past the post of Williams after he led a quick counter attack.

Tiverton would have the last say in the scoreline however, when Joe Belsten broke down the right. His cross into the centre found Morrison, the midfielder not connecting cleanly enough with his strike. The ball however rolled to Wright, and his outstretched foot just diverted the ball past the diving Purnell to level the scores.

Weston weren’t to take the late setback lying down however, and they came incredibly close to snatching all three points in the 93rd minute. Humphries drove forward from midfield and as space opened up in front of him, he attempted to place a shot in the corner from 18 yards. The ball, however, struck the base of the post and 120 seconds later, the referee blew for full-time to end an entertaining encounter on Bank Holiday Monday.